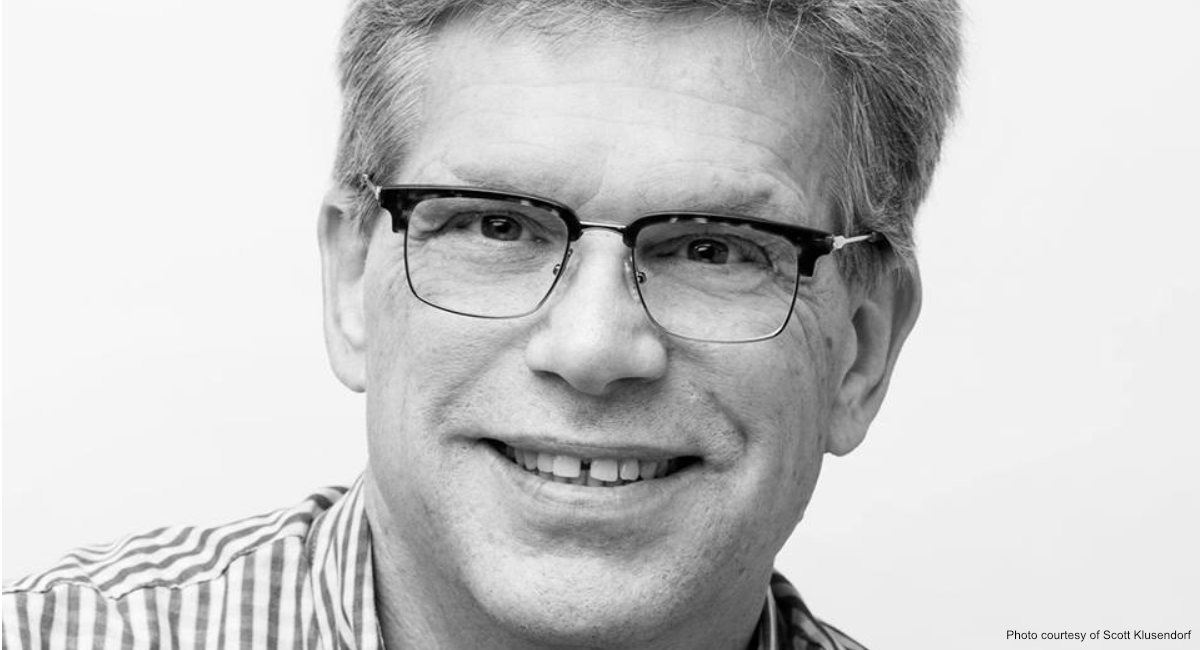 Pro-life apologist Scott Klusendorf founded the Life Training Institute (LTI) with a mission to equip young Christian pro-life supporters with the tools to defend their stances persuasively and courageously to mostly hostile audiences. Klusendorf recalls two profound events that impelled him to become a passionate champion for life.

Klusendorf told Live Action News, “My foray into pro-life activism first took root when I attended a Christian concert at the Long Beach Arena after graduating high school. Lead singer Annie Herring performed a song called ‘Killing Thousands.’ The lyrics really gripped me and opened my eyes to the seriousness of the abortion issue.”

Eleven years later, Klusendorf was serving as an associate pastor at a church outside of Los Angeles when he and 100 other area clergymen were invited to a breakfast hosted by a local pregnancy support center. Surprised to be one of just four attendees, Klusendorf was nonetheless mesmerized by the speaker, Gregg Cunningham, from the Center for Bio-Ethical Reform. Cunningham showed a compelling 8-minute video of an actual abortion procedure. That day changed the trajectory of Klusendorf’s life.

“I just wept when I saw that video,” Klusendorf said. “I immediately resigned from my pastoral position and embarked on a career in the pro-life movement, never looking back.”

For Klusendorf, the impact of powerful visuals that day was stunning. He realized how effective using photos and videos were in changing behavior. He understood that for real social reform to occur, activists must be willing to show the unvarnished truth, even when it’s inconvenient and ugly. He pointed out that photos of world wars and the Holocaust not only teach about tragic historical events but provide a visual commentary on the horrors of battle.

Klusendorf said, “We, as pro-life advocates, must also illustrate the atrocities committed on the preborn. Pro-life groups that reject the use of visuals because they are convinced these graphics are heartless are doing a great disservice to the movement by hiding the cruelty of abortion. For real change to occur, we must understand that engaging in an ideological battle is going to be messy, but necessary and we must never sacrifice the truth in an attempt to be kind.”

A pro-life apologetics purpose is born

In 2004, Klusendorf, who attained a master’s degree in Christian apologetics from Biola University, founded LTI after recognizing the need to defend life at an apologetics level. Other organizations promoted abstinence or shared testimonials and offered prayers, which Klusendorf believed was essential, but few addressed apologetics training, which he saw as crucial in supporting the sanctity of life.

“At LTI, we do one thing only and that is to provide irrefutable tools of thought that can resonate in a secular environment,” Klusendorf said. “We currently have four speakers who provide instruction at schools and churches and even equip attorneys to defend life in the public square.”

During his career in pro-life apologetics, Klusendorf has lectured at more than 80 colleges and universities, including liberal-leaning institutions such as Stanford, Berkeley, UCLA, USC, Johns Hopkins, MIT, and the U.S. Air Force Academy. He authored “The Case for Life: Equipping Christians to Engage the Culture” and has debated well-known figureheads in the abortion industry.

At the crux of the abortion debate, Klusendorf said, is how we define the preborn. Abortion supporters dehumanize the preborn to further their cause, and that premise needs to be challenged. The strategy he teaches focuses on three main points — known as a syllogism: 1) it’s wrong to intentionally kill another human being; 2) abortion intentionally kills a human being; and 3) therefore, abortion is wrong.

Klusendorf said, “Arguments stand or fall on their own merits. The science of embryology dictates that the fetus is a distinct human being at the time of conception. Would these same people support murdering a human being outside the womb? Despite what the pro-abortion industry asserts, debates about abortion have nothing to do with race or gender or whether a person ‘likes’ or ‘dislikes’ women or is for or against women’s rights.”

He cautions that those on the side of abortion aren’t going to give up their agenda easily; they have a vested interest in ensuring abortion stays legal and accessible. That’s why, Klusendorf said, it’s important for pro-life advocates to stick to the syllogism that’s at the core of the debate: the humanity of the child in the womb.

“We must reveal the fallacy of their arguments and not be afraid to counter-punch,” Klusendorf said.

Post-Roe provides opportunities to further cause

In a post-Roe world, Klusendorf believes there is much opportunity for pro-life activists to keep the dialogue moving forward.

Klusendorf said, “We must address misconceptions about life-saving surgeries being denied to women, systematically confront the lies perpetuated by the abortion industry, and adequately educate Christian youth who are pre-disposed to the pro-life view. Equally important is to build pro-life church communities.”

Through LTI, Klusendorf often partners with Summit Ministries and typically trains 2,000 youth a year with great success. But what’s troubling to him is that only 35 to 60 claim they’ve been exposed to pro-life principles at their churches prior to their training with LTI.

“The religious community can do much to further the Biblical view of human value,” Klusendorf said. “And they must demonstrate compassion to those who are post-abortive and be instrumental in guiding them to a loving Savior to find healing and redemption. We must work together to build alliances and bridge the gap by encouraging church leaders to take a more active and vital role in the abortion discussion. Today, that’s more critical than ever.”