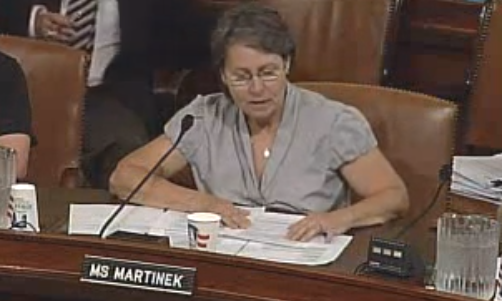 On Tuesday, the founder of Coalition for Life of Iowa testified before the House Ways and Means Committee.

According to the Thomas More Center, New York Representative Charles Rangel, a liberal Democrat, spoke of a “cancer” inside the IRS.

Tea Party advocates and the chairman of the National Organization for Marriage also delivered testimony.

You can read Susan Martinek’s testimony here or watch it below.