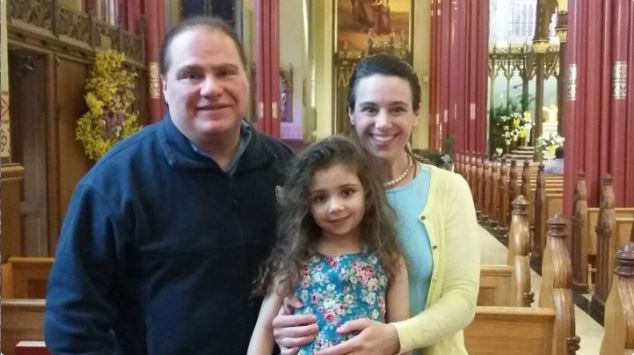 Chris Young spent Tuesday with his wife Kara and their six-year-old daughter Mary at the Rhode Island House testifying together in front of the House Judiciary Committee on a pro-life resolution and the humanity of preborn children. On their way back home that evening, Young, age 51, fell unconscious at the wheel. A GoFundMe account set up for Young’s family states, “His heart gave out.”

Young had been known as a fearless pro-life advocate in Rhode Island for the last 20 years. Tuesday evening was no different. The family was called to testify at about 7:00 p.m. regarding the “Recognizing the Fetus as a Human Life Upon the Existence of a Heartbeat Resolution.” After Kara and Mary had their turns to speak, Young warned the committee about what was at stake if they failed to allow the resolution to move forward to a full House vote.

“We’re not stupid people,” he said. “We can see the world around us. Tyler [Rowley, fellow pro-lifer] spoke well. He said that ‘A child is created in the image of God,’ and Abraham Lincoln said the same thing. He said: ‘Nothing made in the image of God was made to be trodden upon,’ as he spoke about slavery. So, too, the baby in the womb has a face and was created in the same image, and that image needs to be protected.”

His entire testimony can be viewed in the video below:

“God will judge you more harshly, I am telling you right now, he will judge you much more harshly if you do not allow the entire House and Senate to vote,” said Young. “Let them vote! And let them make their position clear to God! This is a democratic republic. We allow for legislation to be heard and voted on. I know you have an order not to allow this out of committee. Bypass the order! For God! For your judgment! I am telling you, you will be judged!”

According to a GoFundMe account set up for the family, Young was driving down I-95 after leaving the capitol when he suddenly lost consciousness. His wife unbuckled herself and attempted to take control of the car, but it flipped, landing on its tires. She and their daughter were unharmed.

Dr. Gerard Nadal, President and CEO of the Coalition on Abortion/Breast Cancer, referred to Young and his wife Kara as “good friends for over a decade” in a Facebook post after news of Young’s death broke.

“I spoke with Chris’s shattered wife earlier today,” wrote Nadal. “He died less than an hour after giving his testimony in the state capitol, collapsing behind the wheel of the car as he drove Kara and their daughter on the highway.”

Nadal added, “This couple has been mocked and derided in Rhode Island by the forces of darkness, but never flinched. Their marriage was rooted in love of God and love of life. They were a pro-life power couple, and Chris’s light went out all too soon. Please pray for the repose of Chris’s soul, for Kara, and their young daughter, Mary.”

The GoFundMe account was been created by Pro Life Rhode Island to help Young’s widow cover funeral expenses and care for their daughter without her husband.

Pro Life Rhode Island called Young’s testimony a “quite remarkable and final courageous act” and hopes “to make this tragic ordeal a little bit easier” for his family.