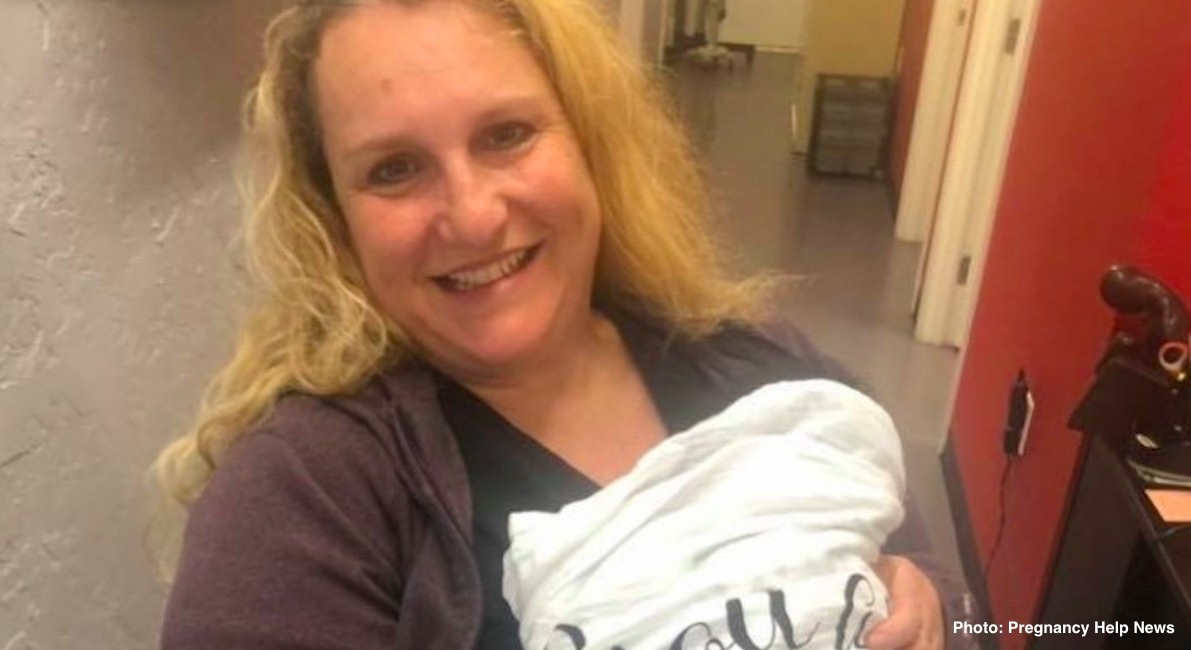 (Pregnancy Help News) Dr. Poppy Daniels was at her son’s football game one Saturday morning when she got the call.

“Mariah” had taken the first drug in the chemical abortion pill regimen and was hoping to save her unborn child by stopping the in-progress abortion in its tracks.

Over the past five years, Daniels had received similar calls from about 10 other women. Some were too far along in the abortion to be helped. Others never called back. One decided to proceed with the abortion anyway.

But Mariah’s story ended differently, thanks to the Abortion Pill Reversal protocol, a treatment which uses the natural hormone progesterone to maintain a healthy pregnancy.

Because of Mariah’s quick call to the Abortion Pill Rescue helpline (877-558-0333), Daniels was able to get her started on the treatment immediately.

Over the course of the next several weeks, Daniels would monitor Mariah’s blood levels and check in on her baby via obstetrical ultrasound scans, ensuring that both mom and baby were healthy and thriving. Once Mariah reached the second trimester, she transferred to another doctor for regular prenatal care, keeping in contact with Daniels throughout her pregnancy.

Then, a few months ago, Mariah gave birth to her baby boy, making him one of more than 900 children rescued by Abortion Pill Reversal.

As a show of gratitude, Mariah visited Daniels with baby-in-tow.

Daniels says that although the father isn’t very supportive, Mariah is doing well, too.

“She really, really wanted women to know that this (Abortion Pill Reversal) was something that they could act on,” Daniels said. “They could change their mind. They could access this program.”

With that in mind, Mariah gave Daniels permission to post an anonymous photo of Daniels and her son on the doctor’s Facebook page.

“This is a very special day,” Daniels wrote. “This is the first successful medical abortion reversal that I have had the honor of participating in. I have been a Progesterone expert for many years & knew that progesterone could reverse the effects of RU-486/mifepristone if it was instituted quickly. We are respecting mom’s privacy by keeping it anonymous but she wanted me to share her story & pictures in the hopes that it could encourage other women who take the abortion pill & regret it or change their minds. In her case, she is so happy she instantly knew that she didn’t want to go through with it & called the Abortion Pill Reversal hotline who connected her with me. She has chosen to parent & as she said ‘I knew everything would end up working out.’ A true #miraclebaby. #happytears”

From the beginning, the Abortion Pill Rescue Network seemed like a natural fit for Daniels.

For the majority of her career, she has specialized in using bioidentical hormones like progesterone to assist women experiencing fertility issues.

Having learned about the use of bioidentical progesterone through the esteemed NaProTechnology of Creighton University in Omaha, Nebraska, she has become thoroughly familiar with the use of the hormone to support pregnancies.

With that experience in her back pocket, she joined the Abortion Pill Rescue Network in 2014, joining hundreds of other medical providers in the effort to save babies, as well as their mothers, from the devastation of abortion.

With their vast medical knowledge and passion, many of these providers are speaking out alongside Daniels, sharing the stories of the hundreds of babies rescued by the reversal treatment.

George Delgado and Matt Harrison, the pioneers of Abortion Pill Reversal, were the first ones to blaze that trail. Now, William Lile, Brent Boles and others are regularly telling their stories, sharing pictures of the babies they’ve helped rescue all across the internet.

The post’s popularity reflects the importance of social media in Daniels’s larger efforts to stand up and be a voice for the voiceless within the medical community.

Considering the abortion industry’s control of the media and popular medical institutions, she says, that’s difficult.

“Unfortunately, the abortion side has way more visibility on social media and the mainstream media, which is how they control the narrative,” she said. “Those of us who are on the frontlines, it’s almost like we’re a drop in the bucket. But I do believe that with social media, that has been able to elevate more pro-life messages than ever before. As much as they try to censor us, you can’t because of the nature of the forum.”

Daniels, who has served as a practicing OB-GYN for the last 17 years, says she has always been pro-life.

“Really, it didn’t seem like it was that unusual to be an OB-GYN doctor and pro-life,” she said. “I’ve always thought of it as treating mother and baby, treating two patients. And so that’s just always been part of who I am.”

But Daniels realizes she is a bit of an anomaly.

“For the most part, a lot of OB-GYNs do not talk about being pro-life,” she said. “And I have always talked about being pro-life, and I think that it’s just a thing that I feel very strongly about. I haven’t always been conservative. I used to be pretty liberal. But even when I was very liberal, I was not for abortion. I was always pro-life, even as a liberal.”

As an outspoken pro-life medical practitioner, she says there are plenty of threats that squelch the voices of her peers.

“The reason more people don’t (speak out), is because, of course, you get backlash,” Daniels said. “You know, it’s like anything else, if you stand up and you speak up, then you’re going to be attacked. And some of it’s just trolls and stupid stuff, but professionally, there’s some people online that are ‘so-called professionals’ and they’re brutal and they will go after you… That’s just the way they do it. That’s their tactic. They will try to discredit you however they can.”

The intolerance of the pro-abortion medical community has left many physicians feeling ostracized.

“They (abortion advocates) are everywhere, they have infiltrated every aspect of all of the major academic centers, all of the mainstream medical journals,” she said. “They’re all pro-abortion. Which is why I left ACOG, why I’m not paying dues to ACOG. Because they don’t represent me.”

Instead, Daniels is a member of the American Association of Pro-life OB-GYNs (AAPLOG), a group of more than 2,500 members and associates.

Recently, Daniels sounded off on ACOG’s pro-abortion biases on Facebook, poking holes in an extraordinarily flawed study the group published this month on Abortion Pill Reversal.

In that study, pro-abortion researcher Mitchell Creinin set out to determine whether the reversal protocol is actually as ineffective as he believes.

“This doctor intended to study 40 women,” wrote Daniels. “They were going to give women who took the first abortion pill and then given them either progesterone or a placebo. If the baby survived, they would be offered a surgical abortion two weeks later. They only enrolled 12 patients, 2 dropped out. 5 received progesterone [the abortion pill reversal treatment] and 5 received placebo. One patient who took progesterone went to the ER but needed no intervention. 4 had continuing pregnancies. 2 patients who took placebo went to the ER, one had a D&C and one required blood. 2 patients had (continuing) pregnancy. So let’s recap! This is an insanely small sample size & wouldn’t have been published by most except the most ideological journal. Those who took the abortion pill had significant bleeding! That points to the riskiness of the abortion pill! But that’s not what the headlines said.”

Based on the study’s complete failure, Daniels couldn’t believe ACOG published it.

“It’s like… ‘Are you kidding me? This is not science,’” she said. “But when your buddies in the mainstream media are willing to write whatever headlines you tell them to write because they’re on your side, they’re not trying to be objective in any way. So it’s laughable. It’s laughable, and yet, they’re going to keep doing it…unless there’s more people like me that will speak out and say, ‘This is ridiculous, and you people are lying, and you’re biased and you don’t care about women, you just care about money, honestly.’”

Daniels says that providing a woman with progesterone costs all of $40⁠—a small fraction of the cost of a chemical abortion, which can reach up to $1,000.

“We’re not making money off of this,” she said of Abortion Pill Reversal. “We’re doing it because we believe it’s the right thing to do.”

“This is a real person,” Daniels said of Mariah. “This really happened. She really did access the program and it really did work. And now her baby’s here and everything is fine.”

LAN Editor’s Note: This article was published at Pregnancy Help News and is reprinted with permission.