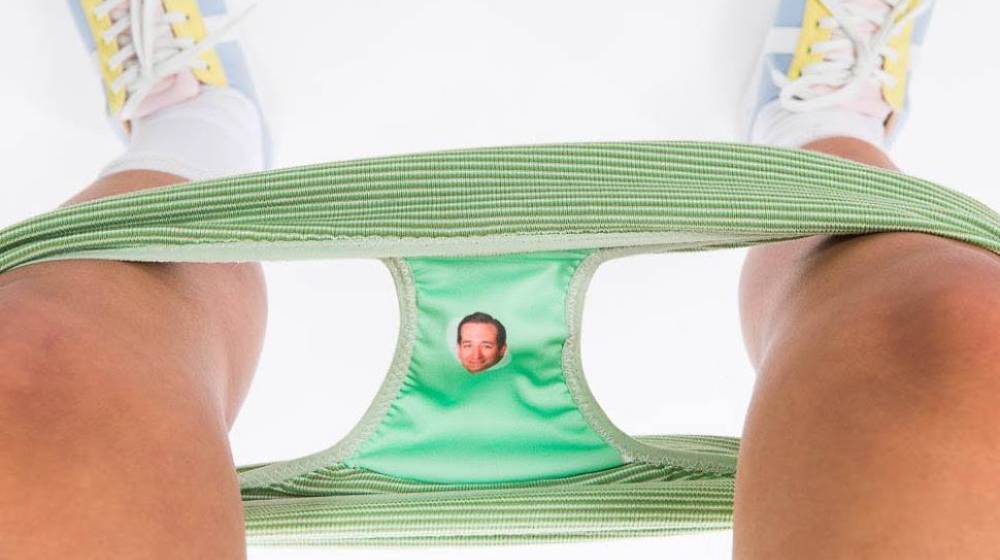 Pro-choicers have done some really weird and disgusting things to promote their cause of unrestricted abortion. There was the witch who made and sold voodoo dolls of pro-life Governor Rick Perry in order to raise funds for Planned Parenthood.

There were the pro-abortion activists who tried to smuggle bottles of urine and feces into a hearing on abortion legislation.   They allegedly meant to throw this human waste at pro-lifers. (Pro-abortion advocates have gone to great lengths to try and disprove their activists did this, despite an official statement in a DPS press release and first-hand testimony from Lt. Gov. David Dewhurst, who saw jars that DPS officials told him were feces and urine).

Pro-choice activists have continued their disgusting and bizarre behavior.  Pro-abortion activist Sarah Palatnik has designed  underwear that allows wearers to menstruate on the faces of pro-lifers.   Palatnik is giving a portion of the profits from sales of the underwear to Planned Parenthood.

Victims of this desecration by proxy include Ted Cruz, John Kasich and Sarah Palin.  Palatnik calls these pro-lifers “blood dumpsters” and says she has received so many orders for the panties that she has had to hire more seamstresses.

Writer Callie Beusman of Vice seems to think that it is every pro-choicer’s dream to smear their menstrual blood on the faces of pro-life politicians. In an article entitled “Finally, you can menstruate all over Ted Cruz’s face”, she says:

…some have criticized [the inventor the panties, Palatnik] for being disrespectful towards the unfortunate candidates chosen as blood dumpsters. Palatnik, however, takes issue with the idea that menstruating on a politician’s photo is somehow less appropriate than restricting women’s reproductive autonomy. “I’m like, ‘It’s actually kind of a little more disrespectful to try to control other people’s bodies,'” she said.

Apparently, according to Palatnik, trying to protect preborn babies from being torn limb from limb is worse than smearing people’s faces with menstrual blood.

This is just another case of pro-abortion activists showing their mean-spiritedness and lack of basic decency.  These pro-abortion “feminists’ have no qualms about demeaning another woman, Sarah Palin, because they disagree with her politics.  The mind of someone who is made gleeful by bleeding menstrual blood over opposing politician’s faces seems very unstable.

From designing voodoo dolls to throwing feces, the strange and disgusting tactics of some pro-abortion activists appear to be becoming more common. I can’t conceive of what they will come up with next.