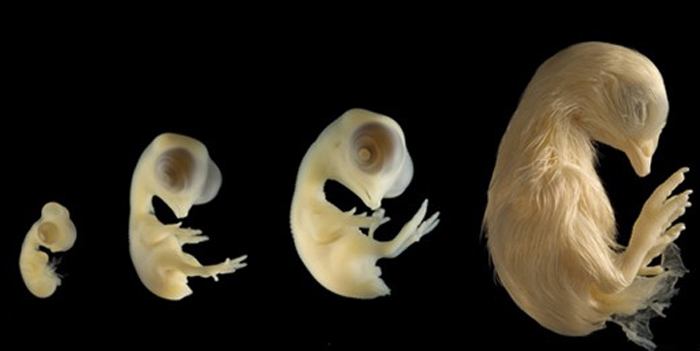 Former abortionist Dr. Bernard Nathanson was pivotal in legalizing abortion in New York before Roe v. Wade. After he became pro-life, he said, “Fewer women would have abortions if wombs had windows.”

Nathanson’s own pro-life conversion came after he observed preborn babies on ultrasound, which was a new technology at that time. He believed that because preborn babies went unseen, it was easy to dismiss their suffering and death in abortion. Because the babies are hidden, they often were (and still are) disregarded by abortion supporters, who focus exclusively on the women they think abortion helps (despite numerous studies showing that abortion is detrimental to women’s mental health). Nathanson believed that if people could see preborn babies nestled in their mother’s wombs, many would find abortion unthinkable.

When something happens to open a pro-abortion person’s eyes to the reality of what goes on inside a woman’s womb, it sometimes brings conversion. This is why many women who are considering abortion change their minds when they see their babies on an ultrasound screen.

In the following account, some pro-abortion students had their beliefs challenged in a biology class.

Ted Merrill, who has performed some abortions himself, wrote about how students in one of his classes started to rethink their views on abortion after they studied chicken embryos:

Extreme positions may be easier when the argument is intellectual. But they don’t hold up at close range. I noticed this in my interactions with college students in an anatomy and physiology class I taught. The nine students in this all-female class were unequivocally in favor of abortion rights when we started the section on reproduction. But something changed when they studied live chick embryos.

I had explained to them that all vertebrates closely resemble one another during early development. Then we open fertilized eggs at various stages. Under a microscope, eggs that have incubated for 36 hour show the first rudiments of an embryo, and a crude tubular structure rhythmically twitching in the center. At 48 hours, you can see an elementary – but definitely formed – heart pumping red blood cells through a looped network of tubes. You can recognize an eye. Just a day later, there are limbs, a face, and a brain that looks like linked sausages.

As the young women looked at these early-stage embryos and watched that amazing little heart beating, they were moved. “If we closed up the shell and put it back in the incubator, would it still grow?” one of them asked me. Another said, “It’s going to die in a little while under the microscope, isn’t it?” A third student declared, “I don’t think we should be doing this.” And while some of my students couldn’t wait to see how the embryo progressed through the later stages of development, others became upset and refused to open any more eggs.

When I brought the talk around to abortion again, I noticed that their feelings were no longer clear-cut. They all upheld a woman’s right to choose, but felt that other factors had to be considered, too.

While none of the pro-abortion students went so far as to embrace the pro-life position, they were made very uneasy by seeing the reality of developing life – even though it was not human life. Their “pro-choice” views had been based on slogans and sound bites; they had never really considered what it is that abortion destroys. Seeing the chicken embryos and their beating hearts was enough to challenge their views.

It is striking how a little bit of reality, even when that reality concerns animals, could cause strongly pro-abortion students to reconsider their positions.