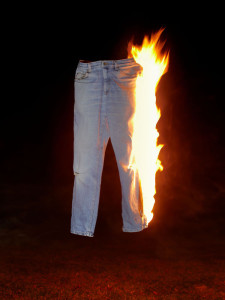 The “fact-checking” cottage industry that’s sprung up in recent years has a spotty record of actually, er, checking facts on matters like abortion, so it’s refreshing when a debunking actually lives up to its mandate. Last week, FactCheck.org’s Eugene Kiely eviscerated an attack ad by the Senate campaign of Montana Democrat John Walsh, which falsely claims Republican Congressman Steve Daines is so horribly anti-choice that he “even proposed making women criminals for having an abortion”:

The ad cites two sources for this claim: Daines’ support for H.R. 1091, the Life at Conception Act, and an Aug. 23, 2012, newspaper article in the Independent Record.

In April 2013, Daines signed on as a co-sponsor of the Life at Conception Act, which says “each born and preborn human person” is entitled to “equal protection” under the 14th Amendment of the U.S. Constitution. The bill is the latest attempt by abortion opponents to declare the “preborn” U.S. citizens entitled to legal and constitutional rights.

The bill is short – less than a page long – and doesn’t mention penalties for violating the law. But it specifically prohibits the prosecution of women who have an abortion.

Life at Conception Act, March 12, 2013: However, nothing in this Act shall be construed to authorize the prosecution of any woman for the death of her unborn child.

That language directly contradicts the ad’s claim that Daines proposed making women criminals for having an abortion. When we asked about that, Walsh campaign spokeswoman Lauren Passalacqua responded by saying, “even with that one-line provision [the bill] still makes abortion illegal.” That’s true, but that’s not in dispute.

So the Walsh campaign thought prosecuting women who abort was distinct enough from merely banning abortion to warrant a separate line in a commercial, but when pressed, the latter is their only justification for the former? Sounds par for the course in the world of pro-abortion logic. [Full disclosure: I also work for the National Pro-Life Alliance, which lobbies for the LCA.]

The Independent Record newspaper article cited by the Walsh campaign also doesn’t support the ad’s claim. The article was about the reaction to Republican Todd Akins’ controversial comments on “legitimate rape” during the 2012 Senate election in Missouri. Daines said he found Akins’ remarks “extremely offensive,” but his Democratic opponent in the 2012 House race, Kim Gillian, claimed Daines’ criticism of Akins wasn’t strong enough. At the end of the article, the paper writes: “Daines noted that his position is the same as the national Republican Party’s platform: That abortion should be legal only to save the life of the mother.”

Passalacqua, Walsh’s spokeswoman, cites Daines’ support for the Republican platform as evidence that he “proposed making women criminals for having an abortion.” She argues, “The Republican Platform does not include any provision to protect women who receive abortions from penalties. Abortion, once illegal would be a criminal act.”

But absence of the language isn’t evidence that Daines “proposed making women criminals for having an abortion[.]”

As if that wasn’t enough, Kiely goes on to note that not only have other major pro-life bills, such as the Pain-Capable Unborn Child Protection Act and Partial-Birth Abortion Ban Act, explicitly exempted abortion-seeking women from prosecution, but also that pro-aborts’ own sainted Guttmacher Institute admits that prosecuting women would be a departure from pro-life legal tradition:

In a paper on the history of abortion before Roe V. Wade, the Guttmacher Institute says abortion was widely illegal in the United States from the mid-1800s to the early 1960s and violating state abortion laws carried “serious legal consequences.” During this time, the Guttmacher paper says, “[w]omen were rarely convicted for having an abortion; instead, the threat of prosecution often was used to encourage them to testify against the provider.”

Kiely and FactCheck.org should be commended for so exhaustively scrutinizing the truth behind Walsh’s lie, but there’s actually one additional detail that bears highlighting.

At MediaTrackers Montana, Ron Catlett points out that the ad’s speaker, identified by the Walsh Campaign only as Helena, MT resident and rape survivor Melissa Barcroft, “is a Grassroots Organizer for Planned Parenthood of Montana and regularly writes for the Planned Parenthood Advocates of Montana website where she has attacked Daines for his pro-life beliefs.”

Granted, rape survivors deserve our sympathy no matter where they work, but hiding Barcroft’s biases and presenting her as a private citizen motivated to get involved strictly by Daines’s actions and not by her own ideology is a cheap attempt to further exaggerate the “extremism” of his already-distorted record.

Further, if Barcroft really was the non-partisan Walsh presented her as, it would be easy to imagine she was merely misled by sleazy political operatives exploiting the horrible crime committed against her. But a semi-professional, self-described “activist for reproductive rights and justice” who works for Planned Parenthood and attends Emily’s List training events has a greater responsibility to know whether the things she says are true—and less room to claim she didn’t know better. Alas, Barcroft also says people who support parental consent for abortion “think their daughters are property,” so it seems that ship has sailed already.

Naturally, an ostensible hard-news report by the Huffington Post’s Samantha Lachman and a campaign round-up by Rachel Maddow hench-blogger Steve Benen “missed” both the truth behind Walsh’s claim and Barcroft’s status as a pro-abortion activist. To their credit, the Washington Post’s Sean Sullivan and the Missoulian State Bureau’s Mike Dennison bothered to check what the LCA actually said (Dennison also thought to ask whether Barcroft’s rape had resulted in pregnancy, which the Walsh campaign refused to answer), but neither caught her true identity.

It’s a pity fact-checkers who operate as advertised seem to be the exception, rather than the rule—they’re especially needed in the abortion debate, where the “right to choose” apparently also includes the right to choose your own facts.