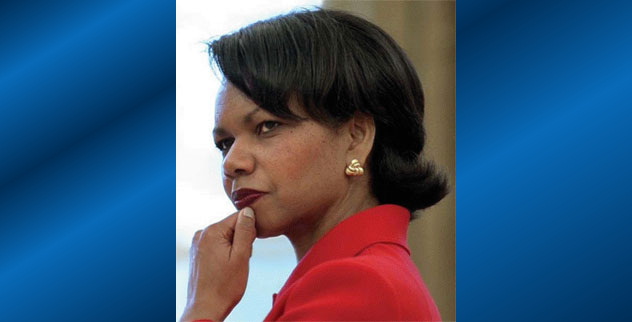 Last week, a rumor that former Bush Secretary of State Condoleezza Rice was a finalist for Mitt Romney’s vice presidential pick swept the internet. Pro-lifers took umbrage at the news, since Rice does not share her former boss’s support for the right to life, and her selection would reignite concerns about Romney’s own reliability on abortion.

Fortunately, the rumor seems to be all but debunked. First, Romney has already repeatedly pledged that his running mate will be pro-life. Second, National Review’s John Fund and Robert Costa have both reported, with a great deal of confidence, that their sources in the Romney campaign tell them there’s no chance Rice will be the pick. Third, Rice herself, already known to have little taste for politics, has reiterated that she’s not interested in the VP slot.

Even if the Romney campaign was ever seriously considering Rice, the backlash seems to have been sufficient to change their mind. And this may not have ever been a genuine trial balloon anyway – it’s possible that somebody floated this as a bit of misdirection, to get people discussing something other than the Obama campaign’s attacks on Romney’s time at Bain Capital. Or it could have been some ex-Bush personnel wishfully thinking about how nice it’d be to make it back to the White House, trying to generate buzz for a pick that would get them there.

Whatever the inside scoop may be, quashing it is for the best. Though clearly an intelligent and accomplished public servant, Secretary Rice’s public commentary reveals some very serious logical gaps. She describes her position as “mildly pro-choice” – she supports parental notification and banning late-term abortion, opposes federal abortion funding, and thinks we “need to have a culture that respects life,” but she doesn’t want to see “the federal government in a position where it is forcing its views on one side or the other.”

To be fair, there is a principled pro-life school of thought that believes that abortion should be decided entirely at the state level. But people who hold that view don’t describe themselves as “pro-choice,” mild or not, and they would apply that standard to early- and late-term abortions alike.

Besides, further comments reveal that Rice’s position isn’t very federalist after all – she also says she doesn’t want to see Roe v. Wade overturned, because “it’s an area that I worry about the government being involved in.” But we don’t get an explanation of why we should worry about government involvement, aside from some weak, fuzzy talk of women not making the choice lightly. Some do, some don’t, and neither factor has any bearing on the injustice of killing a baby. Further, Roe is federal government involvement in the area – it’s the deprivation of every state’s right to vote on the issue for themselves.

Condoleezza Rice comes across as someone whose support for legal abortion is primarily emotional or instinctive, who frames her position as moderately as possible because she’s uncomfortable discussing it. No candidate is well-served on the campaign trail by unsound principles or the unwillingness to explain positions frankly and clearly.