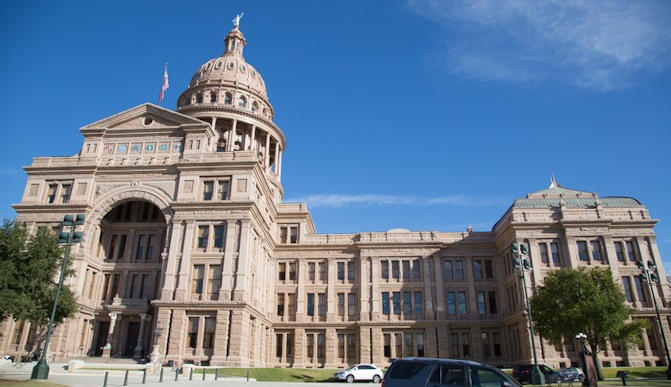 H.B. 2, the Texas law requiring abortion clinics to meet higher safety and cleanliness standards and abortionists to have admitting privileges at local hospitals in case of complications, has been upheld by a three-judge panel of the Fifth Circuit Court of Appeals, the Daily Signal reports.

As discussed previously on Live Action News, abortion defenders claim the law renders Roe v. Wade effectively meaningless by forcing the closure of even more abortion clinics in a state that’s already down to eight. What good is a right to “choose” if women have to travel burdensome distances and pay exorbitant amounts of money to abort? (Never mind, of course, that confusing freedom with “access” defeats the purpose of the former.)

However, the Daily Signal notes that the Fifth Circuit panel based its decision in part on Roe v. Wade’s own concession that the “State has a legitimate interest in seeing to it that abortion, like any other medical procedure, is performed under circumstances that insure maximum safety for the patient,” including “the facilities involved” and “adequate provision for any complication or emergency that might arise.” The panel found “no question” that Texas was exercising a legitimate state purpose, and chided a lower court for “substituting its own judgment for that of the legislature.”

Isn’t it remarkable? Abortion defenders are absolutely certain that everything they want is not only an obviously correct policy decision, but that it’s all constitutionally mandated, making opposition fascistic in addition to foolish. And yet, a pattern is beginning to emerge of their demands being slapped down not by more originalist readings of the Constitution, but of their own Supreme Court precedent. Roe admits a state interest in fetal life, that abortion may be regulated, and even that the preborn would deserve full 14th Amendment protection if their humanity wasn’t (supposedly) ambiguous. And Planned Parenthood v. Casey specifically says abortion waiting periods are lawful.

These might be signs you’re overreaching juuuuust a tad, folks.

Considering that pro-aborts really, really love lawsuits, they’re likely to appeal this ruling. Legal scholars predict the Supreme Court may be inclined to take the case as an opportunity to give a definitive legal definition to the concept of “undue burden.” If that’s the case, pro-lifers should be wary.

That’s not an objective, analytical deduction of the sort the judiciary is meant to handle, like whether federal abortion subsidies are mentioned among Congress’s enumerated powers or whether criteria laid out in statues like the Religious Freedom Restoration Act have been met. No, all laws impose “burdens” of one kind or another, and whether they’re “undue” relative to the issue at hand is a value judgment reserved to the people through their elected officeholders.