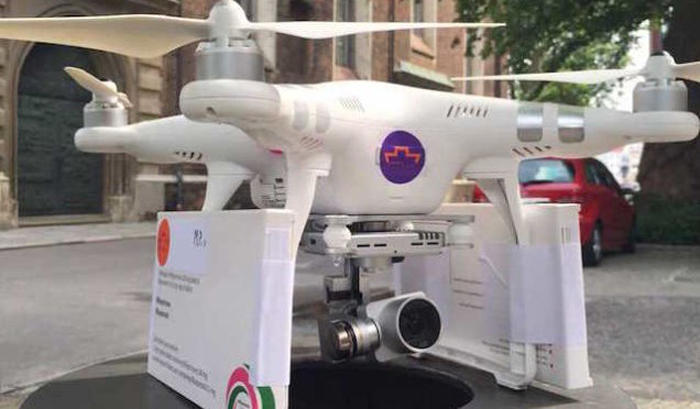 Recent reports about pro-abortion group Women on Waves sending abortion pills to Poland with a drone has sparked insistence by pro-abortion publication Jezebel that we “need” abortion drones in the United States, because places like Texas make it so hard for women to receive access to kill their babies.

Of course, instead of being portrayed as the tragic death of a preborn child, Jezebel makes it sound like the people operating these killer-pill drones are some sort of heroes worthy of praise for helping the needy.

… Women on Waves successfully flew a quadcopter carrying abortion-inducing pills into Poland, a country where abortion is virtually outlawed. The drones carried mifepristone and misoprostol, two drugs that have been approved by the World Health Organization since 2005 as a safe and effective way to terminate a pregnancy…. It is estimated that there are 50,000 illegal abortions preformed in Poland each year by doctors who use outdated tools and charge exorbitant prices for the procedure.

As Jezebel describes more of the story, it says:

Anti-abortion activists threatened the two Polish women with violence and plastic fetuses. Nevertheless, the medication reached them, and they promptly swallowed the pills. It was a symbolic act, as neither of the two were pregnant. (BUT HOW [expletive] COOL IS THIS WHOLE STORY? ARE YOU READING THIS? LET’S BUILD AN ABORTION DRONE ARMY.)

Praising women for the “symbolic act” of taking a dangerous drug only represents the beginning of the ignorance and ineptitude of Jezebel. The story suggests this newly found “abortion drone army” then proceed to Texas — the implication being that Texas has so many abortion restrictions, it requires people to fly in abortion drugs.

The organization, which provides abortion pills to women in countries where abortion drugs are illegal, says it won’t do the same for women in the United States. Jezebel notes that Women on Waves Founder Dr. Rebecca Gomperts said, “American women’s groups have more than enough resources to do what she’s doing.” Gomperts added:

If women’s groups in the US really want to do things for women now, they have to start doing that. It’s not getting better. The laws in the US are getting worse and worse, access is getting worse and worse, you make sure that women have access another way other than clinics. There really has to be some willingness from the abortion rights groups to do the kind of work we’re doing. It’s not necessary that women in the US should have to ask this from us.

Gomperts is correct on that front— it’s not necessary. But women don’t “have” to ask for that. There is no need for abortion drones, or abortion at all. The idea that a culture needs to send drones to deliver pills that kill, instead of using that technology to deliver life-saving medication to people in remote places is despicable.

Jezebel’s blasé attitude about this deplorable act and its call to expand this practice to the United States shows its disregard for humanity. It’s time for pro-abortion extremists to open their eyes and use their resources for something good. If they care that much about needy women in foreign countries, Women on the Waves should be sending needy women medication that heals, instead of medication than kills.