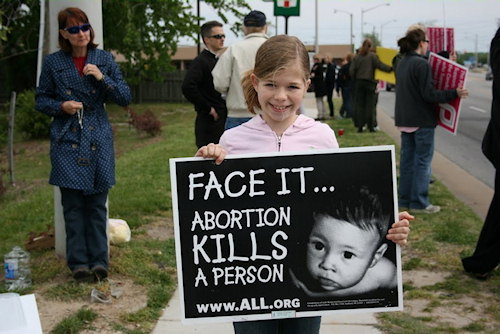 On the Huffington Post, Rebecca Sive, a pro-abortion strategist, wrote a note to Cecile Richards, the president of Planned Parenthood, urging Richards to stop avoiding the word abortion and start defending the “right” to abortion.

Sive warned, “Cecile: Your fight this morning after [the Senate vote against defunding Planned Parenthood] is about just one thing: keeping abortion safe and legal, not about whether ‘… Planned Parenthood can continue to provide Pap smears…’ Please, please: Don’t play us, the supporters you are dependent on, for fools. You can’t win without us; we need you to be straight with us; we both know what time it is, and it’s not the time you’re saying.”

“Cecile: We both know that the fight we’ve been in for the $300 million isn’t about Republican Congressmen being ‘… out of touch with the health care needs of American women…’ We both know it is about access to legal abortion, frequently provided at a Planned Parenthood clinic.”

Sive then turned to Richards’ April 13th appearance on the Rachel Maddow Show, and criticized Richards for twice dodging Maddow’s question about whether abortion services are worth fighting for.

In a clear sign of worry, her own supporters are calling her out. Richards’ inability to speak without making false claims is catching up to her. Richards’ unwillingness to debate abortion, however, is a calculated move. She knows she’d lose.

What do sophisticated pro-abortion proponents say when not avoiding the word abortion? They invoke science, and claim the issue should be decided by facts not ideology. While this tactic is highly effective in media interviews with friendly reporters and hosts who rarely ask any follow-up questions, it’s risky, because the facts prove human life begins at conception. So, if asked, how do they answer? They admit, yes, a human fetus (or embryo or zygote) is a human life, but a human fetus (or embryo or zygote) is not a person. Again, this answer usually goes unchallenged in an interview, but it too is risky, because the word person is neither a scientific word nor a medical word. The “person” argument requires pro-abortion proponents to resort to ideology, which defeats their own argument.

So while Sive, Maddow and many on the pro-abortion side are pleading for a fight, Richards knows the pro-abortion position can easily be exposed, regardless of which argument is used. That’s why she won’t debate. But others, like Sive, seem to be taking the position that debates aren’t lost when one side fares poorly, debates are lost when one side refuses to fight. With the facts and the public moving to the pro-life side, the days of abortion on demand are in serious jeopardy.