Where is the concern for the woman who lost her life? 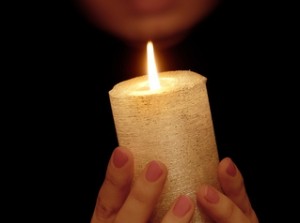 Reaching a new low in journalism, a writer in Salon has compared pro-lifers holding a candlelight vigil for a woman who died in a late-term abortion to the Westboro Baptist Church’s protests of military funerals.

The Westboro Bapist Church holds loud, angry protests outside funerals of soldiers with obscene signs, saying that the soldiers deserved to die. Writer Steven Hsieh apparently sees no difference between that and the quiet, prayerful vigil held to mourn a woman and child who lost their lives in a brutal, unnecessary fashion.

The Salon article shows not the slightest bit of concern that a woman died. The author does not deign even to mention her by name. But she had a name. Jennifer Morbelli. She was 29. Her death matters. At least to pro-lifers. To Hsieh, it seems, her death is less important than the fact that pro-lifers might use it to criticize abortion. The pro-choice cause, then, is placed above the lives of Morbelli and her child.

Pro-choice activists have a long pattern of ignoring the victims of botched abortions. When Suzanne Logan lay paralyzed in a hospital room after her abortion, it was local pro-life groups who raised money to get her a device that would enable her to communicate with her loved ones.

When Dr. Bruce Steir got into legal trouble for stuffing Sharon Hampton’s bowel back into her body after lacerating it in an abortion, sending her home to bleed to death in a car, pro-choicers rallied to his defense with no concern for the victim.

Pro-lifers frequently hold vigils for women who died from legal abortions, support their families, try to bring renegade abortionists to justice, and push legislation to make abortion safer. It is pro-life activists who file malpractice claims trying to get compensation for women who are injured. Instead of asking why pro-life activists are memorializing and honoring Morbelli, Hsieh should be asking why pro-choicers are ignoring her.

Why doesn’t the pro-choice movement care that Dr. LeRoy Carhart has now killed two women? They would not hesitate to rail against the dangers of illegal abortion, but they ignore it completely when a doctor is killing women legally. Despite the fact that two women died under the care of Carhart, Hsieh expresses no concern. He does not seem to feel that an investigation is warranted. Why does he (and other pro-choicers) not care that Carhart instructed his patients not go to the ER, thus putting their lives in danger and making a situation like Morbelli’s almost inevitable? Why no concern that Carhart listed the number of his horse business as the emergency line for injured women to call, and not his personal number, where he could be reached right away? Are these facts of significance only to pro-lifers? Pro-life news outlets are covering these deficiencies in the clinic protocol that led to Morbelli’s death. Pro-choicers are ignoring them.

Rather than viewing Morbelli’s killer as the enemy, Hsieh ignores the injustice of her death and sees the pro-life movement as the enemy. Rather than calling for action that would prevent another women from dying, Salon is taking potshots at pro-lifers. Where is the concern for the woman who lost her life?