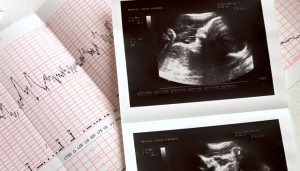 Sometimes the fight to end abortion seems overwhelming, but as we end 2014 and prepare for a new year of the continued fight for life, some of our best encouragement in the battle may come from two vocal pro-abortion leaders.

On a regular basis, my inbox is filled with e-mails from the president of Planned Parenthood, Cecile Richards, and the leader of the Religious Coalition for Reproductive Choice, Rev. Harry Knox. Both the secular and religious sides of the pro-abortion fight have deemed 2014 a bad year for abortion – and they’re already worried about 2015.

They won’t tell you how worried they are, of course. Any concerned words they use are used to twist their fears into fundraising pleas, which fill every e-mail they pen. But between the lines it’s clear: they are quaking in their clichéd boots.

The urgency came soon after the midterm elections, when Knox wrote:

[W]ith election results like those from last week, it’s clear the attacks aren’t going away. They are just going to get stronger. At the same time, anti-choice activists are going to try to sound more and more moderate…. Perhaps the scariest thing to come out of last week’s elections is the waves of anti-abortion advocates elected to state and federal offices, all of whom will make it a priority to further limit access to abortion and reproductive healthcare. (Knox Nov. 11 e-mail)

Less than a month later, Richards sent a letter that was only one of many expressing the desperation of the hour:

I’ve been at Planned Parenthood for eight years now. And I’ve been an activist my whole life. So when I say that the constant attacks and disturbing news for women, for rights, for whole communities over the last few weeks — and months, and years, really — are utterly devastating, that’s saying a lot. (Richards Dec. 15 e-mail)

Richards, in fact, seems so desperate that several e-mails with her loaded language followed over the next few days, all containing a big “donate” link so people can help fight the scary pro-lifers. Richards said:

Time and time again, anti-women’s health politicians have made one thing quite clear: No matter what they say out on the campaign trail, when they win elections, they go after women’s access to basic, preventive care.

That same week, the (not so) Reverend Knox said:

The Christian Right has been emboldened by a series of Supreme Court decisions that went their way. Voters sent fresh new anti-choice legislators to Congress and state houses around the country. New laws are popping up all over the place attempting to close abortion clinics and ban contraception. It’s going to be a rough year. (Knox, Dec. 11 email)

Knox, allegedly a minister of the gospel, repeatedly refers to Christian pro-lifers as some sort of diseased species rather than people of a true faith that upholds a gospel that never supports the elective death of the unborn. He echoes Planned Parenthood so distinctly that it seems as if Planned Parenthood has a religious division that Knox heads.

There is, perhaps, no place where the Christian Right is stronger than in the South[.] … In some ways, the South is where the need for change is the greatest.

There can also be no doubt that religion – Christianity in particular – plays a huge role in southern politics. So, the South is also where you and I, as people of faith, can have the greatest impact.

And while Richards simply lumps all political leaders who are against her baby-killing philosophy of life into one group, Southern or not, her words resound with Knox, as her letter a few days ago details the desperation of the battle:

Next year, we’re in for the fight of our lives. New leadership in Congress and out-of-touch lawmakers in state after state are going to target women’s access to birth control, abortion, and basic health care relentlessly. (Richards Dec. 27 e-mail).

Be encouraged, pro-lifers: the abortion-minded leaders are more scared than their words convey. It’s been a bad year for them. More abortion clinics are closing; more pro-life legislation is passing. In short, the pro-life movement is moving forward.

Of course, his version of  “worse” is our version of what is best: life for the preborn. Let’s make it another bad year for the abortion industry.