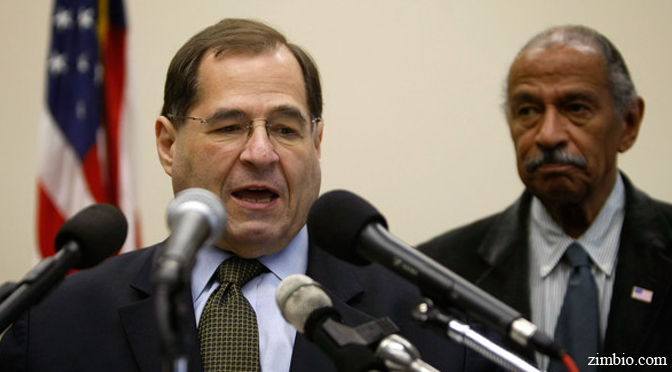 On Thursday, some House Judiciary Committee members who didn’t wish to discuss the topic at hand – abortion – decided to shift conversation toward gun violence, voting rights, and even immigration, reports the Washington Times.

But if they weren’t trying to change the topic, they were asking for certain videos to be stricken from the Congressional record…

At one point, Democrats on the House Judiciary Committee successfully forced a committee vote to strip an undercover Live Action video from the hearing record, since that pro-life video wasn’t recorded in a Planned Parenthood clinic.

As Republican members of the committee quickly gathered, a follow-up vote was taken that returned the video to the testimony of Dr. Anthony Levantino [sic], a former abortionist who gave graphic testimony about “absolutely gruesome” abortion procedures.

Before the Live Action video was featured during Dr. Levatino’s testimony, Representative Steve Cohen (D-TN) played video footage – heavily edited, one might say – of spliced-together sections of video that were edited out of the Center for Medical Progress’s first video release featuring Dr. Deborah Nucatola, Medical Director for Planned Parenthood Federation of America, in an attempt to portray Planned Parenthood as innocent of charges of fetal organ trafficking.

Since the release of that first video, however, full footage of more than ten videos has been released online and examined by forensic experts, who have found no evidence of video tampering or manipulation. Even Planned Parenthood’s own paid forensic analysis found that “there is no evidence that the anti-abortion group behind the attack made up dialogue” and that there was no “widespread evidence of substantive video manipulation.”

Despite this, New York Democrat Rep. Jerry Nadler is quoted as saying that the House hearing was an “entire farce… knowingly based on lies.”

Several committees in the House and Senate are looking into such things as how Planned Parenthood handles its finances, especially its recompense in fetal-tissue donation; whether abortions are illegally tailored to permit harvesting of high-value fetal body parts; whether women are properly asked about donating their fetuses for research; and whether illegal infanticides have taken place.

Other pro-lifers at the hearing were Sue Thayer, former 17-year employee of Planned Parenthood of the Heartland, and Luana Stoltenberg, who spoke on behalf of women who have been harmed by abortion.

Also at the hearing was Caroline Fredrickson, who continued to push the “selectively edited” line about the videos from the Center for Medical Progress – again, despite two forensic evaluations proving that the full, unedited videos were not altered in any way. It was after this, says the Times, that:

Democrats seized on Ms. Fredrickson’s testimony to dismiss the CMP videos and Republican efforts to defund Planned Parenthood. Instead of pointlessly pursuing the organization, several members said, the committee should be pursuing gun control, voting rights or immigration reform.

Republicans said the CMP videos showed that unborn human beings were being subjected to “brutal” treatment and reduced “to commodities.” Several also stated that in their states, if Planned Parenthood were defunded and its federal dollars sent to federally qualified health centers, low-income women, men and families would be able to receive full health care services, not just reproductive services.

The House voted this week to form another committee which will further investigate Planned Parenthood’s role in the sale of aborted baby organs.