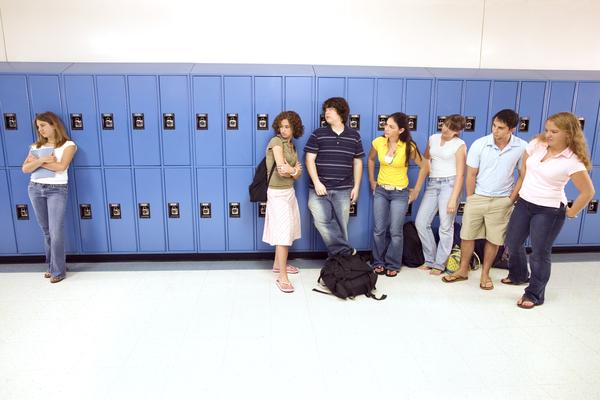 Pro-abortion culture often resembles nothing more closely than the stereotypical high-school clique: right and wrong don’t matter as long as you agree who to hate. Direct your snotty derision at the right target, and who cares if it doesn’t make the slightest bit of sense?

The comparison came to mind as I saw both Jezebel’s Isha Aran and Salon’s Jenny Kutner take aim at the below video, a snippet of a 1992 PSA featuring Buffalo Bills and Washington Redskins stars speaking out against abortion:

As if on cue, both bloggers’ headlines call the ad “bizarre.” And both responses lean heavily on the self-evident ridiculousness of male athletes opining on a woman’s choice, with little effort made to actually refute them.

Aran calls it “Stupid. Troubling. But hilarious,” and a “succinct overview of the world’s worst and illogical arguments against the choice to have an abortion.” How are they stupid and illogical? She never gets around to explaining, beyond block-quoting some “how dare men be pro-life!” boilerplate from NARAL New York. But hey, if you don’t already know why opposing abortion is, like, totally uncool, then you’re probably not worth explaining it to.

Kutner puts in a little more effort, but only a little:

Indeed, some choices are different from others — which is why diminishing a person’s right to make choices about her own body actually diminishes the entire conversation around abortion. There is no way to move the debate forward when the debate itself retains the same misrepresentations of what is the choice in question, really — that is, a personal medical decision with important ramifications. This video wasn’t and isn’t groundbreaking; it’s the same old thing. It’s what keeps both sides stalled and repeating themselves over and over, making the same tired arguments they were making two decades ago.

It takes some serious chutzpah to claim it “diminishes the conversation” to disagree with pro-aborts on the outcome of the conversation. “A person’s right to make the choice” isn’t some preliminary background detail—it’s the entire point of contention. However, “misrepresentations of the choice in question” do indeed keep the debate stalled—such as Ms. Kutner’s lie that it only involves “her own body,” rather than the body of an indisputably alive, human, and innocent victim.

Look, the featured players aren’t going to win any debate tournaments anytime soon. And there’s no denying that whenever you try analogizing serious issues to sports, some of the results are going to be corny, the worst offender probably being Ernest Byner’s “I want the right to choose heads or tails when the ref tosses the coin.” But rhetorical clumsiness doesn’t change moral substance, and for Byner’s point, “You never have the right to choose something evil, like abortion,” these lefty ladies have no response.

Nor could the cool kids manage a rebuttal to other players’ points:

People are important because they are human beings, not because of what they do. While desiring a higher quality of life is valid, it is nothing compared to life itself. Don’t make the terrible, irreversible mistake of abortion […]

What kind of choice are we being offered by pro-abortionists? Between what and what? After all is said and done, the choice is simply this: to have a dead baby or a live baby.

And in a 1993 column on the PSA, Chris Godfrey indicates the full video not only involved a female perspective, but one especially hard to mock:

Perhaps the most effective words spoken in this video are spoken not by a man, but by the quietly remorseful Barbara Metzelaars, whose husband Pete is a Buffalo Bill. While the Bills worked a miracle comeback against the Oilers to advance in the playoffs, Barbara mourned the killing of her own unborn miracle. Hers is the honest, but often suppressed story of regret and pain that lies behind the unthinking call for “choice.”

That’s ultimately the most clique-like facet to this hate fest: the petty, childish values that are supposedly important enough to warrant lies and bile are only getting in the way of what really matters. Unfortunately, high school in-crowds tend to be easier to outgrow than the abortion clique.