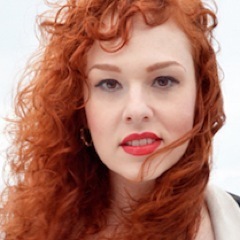 The Hobby Lobby Supreme Court case has abortion activists extremely riled up. The way they carry on, you’d think that David Green was personally mandating whether or not his female employees could have sex and use birth control. Of course, Hobby Lobby already covers 95% of prescription birth control — they’re just not willing to cover abortifacients like IUDs, Ella, and Plan B. And they aren’t preventing anyone from using it, either. They just don’t want to pay for it.

This is evidently unthinkable, and predictably, the pro-aborts are losing their minds over it. Conservative website Twitchy highlights the rantings of one rather vile pro-abortion comedian, Laura Levites, in two posts. In the first, Levites talks about castrating Hobby Lobby president David Green, along with every conservative Christian man alive. In the second, Levites tells a pro-life teenager that she should be murdered.

@BethanyBowra yes it should, you should be murdered

@CardsFANNorm god wants you to shove your bible up your ass

Let that all soak in. This is how this rabid pro-abortion extremist reacts at the mere thought that a company could choose not to pay for abortifacients and abortions. In defense of abortion, she wishes castration and murder on people. Oh, it’s not serious, she’ll say. It’s just a joke, where’s your sense of humor? It’s ironic! Lighten up!

Maybe the problem is that most sane people don’t find it funny when an adult woman tells a teenage girl that she should be murdered, or that a man should be castrated just because of his religious beliefs. But then, in her eyes — and the eyes of too many pro-abortion extremists like her — they deserve it. After all, they dared to speak up against abortion and for a company trying to stand by its Christian values. They clearly had it coming. It’s not like we have free speech or anything. And should we really be surprised? Levites is all for the murder of unborn children. What’s the big deal if a bigger child is also murdered?

This is the kind of sickness that is so pervasive in the pro-abortion lobby. Don’t forget it.