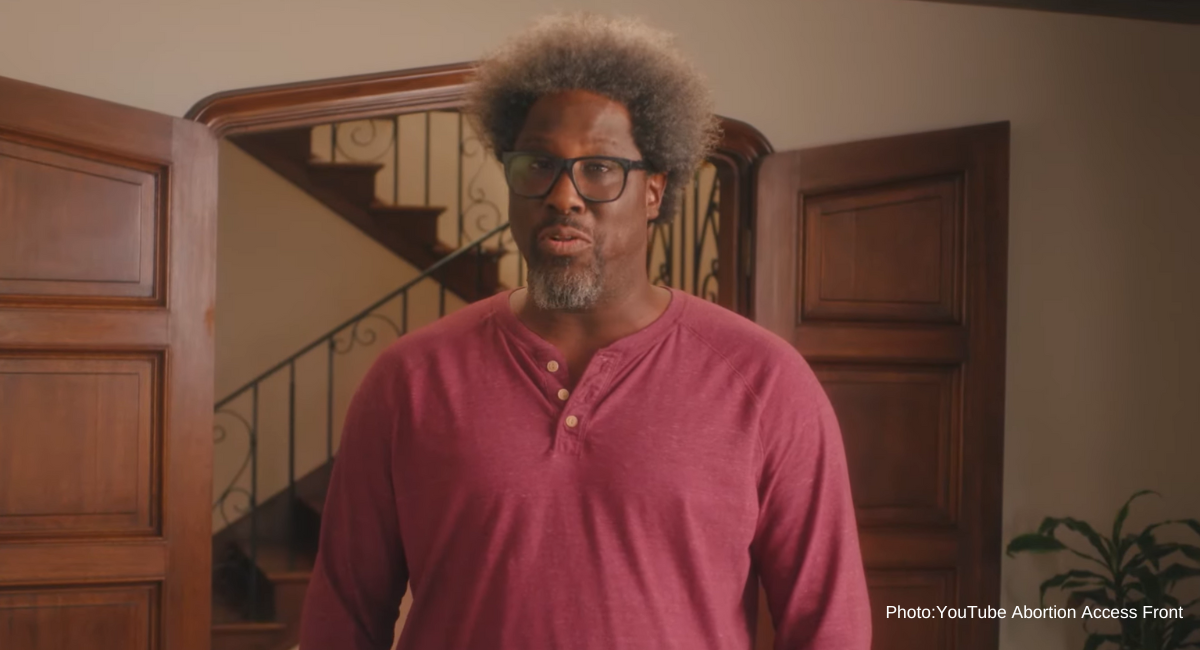 Comedian W. Kamau Bell partnered with pro-abortion groups to create a Father’s Day PSA called “Dads for Choice,” urging men (who have long been told by pro-abortion women to keep their mouths shut on abortion) to support abortion access. In the video, he suggests that for Father’s Day, men don’t want a typical gift — instead, they want the assurance that they can have sex with the ability to kill any child they create.

“Dad does so much for the family,” Bell begins. “This Father’s Day, give him what he really needs. Not a home brewing kit. Not socks. Give him safe and legal access to abortion.”

In other words, because “Dad does so much” for his born children, he should be allowed to kill any others he creates.

“Dads, if you’ve ever had sex and not had a kid, it’s likely birth control or abortion played a role,” Bell adds. He suggests that if men — especially those who are already parents — can’t convince their wives or partners to have abortions they will “end up spiraling into poverty.” This is unlikely — unless the man leaves the woman because she refuses to have an abortion.

Bell then claims that there is nothing about abortion in the Bible and argues that there’s nothing in a random “Supreme Court of the United States ruling” that would ensure the government helps care for families who can’t kill off some of their children. A woman in the video then states, “It’s almost like this is just a way for a few fragile men to use religion to control our bodies.”

Yet, “hands that shed innocent blood” are listed among the “things the Lord hates” in Proverbs 6. Killing an innocent human being is a great moral evil, and it’s an action the Bible explicitly condemns. That’s just one of many times the Bible points to abortion as being wrong.

Bell concludes by stating that men should celebrate Father’s Day by celebrating abortion because men have “benefited” from it. While some believe this, abortion has caused trauma for many men who had no power to rescue their children from abortion.

READ: Satire meets reality: #ProChoiceMen vs. an actual ‘pro-choice’ man. Can you spot the difference?

Bell’s wife then tells men, “Welcome to the fight. We’ve been waiting for you” — a laughable comment, as pro-abortion women have told men for decades that they aren’t allowed to talk about abortion, despite the fact that it was pro-abortion men who convinced feminists to get behind ‘abortion rights’ decades ago.

“Dads for Choice” was created by Offsides Productions, co-produced by Daily Showco-creator Lizz Winstead of Abortion Access Front, and written by Adam Mansbach, the bestselling author of “Go the F*ck to Sleep.” If it’s meant to be funny, it completely fails. Abortion oppresses innocent human beings to the point of death, and it harms women, children, men, and society.

Legal abortion in the U.S. has led to 63 million dead babies, heartbroken men who were deprived of the ability to save their babies from abortion, and ill-intentioned men who pressured their partners into abortion. There is absolutely nothing to celebrate about this. The likely reason abortion enthusiasts are “welcoming” men into the “fight” for abortion now, is because they know they are losing the battle.