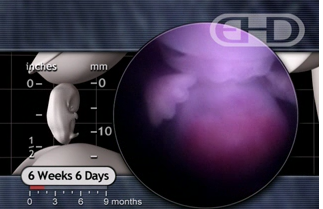 Medical science has determined that a true heartbeat does not occur until about 20 weeks gestation; however, cardiac cells are able to emit detectable electrical activity as early as six weeks gestation.

This cleverly worded bill not only bans abortions after a heartbeat is detected but includes language specifying cardiac electrical activity as well – hence, the six-week ban on abortion.1

In fact, the word “electrical” does not appear anywhere in the bill. The bill defines heartbeat as “cardiac activity or the steady and repetitive rhythmic contraction of the fetal heart within the gestational sac.” In addition, Howard’s claim that “a true heartbeat” doesn’t occur until 20 weeks can easily be disproven by looking in embryology textbooks.

The medical textbook “Larsen’s Human Embryology” states, “The heart is the first functioning organ in humans. It begins beating rhythmically as early as day 22 and pumps blood by days 24 to 25.”5 The text has a picture of a preborn baby’s heart taken just 29 days after conception with an electron microscope. As you can see, even at this early stage, six weeks into a woman’s pregnancy, the baby’s heart already has many of its parts. 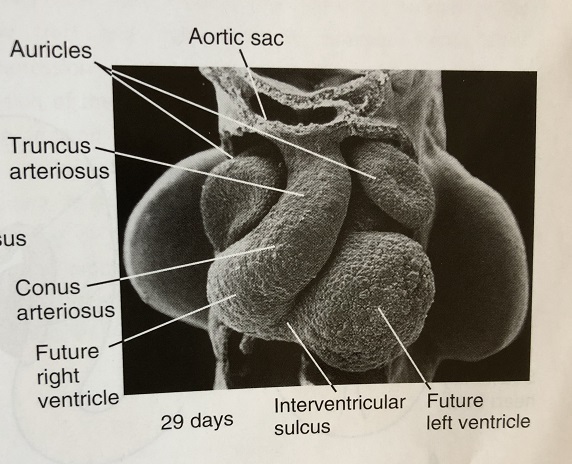 In the following video, you can see a preborn baby’s heart beating at just under seven weeks. This footage, from the Endowment for Human Development, was shot by inserting a tiny camera into a pregnant woman’s uterus.

In “A War on My Body,” Marsha Jones wrote, “Championed by its supporters as the “Heartbeat Bill,” the law is grounded in the falsehood that a heartbeat can be detected at six weeks…”2

Also in the book, Paxton Smith quoted one of her high school teachers describing the Heartbeat Act this way:

The Heartbeat Act is being passed with the intention of stopping abortions after a detectable heartbeat is found, which can be as early as six weeks. Although, there is some scientific evidence to say that it’s not an actual heartbeat, it’s just an electrical pulse from the mother…6

The claim that the fetal heartbeat at six weeks comes from the mother is false. The following drawing of a preborn baby’s heart at just under four weeks after conception also shows the development of the heart. 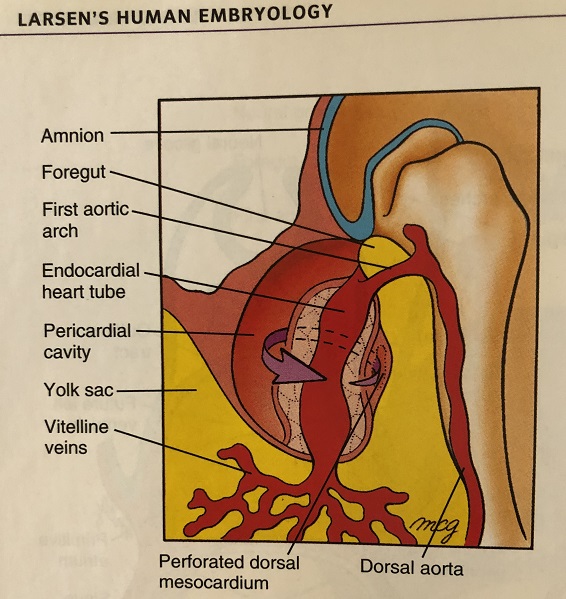 READ: ‘There is no heartbeat’: The pro-abortion lie that minimizes the miscarriages of women everywhere

A 2019 article in the journal Fetal Diagnosis and Therapy says:

The human heart is one of the first organs to form and function during embryogenesis. By the end of gestational week 3, passive oxygen diffusion becomes insufficient to support metabolism of the developing embryo, and thus the fetal heart becomes vital for oxygen and nutrient distribution.

The initiation of the first heartbeat via the primitive heart tube begins at gestational day 22, followed by active fetal blood circulation by the end of week 4 … This eventually leads to the formation of the 4-chambered heart by gestational week 7.

The article features the following diagram tracing the development of the heart from weeks 2 – 7.

The Merck Manual, updated in 2021, says the heart beats even earlier:

Most organs begin to form about 3 weeks after fertilization which equals 5 weeks of pregnancy (because doctors date pregnancy from the first day of the woman’s last menstrual period, which is typically 2 weeks before fertilization) …

The heart and major blood vessels begin to develop earlier—by about day 16. The heart begins to pump fluid through blood vessels by day 20, and the first red blood cells appear the next day.

The textbook Anatomy and Physiology has the following sets of diagrams: 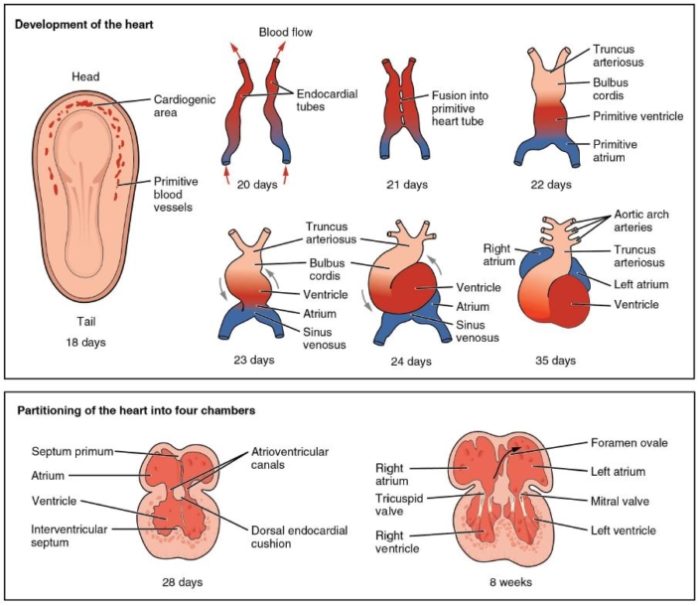 As the primitive heart tube elongates, it begins to fold within the pericardium, eventually forming an S shape, which places the chambers and major vessels into an alignment similar to the adult heart. This process occurs between days 23 and 28…

The cardiovascular system is the first major system to function in the embryo. The primordial heart and vascular system appear in the middle of the third week.

This precocious cardiac development occurs because the rapidly growing embryo can no longer satisfy its nutritional and oxygen requirements by diffusion alone. Consequently, there is a need for an efficient method of acquiring oxygen and nutrients from the maternal blood and disposing of carbon dioxide and waste products…

The heart begins to beat at 22 to 23 days. Blood flow begins during the fourth week and can be visualized by Doppler ultrasonography…

At first, circulation through the primordial heart is an ebb-and-flow type; however, by the end of the fourth week, coordinated contractions of the heart result in unidirectional flow.4

The following diagram from the book shows the blood vessels of the baby’s heart at 24 days after conception: 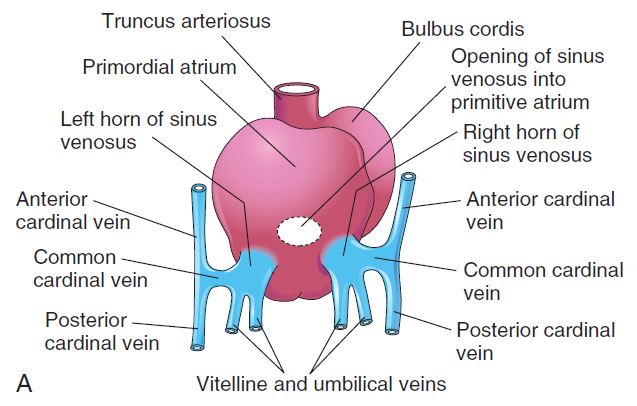 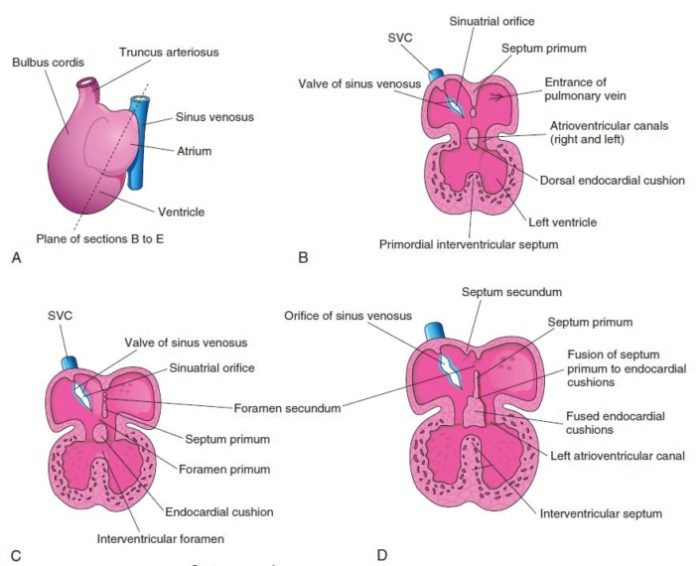 In the pro-abortion book, Judie Saunders claimed, “At the heart (pun intended) of heartbeat bills exists fear and misinformation.”6

I don’t know about fear, but there is clearly a great deal of misinformation about heartbeat bills — and it all appears to be coming from the pro-abortion side.

Author’s Note: Thank you to Secular Pro-life for some of this research.