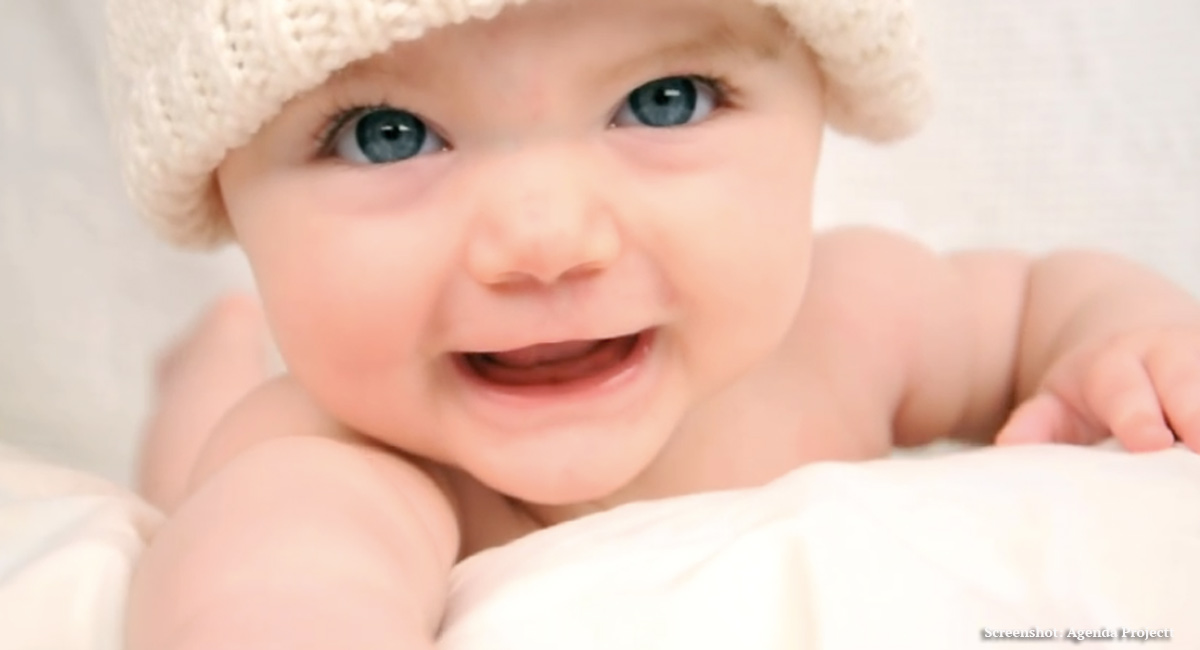 (Life Site News) There’s missing the point, there’s shooting yourself in the foot, and then there’s the Agenda Project.  That’s the left-wing advocacy group best known for the infamous 2011 commercial about Paul Ryan pushing grannies in wheelchairs off of cliffs. Believe it or not, ChoiceForTwo founder and director Laura Klassen discovered this week that that the AP actually managed to outdo that classic in 2015. The spot, titled “The Chosen,” features a closeup of a smiling, giggling baby, as lullaby music plays in the background. “She deserves to be loved” flashes across the screen.

READ: Pro-abortion advocates claim to help the poor, minorities and women, but do they really?

Amen to that, the average viewer thinks, probably assuming it’s a commercial for diapers or a children’s charity, maybe a hospital. “She deserves to be wanted,” it continues. Adoption agency, maybe?

Nope. “She deserves to be a choice,” reads the next message, followed by the hashtag #StandWithPP. “Women deserve a choice. Babies deserve to be chosen,” the video’s YouTube description reads.

Interestingly, the Campaigns list on Agenda Project Action Fund’s website proudly lists its Ryan hit piece, a charming “F**k the Tea Party” message, and another pro-abortion ad featuring naked women (why are liberals always taking their clothes off?) asking, “If you don’t trust me with my body, why should I trust you with my country?”

“The Chosen,” however, is absent, probably for the same reason it went unnoticed until now: because even the average pro-abortion professional could see that “Look at this cute kid who should’ve been legally killable” was a bit of a mixed message. Frankly, it’s a wonder the video’s still online at all.

There’s a reason abortion apologists would rather not debate embryology at all and typically change the subject to the phony harm pro-life laws allegedly inflict on women: because most of them know exactly what they’re defending. Yet whether they’re out for shock value, are trying too hard to be clever, or have deluded themselves into thinking the broader public shares their extremism, every once in a while they go out of their way to call attention to the truth 99 percent of their fellow travelers avoid.

It’s beyond twisted to justify the option of killing children because every child should be wanted. That’s not love; it’s a form of narcissism that defines a person’s value solely by the pleasure others derive from him or her. It’s also a poisonous lie, because as Klassen says, the little sweetheart in the video is “not a ‘choice,’ she’s a child.”

Editor’s Note: This article was published by Life Site News on November 9, 2018, and is reprinted here with permission.