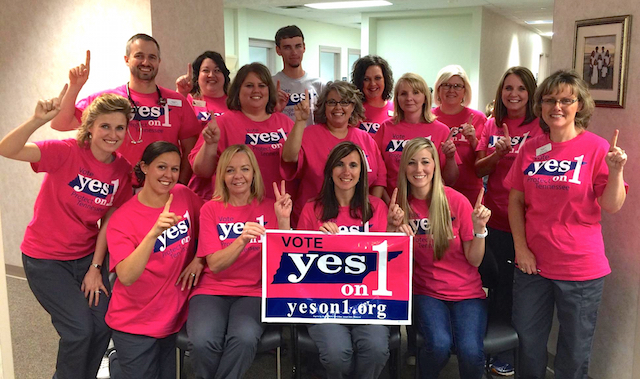 Pro-abortion activists have filed a lawsuit against Tennessee’s 2014 Amendment 1, which clarified that the state Constitution contains no right to abortion.

Amendment 1 was proposed in response to a 2000 state Supreme Court ruling forbidding restrictions on abortion, which resulted in Tennessee becoming a major destination for abortion seekers from other states with tighter law, to the point where 23% of Tennessee abortions were for non-residents.

The amendment was enacted in 2014 despite supporters being outspent 3-1 by opponents, with most of the pro-abortion funding coming from out of state. Since its passage, lawmakers have passed multiple new pro-life laws.

The lawsuit centers around an interpretation of the state amendment requirements that say the number of “yes” votes must be equal to or greater than the number of people voting for governor plus one. Attorney Bill Harbison argues that the language means only voters who voted in the gubernatorial race should have their votes on the amendment counted, rather than comparing the numbers. Harbison further alleges that there being more votes on the amendment than the governor’s race suggests fraud.

In response, Deputy Attorney General Janet Kleinfelter argues that the state counted amendment votes no differently in 2014 than it has for any amendment in the past century, and that “state officials, election officials and courts shouldn’t interpret the constitution based on how political campaigns might try to manipulate it.” She further noted there was no evidence of voter fraud, and that there would understandably be relatively little interest in an election between a popular incumbent and a political unknown.