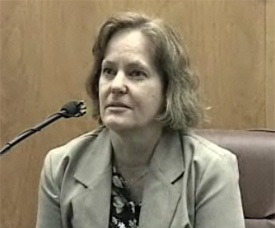 Over a year ago, the Kansas State Board of Healing Arts (KSBHA) stripped Ann Kristin Neuhaus of her license to practice medicine. She’s been unsuccessfully fighting to get her license back ever since, but the board required her to pay the almost $100,000 in court costs for an appeal, effectively ending her appeal.

This, of course, has pro-aborts crying foul. Poor Dr. Neuhaus is being targeted by the mean old pro-lifers, and did absolutely nothing wrong whatsoever. One abortion advocate, Katha Pollitt, wrote a sympathy piece in The Nation where she even went so far as calling Neuhaus a “hero provider”.

From 1999 to 2007, Dr. Neuhaus, a native-born Kansan, family doctor and abortion provider, acted as a consultant to Dr. Tiller, providing the second opinions the state required for abortions at twenty-two weeks and later. (No other surgical procedure requires a second opinion, by the way—let alone one from an in-state physician, as the Kansas law oddly requires.) That Dr. Neuhaus took on the job tells you a lot about her courage and commitment to women: a previous consultant, a psychiatrist, quit after anti-choicers picketed his house. In the proceedings before the state Board of Healing Arts (whose members include a former lawyer for Operation Rescue), Dr. Neuhaus was accused of not keeping detailed records for eleven patients ages 10 to 18, all from 2003, and of failing to prove that an abortion was necessary to prevent “substantial and irreversible impairment of a major bodily function” or of the patient’s mental health. Dr. Neuhaus says she kept her records brief to protect the patients’ identities. This was a rational fear: for years, State Attorney General Phill Kline had been trying to seize abortion clinics’ patient records. Fox News host Bill O’Reilly, who waged a jihad against the man he frequently referred to as “Tiller the baby-killer,” mentioned during a 2006 interview with Kline that he himself had seen records from Dr. Tiller’s clinic. The state’s expert witness against Dr. Neuhaus, Dr. Liza Gold, a prominent psychiatrist affiliated with Georgetown University, gave dry and technical responses that showed she knew nothing of the abortion scene in Kansas or anywhere else.

… When I caught up with Dr. Neuhaus by phone, she was driving twenty miles to her mother’s house to do laundry: her washing machine had broken down and she couldn’t afford the repair bill. Between the mortgage and the health insurance required for her son’s Type 1 diabetes, there’s no money for basic maintenance on the isolated farmhouse she shares with her husband, Mike Caddell, and son in Nortonville. To top it off, her car needs $1,000 worth of repairs, so she has had to borrow her mother’s. We talked about the stress that abortion providers are under in Kansas: at one time, Dr. Neuhaus wore a bulletproof vest and carried a gun. “Sometimes I think I have PTSD,” she said with a laugh. “At the core, I’m a fighter—but I’ve been injured, too.” Still, she forges on: having earned a master’s in public health, she is now working as a researcher at the University of Kansas. One way or another, Dr. Neuhaus will be taking care of people’s health needs. But she won’t be involved in abortions, she says. Even if she gets back her license, Operation Rescue has driven yet another provider from the field.

Pollitt ends by pleading with readers to donate money to the heroic Neuhaus.

Much attention has been paid in pro-abortion circles to this ten-year-old patient, as if this one example alone completely exonerates Neuhaus. But is that the case? Neuhaus didn’t lose her license over just one patient, after all as Cassy Fiano reported.

The issue that caused her license to be revoked, though, was over the records of 11 girls, aged 10 to 18, who were taken to George Tiller for late-term abortions. Neuhaus used shoddy mental health reporting to make sure the girls could get late-term abortions, such as saying the girls were suicidal because of the pregnancy. She never recommended follow-up treatment for the supposedly suicidal girls, though. She also failed to conduct proper mental health evaluations and merely checked “yes/no” on a computer program, assigning whatever diagnosis the computer gave her. The records for five of the patients were also dated and time-stamped after the abortions had already begun. All of the evidence has come to show that Neuhaus merely rubber-stamped the forms to allow herself and Tiller to collect the massive sums of money that late-term abortions rake in.

The evidence in Neuhaus’ trial shows that George Tiller was indeed performing illegal late-term abortions, and Neuhaus was complicit in the criminal act.

What about the other girls, the older ones? You know, the patients who don’t pull at the heartstrings quite so much? There aren’t excuses being bandied about for those cases. Those aren’t mentioned at all. What’s the excuse for why Neuhaus scheduled no follow-up care whatsoever for supposedly suicidal patients? (Oh, right, there are none.) It’s also interesting that the pro-aborts laud her poor record-keeping as a method to keep her patients’ identities and information “safe”… yet the details about the ten-year-old girl are evidently out there, free for pro-aborts to disseminate at will. No one cares about keeping these details private when there’s an abortionist to defend.

Neuhaus also been in trouble with the board several times before, in 1999 and in 2001, for medical abuses — abuses with included an alleged forced abortion on a woman who had withdrawn her consent. She was declared a danger to the public. And this is a hero provider? This is who pro-aborts want to defend as their best example of an abortionist who deserves not only our sympathies, but our money as well? It’s sad, really, that these people who call themselves “pro woman” find doctors who are at the absolute bottom of the barrel with patient care, and insist on forcing them onto women, with no regard for the actual safety of women they claim to be fighting for.