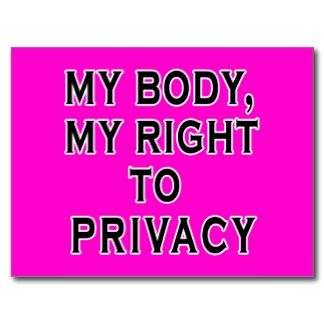 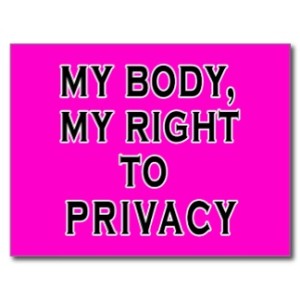 Lately it may not be as popular as purposely vague platitudes about “women’s health care” and indignant assertions of “bodily autonomy,” but thanks to its starring role in Roe v. Wade, the “right to privacy” remains one of abortion’s most important defenses, not to mention the alleged reason why voters cannot be allowed to decide on abortion’s legality at the ballot box.

But for its importance, privacy is also perhaps the most nonsensical of all arguments for allowing people to kill their babies.

Embryology denial and bodily autonomy don’t hold up to analytical scrutiny, but at least they seem kind of sensible if you aren’t familiar with the science behind the former or don’t stop to think too much about the latter.

Privacy, however, doesn’t even come close to justifying abortion on a superficial level.

Though conceding that “the Constitution does not explicitly mention any right of privacy,” Roe’s majority ruling held that past Supreme Court decisions had found “roots” and “penumbras” pointing to such a right in various clauses of the Constitution, and that it had “some extension to activities relating to” marriage, procreation, contraception, family relationships, and child-rearing. Therefore, the author, Justice Harry Blackmun, wrote:

If that seems like Blackmun forgot to show his work, it’s because he did. Even putting aside his reaching to stretch how far the Constitution’s privacy-related provisions go, there is no logical connection between someone’s personal privacy and actions that harm someone other than oneself. None.

Is there any other aspect of life or law where such a claim wouldn’t immediately get laughed out of the room? If you’re charged with assault, rape, or murder, good luck trying to convince the judge or jury that the fact that you did it in the privacy of your basement should make a difference. In fact, using privacy to obscure your crime – as did the late Ariel Castro – is typically thought of as an exacerbating factor, not a mitigating one. Yet for abortion, it’s deemed a fount of unquestionable moral legitimacy.

The closest parallel we have would be the controversy over Stand Your Ground laws protecting the use of lethal force against an intruder on your property. But there, the rationale hinges on the threat of being harmed or killed by an intruder, not that a man’s home is literally his castle in which he may exercise absolute dominion over whoever is within his walls.

The appellee and certain amici argue that the fetus is a “person” within the language and meaning of the Fourteenth Amendment. In support of this, they outline at length and in detail the well known facts of fetal development. If this suggestion of personhood is established, the appellant’s case, of course, collapses, for the fetus’ right to life would then be guaranteed specifically by the Amendment.

Therefore, humanity/personhood is the determining factor in whether someone is legally killable for personal convenience – not privacy. In fact, privacy isn’t a defense even when the victim isn’t human at all; just ask this Ohio man busted for multiple counts of animal cruelty inside his house.

So shouldn’t pro-choice rhetoric and legal theory that hinges on the right to privacy have died out? Or are the arguments just lofty-sounding placeholders for “I want this”?

It’s easy to see why pro-aborts have prioritized other arguments over privacy, but not so much as to admit that abortion’s status as a court-created right is founded on a joke.