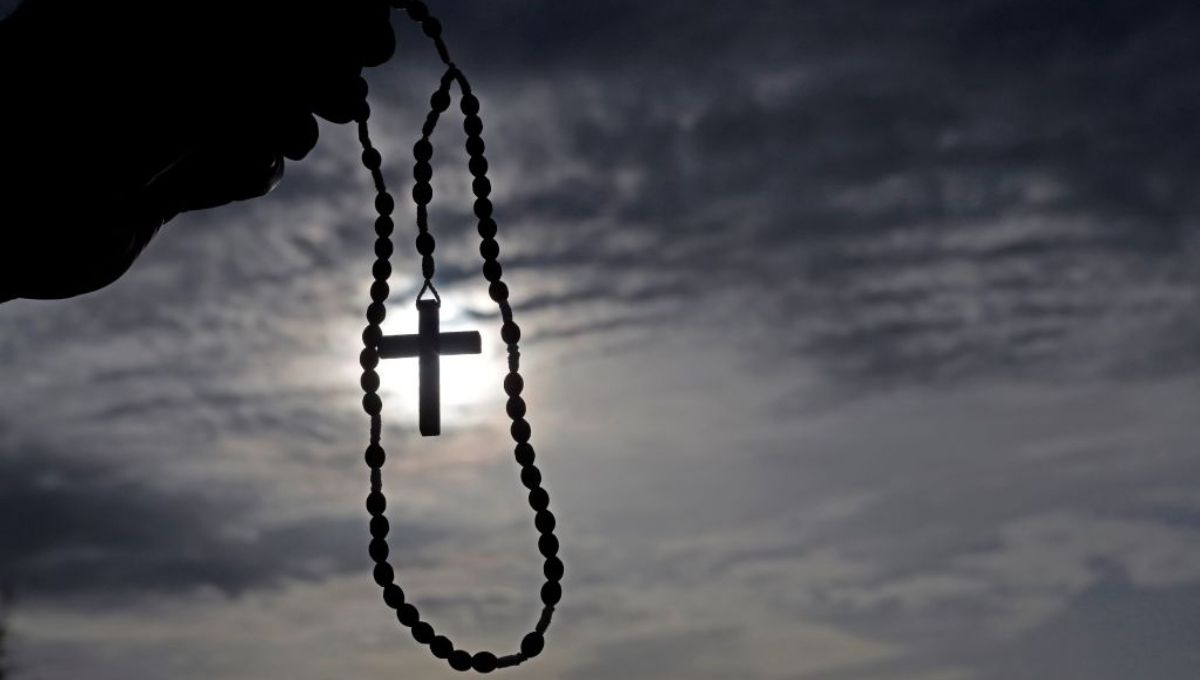 (Pregnancy Help News) Paschal Mystery is a term that describes the redemptive work of Christ, especially the events of the Last Supper, the suffering and death of Jesus, reaching their climax on Easter Sunday.  That same paschal mystery unfolds in the life of every believing Christian.

Here is the amazing story of how this mystery was manifest in the life of a prisoner at a Florida maximum security prison.

“I was age 17, sitting at home on a weekday afternoon when the phone call came. It was Jessica…she told me she was pregnant. Instantly the thought that abortion is wrong flashed through my mind.

I told her we could take care of the child. She told me that she did not want to carry the child and that she needed $400 to have the abortion. I was going to argue further, but her boyfriend then got on the phone.

It is difficult to put into words the rage I felt flare up when I heard her new boyfriend on the phone. It felt like an ambush. I told them that I did not have the money. As they continued to push, I pushed back and told them that it was not my problem but theirs.

After the abortion, anger became my constant companion. I tried to continue with schooling, but it did not take long for me to lose track. Violent thoughts lived in my mind day and night. I took unnecessary risks, such as racing, lashing out and fighting others. Danger and risk became synonymous with a good time. Adrenaline and caffeine became my bread and water.

Before long, I was one person during the day with certain acquaintances and friends, and a completely different person at night and with different acquaintances. My academic plans in college — to complete a pre-med program and obtain a degree in psychiatry — finally collapsed under the stress of my double life. Long-term goals became obsolete, and I lived my life day-to-day. Relationships began to suffer.

One of the men I spent time with on my ludicrous escapades came to me with another wild idea. The plan was criminal in the extreme. Finally, the fruit of passive-participation in the killing of my child ripened within me. I participated in the murder and robbery of a man, the wounding of another, and the near death of a young woman at the scene of the crime.

It did not take long for the police to arrest me. While sitting in the county jail a grace-filled moment occurred. I realized that I had hit rock bottom. But remorse for my crimes and sins did not flood me, though I did recognize just how insane my behavior was.

When sent to prison, I continued to look at the bizarre split in my life and the chasm that existed in my lifestyles. This, and God’s grace, brought me back to His Church, and I began to recognize how my sinful actions created this split personality.

Finally, the Holy Spirit brought the phone call from Jessica to mind. I became overwhelmed with the sense that this wound was the source of my suffering and struggle.

At weekly services the Catholic chaplain polled 100 inmates to see how many men had gone through an abortion experience.

A surprise came when I learned that more than 90% of the men around me were involved in an abortion decision. Later, the chaplain announced that the Rachel’s Vineyard program was coming to our institution to help heal the wound of the abortion.

The seminar answered my deepest prayers. It showed me how my self-image and core beliefs were warped by the abortion, my self-justifications, and my denial. I came to recognize that the need to overachieve, my obsession with detail, my propensity for anger and violence, and even my hunger for adrenaline excitement were rooted in my corrupted idea of masculinity.

My consent in the abortion of my daughter was a violation of my natural purpose to protect and provide for my offspring. This denial was forcing me to overcompensate for the damage I caused to my natural masculine identity. The problem was that this denial also meant that I was denying everything that made me human.

It was a suffering joy when I came to know my heavenly daughter, Angela Grace. I had been unaware of just how callous and unfeeling I was, but through the healing received by God in the Rachel’s Vineyard seminar, it allowed me to feel.

I came to know myself, my wrongs, and experience a remorse that is difficult to express adequately — painful to feel yet liberating to know. Rachel’s Vineyard is the grace that God ordained for my healing, and the healing of so many others.

Though I justly remain in prison for my crimes, Rachel’s Vineyard has been the vessel of grace by which God has made me free. It is in this freedom that I will now be … Silent No More.”

A devout grandmother opens the door to grace

One of the victim’s grandmothers played an important role in Hinson’s conversion and healing.

From the Florida Catholic:

“One of the greatest examples of faith that Hinson ever witnessed came from a member of his victim’s family — the grandmother of Eduardo Natal, who Hinson killed.

During the trial, prosecutors approached Natal’s family to tell them they wished to seek the death penalty in Hinson’s case. But Natal’s grandmother, the family matriarch, said the family was Catholic and didn’t believe in capital punishment. As a result, Hinson received life in prison without parole instead of death.

‘It was a very tangible expression of faith on her part and it really rocked my world,” Hinson said. “In a sense of desperation, I was getting back into my faith and then she does that, and all the sudden all that matters is living my life like that.’…