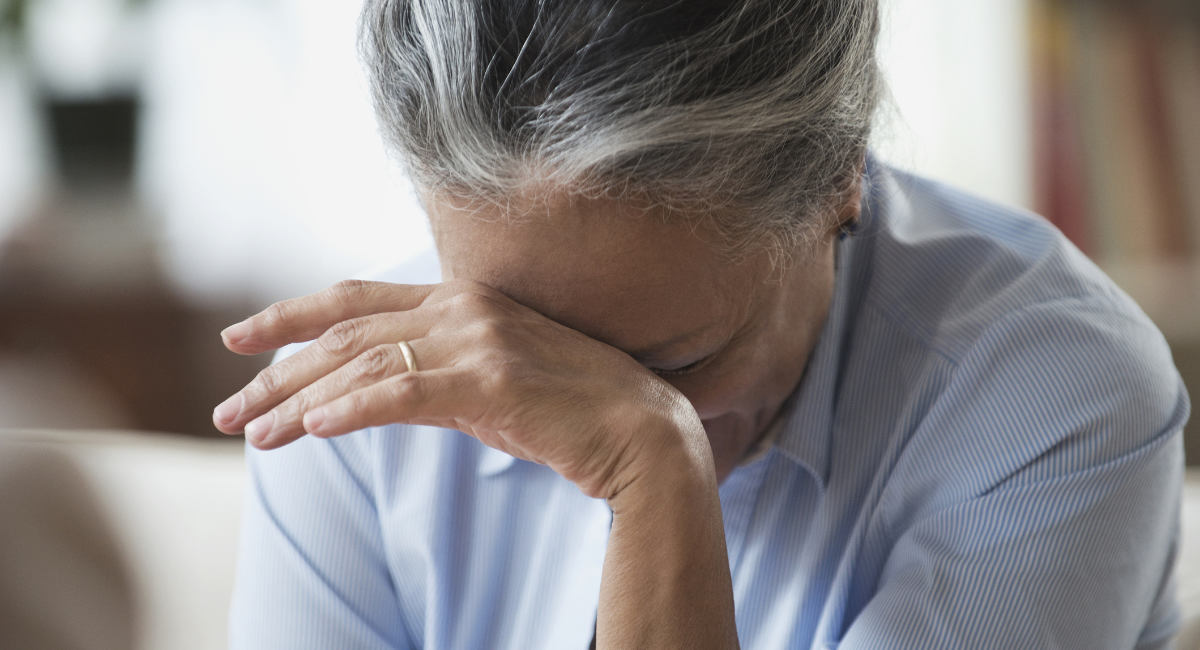 As a cardiology nurse and a loving mother to toddler and stepson, Doreen Reese (not her real name) enjoyed caring for others. Married to a prominent neurologist, she and her husband chose careers in health care where they could help better lives. But little did Reese realize that one day, she would be faced with choosing abortion, or that she would struggle with a lifetime of guilt and regret.

Fourteen weeks pregnant with her second child, Reese started experiencing severe symptoms, such as nausea and vomiting. She could barely get out of bed each day, and was losing weight. Concerned, her husband encouraged her to visit her OB/GYN, who was also a friend of Reese’s.

Reese told Live Action News, “I was not eating well at all. My husband would go out and buy gourmet food to entice me to eat, but nothing was appealing. I felt like I was just lying in my bed all day, listless. My first pregnancy was normal without any complications, so I didn’t know why I was having so much trouble.”

The doctor performed a pelvic exam and ran blood tests, after which she vaguely told Reese “the numbers didn’t look good,” and that she suspected her baby wasn’t healthy. She advised Reese to terminate the pregnancy. Reese was stunned.

“I was raised in a Catholic family that was against abortion,” Reese said. “My grandmother was from Poland, and she birthed 10 children. I just couldn’t imagine aborting my baby.”

READ: Mom of daughter with spina bifida pressured to abort before confirmed diagnosis

But Reese’s husband worked long hours, and was rarely home. He pressured Reese to end the pregnancy. Her physician tried to reason with her, telling her she already had a daughter and a stepson to raise. She further added that by undergoing an abortion, she would be healthy again, free from the nausea and vomiting.

Reese felt betrayed by the absence of her husband during such a critical time, and she grappled with the fear that her baby would be born with physical ailments, requiring a lot of medical attention. Heartbroken, she agreed to the abortion.

“Even though the abortion was so many years ago, the day is etched forever on my mind,” she said. “I still remember the details of that day, the way the room looked, how scared I was. But mostly, I remember waking up in a lot of pain and feeling very depressed. I was bleeding heavily, so the doctor kept me overnight in the hospital.”

Afterward, Reese derided herself for not getting a second opinion and accepting the diagnosis without question. She was angry and resentful toward her husband, who she felt abandoned her at a time when she needed him the most.


“I realized immediately that I had made the biggest mistake of my life and I would suffer tremendously because of it,” Reese said. “My mother and my grandmother both blamed me for the abortion, and years later, so would my daughter who missed having a natural sibling. What was especially hard was that my husband, a highly educated man who was also a workaholic, didn’t suggest an alternative to the abortion. He just acted as if it was the only choice we had.”

Each for a different reason, Reese and her husband decided to never again try for another child.

“I was frightened I’d have another abnormal pregnancy, but my husband worked endless hours and was very busy, so he didn’t want to add to our family,” Reese said. “Yet, I still wrestled with regret, guilt, and shame. I missed having my baby to hold and to love.”

Now in her 70s, Reese sees a very different world than that in which she grew up, and is alarmed at the casualness at how many young women view abortion.

“Abortion is murder. You are killing another human being,” she said. “Even now, many years later, I still feel the terrible pain of abortion. For those who say abortion equates to women’s healthcare, they are lying. A woman going through a difficult pregnancy should always get a second or third opinion. Explore all options, but please do not consider abortion as the only alternative.”

The breakdown of sexual mores has contributed to the rise in abortions, according to Reese, and that instead, families should begin by installing morality starts with the family unit and stresses the importance of parents having open and honest dialogue with their children.

“Healthy sexual attitudes come from having truthful discussions about marriage and commitment,” Reese said. “Kids often don’t know what to expect from marriage nor do they understand the consequences of having casual sexual relations.”

While Reese is hopeful that abortion rates will decline now that Roe has been overturned, she grieves that so many babies have been killed.

“Sometimes I think the world has gone nuts,” Reese said. “I worry that young people are being influenced to make wrong choices. I pray there will be more opportunities to change hearts and minds about abortion.”

While Reese looks forward to her daughter’s impending wedding, she is also saddened that, because her daughter had uterine cancer, she will never bear children. Reese will sorely miss the chance at being a grandmother. At times, she wonders if this is God’s punishment for the sin of abortion, but she knows that God is compassionate and merciful.

Reese said, “I pray every morning, but I still feel the guilt. I wonder what my baby would have looked like, where he or she would be right now. I will always pine for my child.”

She has a message for women everywhere: think before making the grave decision to have an abortion.

“Life is complicated, and you never know what’s going to happen,” Reese said. “But you can make the right choices because if you don’t. guilt and regret will plague you for the rest of your life.”