Focus on the Family has produced a pro-life program featuring interviews with individuals who have lived through the “hard cases” of abortion. These are the so-called “exceptions” to pro-life laws, such as babies with a poor prenatal diagnosis — cases in which even many people who consider themselves to be pro-life erroneously support abortion.

In August, a woman named Rachel Guy (whose story has been shared by Live Action News before) shared her story with Focus on the Family. Rachel’s parents were devout Christians, and they wanted a child very much but struggled for six years to conceive. When Rachel’s mother finally became pregnant, they were overjoyed. 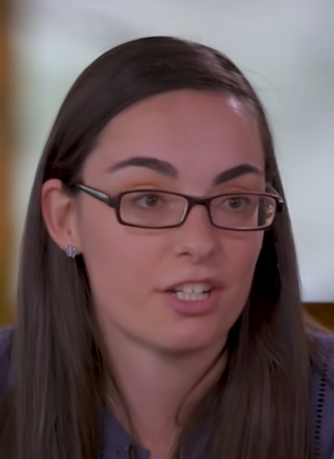 Rachel’s mother had an alpha-fetal protein test, and the doctor told the couple that Rachel might have Down syndrome. He recommended an amniocentesis to find out, a test that carries with it a chance of miscarriage. According to some estimates, the test causes a miscarriage one to two percent of the time. Rachel’s parents refused the test, saying that they wouldn’t abort even if the baby did have Down syndrome. According to Rachel, the doctor was “frustrated” at their refusal.

There was more trouble ahead. Rachel’s mother went in for her 20-week ultrasound, which Rachel’s father couldn’t attend. Medical professionals discovered a problem. Rachel explained:

The technician finds something quite concerning, goes and grabs a doctor in the practice… And this doctor comes in, practically shouting at my mom, saying, “You need to have an abortion. Your child will die. You will die. You’re missing half of your amniotic fluid.”

And my mom said, “We love our child. We will not abort.”

And the doctor said, “Fine. Come back in two weeks” — just a very broken… response.

Rachel’s mother Suzanne refused an abortion, but when she came back, the situation has worsened. Now she was told she was missing all of her amniotic fluid. She talked to another doctor, who also pressured the couple to abort. According to Rachel:

[W]hat was even more heartbreaking was that this next doctor was calm as if it was normal for him to tell parents to kill their babies — it was just normal for him.

So he proceeds to say very calmly, “You need to have an abortion. Your child will be blind, deaf, have mental struggles.”

My parents said, “Even if our child is blind, is deaf, and has mental struggles, our child has value. Our child’s value isn’t lost because of their health condition.”

Even though Rachel’s parents told the doctor in no uncertain terms that they wouldn’t abort Rachel, the doctor insisted. Rachel explained:

And the doctor said, “But you don’t understand. Your child will have no quality of life.”… And the doctor proceeded to say, “You’ll have many other children.”

Rachel’s father asked, “You know we will not abort. What will you do to help us?”

The doctor’s response was heartbreaking. He said, “In all my years of practice, every single parent that I told to abort has. So all I can tell you to do is to go home, wait for your baby to die, and you will deliver a stillborn child.”

The doctors refused to help Rachel’s parents save Rachel simply because of a prenatal diagnosis. Instead, they wrote Rachel off and determined to let her die in the womb. With potential serious disabilities, they didn’t see her as someone worth fighting for. But her parents did.

Nevertheless, they were filled with sadness. Rachel said:

[M]y parents went home in utter despair that my life was not shown the intrinsic worth that it had because of my location, all because of being inside the womb and because of my health status.… The fact that they weren’t told the joy and the hope of fighting for their little one’s life, or that if their child did pass away inside or out of the womb, it’s the joy of knowing that I fought. I fought. I got to hold that baby.

Yet, clearly, Rachel didn’t die, despite the doctors’ predictions. She was born at 26 weeks, weighing one pound, two ounces. She was in the neonatal intensive care unit at the hospital for five and a half months. Not only did she survive, but she survived with no lasting health problems. The prenatal diagnosis had been inaccurate.

Today, Rachel isn’t blind or deaf, and doesn’t have “mental struggles.” Nor does she have anything abnormal with her chromosomes. She is a completely healthy, normal adult. The doctors were wrong. Of course, Rachel’s life would still have immense value even if she were blind, deaf, or mentally challenged. In this case, however, the predictions of the doctors were completely unfounded.

How many women have given in to pressure and aborted babies due to a poor prenatal diagnosis that was incorrect? The doctor in this case had convinced many other women to have abortions. How many of them would’ve given birth to healthy babies who weren’t allowed to be born?