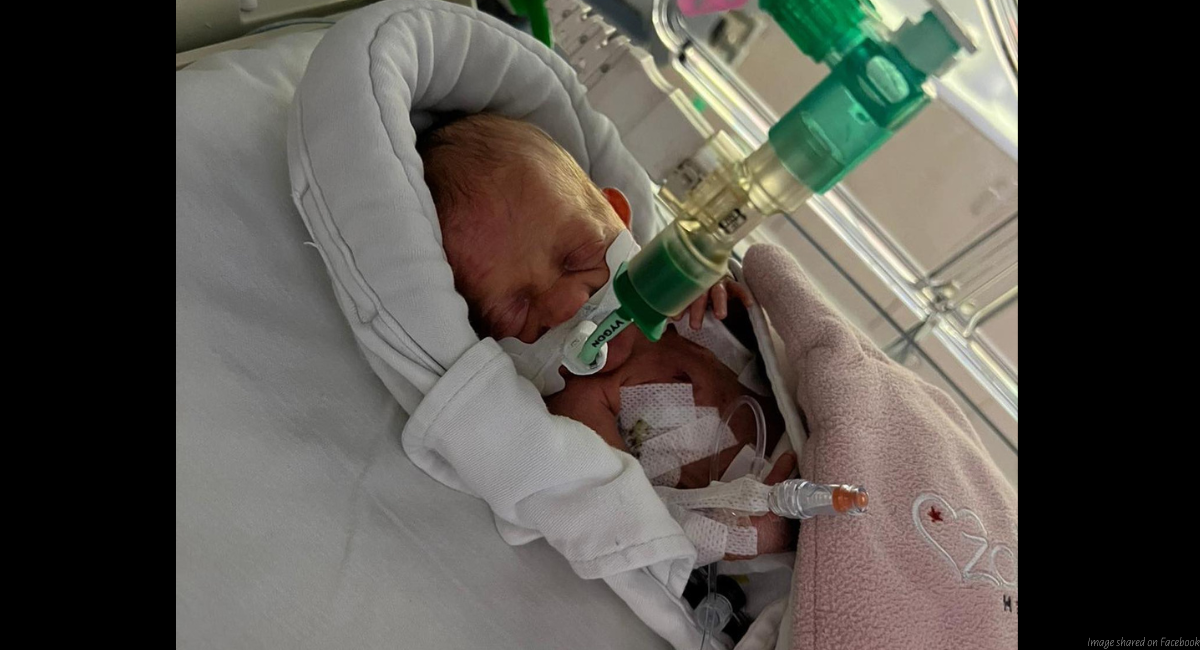 A British family has finally been able to return home with their premature daughter, born while they were on vacation — and the happy reunion is all thanks to a crowdfunding campaign and a charity ambulance service that the grateful parents describe as “mind-blowing.”

Bethany Cleathero and her husband Jan were vacationing in Cyprus, when Bethany unexpectedly gave birth to daughter Molly premature, at just 25 weeks pregnant. Molly was put in a neonatal unit in a local hospital, which was an hour away from where her parents were staying. While Jan eventually had to return home to England, Molly and Bethany remained behind, with rising medical bills and no safe way for them to leave. They decided to set up a crowdfunding campaign in the hopes of securing some financial help for their daughter. The campaign far exceeded their expectations, and they raised £30,000 (roughly $36,000). They also received charity services from the Lucy Air Ambulance for Children, a private hospital plane that was able to transport Molly from Cyprus to the United Kingdom in an incubator.

Jan explained that much of the money raised will go to repay the ambulance service. “I am so thankful to my friends for finding out about Lucy Air Ambulance. We want to work with the charity to repay them because ‘thank you’ is not enough,” he told Derby Telegraph.

Molly’s aunt, Megan Harris, told ITV that the ordeal has been challenging for the whole family, but that they were overwhelmed with all of the support.

“It’s been a stressful time, just emotionally, really stressful. It’s being helpless because there’s nothing we can really do here,” she explained.

“When we started I just didn’t even think we’d get £10,000, I just didn’t think it would do as well as it is,” she said. “People are so generous and it’s not even just the big donations, it’s everything. The kind messages we’ve been inundated with, people wanting to help the family. It really is mind-blowing.”

Megan said that Molly is currently in stable condition in a local NICU.  “As far as we know she’s doing really well but time will tell if there’s going to be any sort of difficulties that they might face,” she said. “But so far she’s defied all the odds and is doing really well.”

While Molly still has a long road ahead of her, the family is grateful that the support of strangers has made it possible for her to be back in England. “Molly’s journey is going to be difficult going ahead and there could be more complications in the future, but it’s such a relief to know that she’s here,” Jan said.