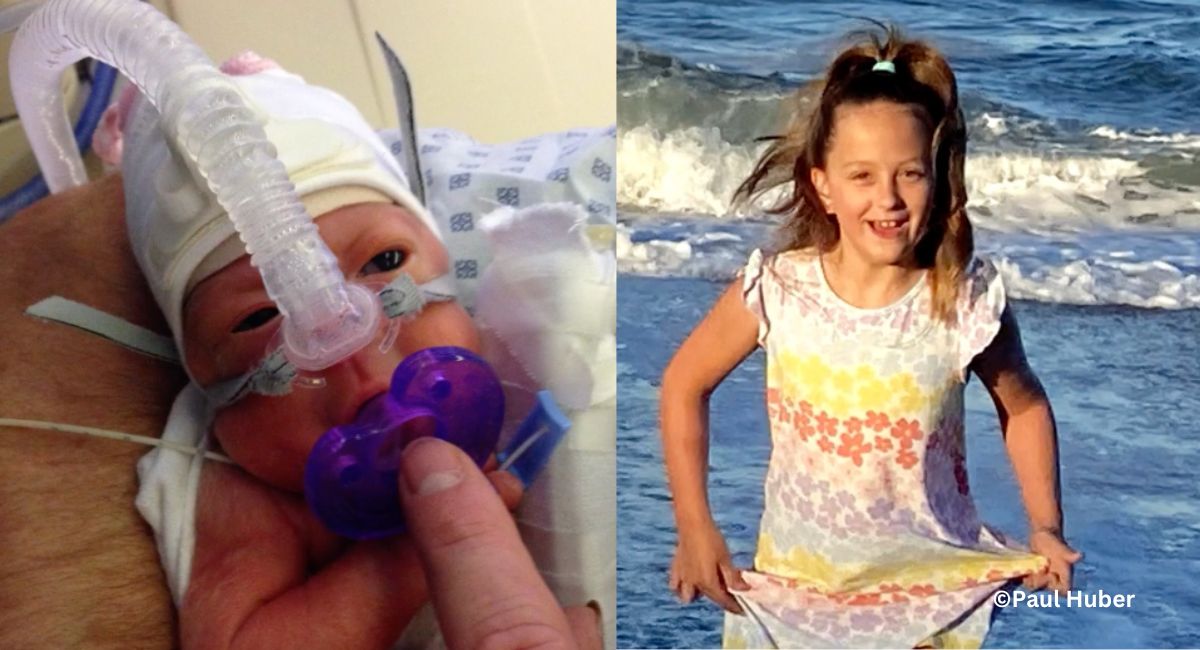 My wife Cindy’s water broke early one morning in April 2014, while I was out of state on business. She was only 26 weeks into the pregnancy. To Cindy’s credit, she crawled to the bathroom in the early morning hours and drove herself to our local hospital while she experienced contractions. However, our local hospital was unable to care for a premature child born at this stage of gestation, so they transported her to a neighboring hospital which had the capability to hopefully save her life.

Cindy is a real trooper. She is a special woman who has a heart of gold and many wonderful motherly qualities. She is giving to others to the core, the love of my life. She worked hard to project a positive outlook through all that was occurring, but on too many occasions, she was brought to tears and brokenness due to her concerns over the survival of our daughter, Caitlyn.

After every attempt was made to keep Caitlyn in the womb and while introducing steroids to help develop her lungs, concerns arose that Cindy may develop an infection that would be passed on to Caitlyn, so doctors decided to conduct an emergency C-section and Caitlyn was born three months and three days early weighing just 2.4 lbs. 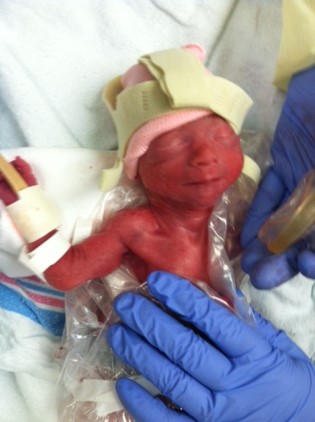 Caitlyn’s initial premature days of life outside the womb were precarious, and we were not certain whether she would survive. She was so tiny; her lungs were significantly underdeveloped, and she soon developed a stomach perforation where she excreted her feedings and digestive juices and large amounts of trapped gas. Due to the swelling, she had a port placed in her stomach that drained the excess fluid which placed extra stress on her ability to breathe.

She was also diagnosed with PDA, a heart condition, which was keeping her blood and certain organs from being oxygenated adequately due to an underdeveloped heart. She was on oxygen for about two months and experienced many episodes where she stopped breathing and experienced the accompanying “de-sating” of her oxygen levels. Often, Caitlyn would stop breathing, and the nursing staff would promptly stimulate her to breathe again and restore her oxygen levels back within an acceptable range. These episodes were difficult, and the emotional toll was overwhelming.

After a month, as slow, steady improvements were made, Caitlyn developed a bacterial blood infection which set her immune system back from building her strength; as a result, she remained quarantined from the other preemies. Concerns were expressed by the medical staff that the infection may have spread to her spinal fluid, and she had to endure a spinal tap. Thankfully, it did not extend to her spine.

She had many IV and PIC lines poked and prodded in her throughout her 95 days in the NICU. We watched as she expressed her discomfort for what was a painful experience for such a tiny human being. Unfortunately, one of the IV lines was found not to be working correctly, and the fluid backed up in her arm for an extended period of time before being discovered by staff. I remember watching her suffer through this time frame only to learn that her skin was being burned under the bandages that concealed the IV to her arm. She suffered a significant burn that extended through the layers of her skin and which the doctors informed us would require future plastic surgery to repair.

After approximately two months of intravenous feedings, she was able to take small amounts of breast milk by bottle and started to breathe on her own.

Caitlyn was a tough little newborn, and she taught us a great deal with her will to survive. Both Cindy and I have been touched by her persevering spirit and ability to fight through all that came her way.  Caitlyn is now eight years old and is an incredible young lady. 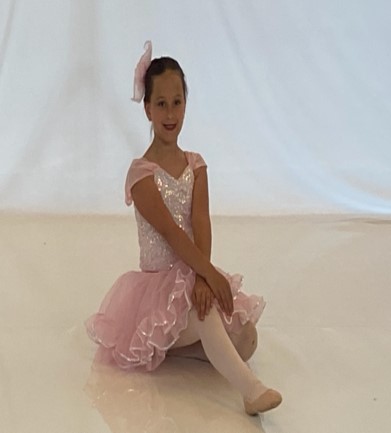 This journey with a premature baby allowed Cindy and me to have an even greater appreciation of the many other preemies who surrounded her, in all stages of prematurity and other health conditions, in their fight and will to live. We watched Caitlyn develop as a translucent little two-pounder, where you could visually witness the intricacy of God’s handiwork in her tiny spinal column, the muscles below her skin, and her heart beating up to 160 beats per minute as she labored with each breath. We were given the rare gift of being able to witness someone who was supposed to still be a “fetus” actually develop outside the womb into a full-term infant.

A person does not go through this journey without having his heart touched and transformed. This experience has given both Cindy and me a fuller appreciation of what the premature and unborn child goes through in their daily fight to live. Anyone who questions the value of affording life to the unborn child should take note of the determination these children have to live.