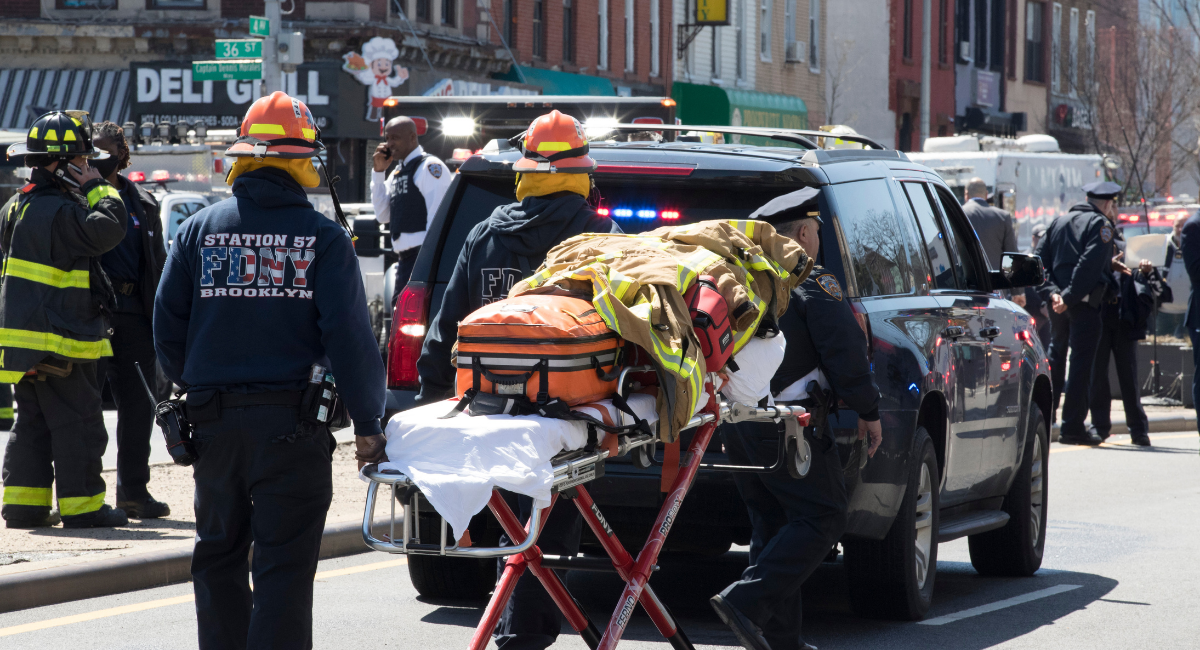 A pregnant woman is giving her thanks to a heroic man who shielded her during a mass shooting. Last week, during rush hour, Frank R. James allegedly tossed two smoke canisters in a Manhattan-bound subway car before firing his 9mm semi-automatic handgun at least 33 times. The New York Police Department (NYPD) reported that ten people were shot, five of whom were critically injured. Several more passengers were treated at a local hospital for related injuries.

Among those riding the subway around 8:30 a.m. was Chelsea, a 28-year old medical clinician who is pregnant with her second child. “It’s an absolute nightmare. It’s a scary thing to go through in any kind of circumstance — being pregnant [makes me even] more vulnerable,” she told the New York Post. “We’re all just trying to get somewhere. No one should have to experience that. The worst part is there’s nowhere to run. It’s a death trap.”

Hourari Benkada, another subway passenger, recounted the event on Anderson Cooper 360 while lying in his hospital bed. Benkada had been “minding his own business” when the commotion began. Even though he had been seated next to the shooter, he could not identify the gunman, who had been wearing a gas mask and a green construction vest.

READ: Community rallies around woman who weeks after learning she is pregnant is diagnosed with ALS

Benkada believes Chelsea, the pregnant woman, was sitting about twelve feet away from him before the black smoke began filling the train car. “When she seen [sic] the smoke she said, ‘Oh my god I’m pregnant,’” Benkada recalled. “That’s when I gave her a hug.” When asked about the selfless act he replied, “She said ‘I’m pregnant with a baby.’ I hugged her and then the bum-rush continued… I was just focused on the pregnant woman and that is when I got struck in the leg. I was just on my way to work.”

Benkada was shot in the back of his knee. He said it was the worst pain of his life.

Chelsea recalled Benkada’s assistance, recalling him as, “[a] guy, I don’t know who he is, he tried to help me — everybody else was panicked.” Officials thought she had been shot but it was later discovered that her leg was trampled during the chaotic event.

Throughout the terrifying experience, Chelsea was thinking about her seven-year-old daughter, who she had just dropped off at school before boarding the train. “I said, ‘God, I have to get home to my baby,’” she recalled. “I was just thinking about my kid the whole time.”

Benkada’s heroic act may have been the answer to that prayer.