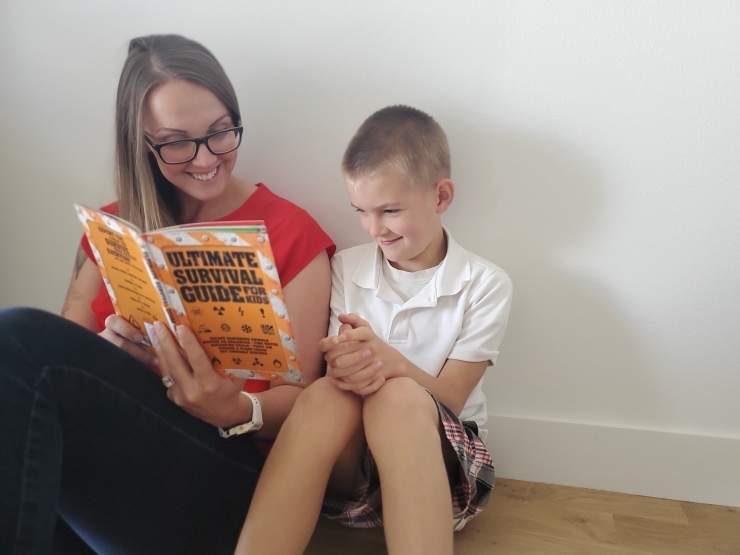 (Pregnancy Help News) Sitting in a fundraising class in Columbus, Ohio, this summer, Becky Carter, executive director of Juneau Pregnancy Resource Center, began to tear up as she connected the dots between the speaker before her and her very own daughter.

Before joining Heartbeat International in 2015, Boston had been stationed for nearly twenty years at the Pregnancy Care Center in Springfield, Missouri, serving pregnant women and helping rescue unborn babies from abortion.

As Carter pieced together Boston’s background, she realized that Boston’s clinic had to have been the one her daughter Nila had visited ten years ago as a confused 23-year-old looking for help.

Pregnant and far from her home and parents in Juneau, Alaska, Nila drove to the local Planned Parenthood where she lived in Missouri. Her plan was to have an abortion, but that decision was a world apart from what she’d grown up believing.

“I grew up in a Christian home, so I had always been taught and always believed that abortion was wrong,” she said in a video testimonial about her pregnancy. “But when you put someone in a situation where they feel backed into a corner in life with the consequences of their actions, (abortion’s) going to be an option, it’s going to run through their head.

“When I got pregnant, I was not in a healthy space, spiritually, mentally, emotionally and even in the relationship that I was in. Nothing about my lifestyle or my life was healthy during that time. So the possibility and prospect of bringing a child into that situation was just daunting. Nothing in my life was going the way that I thought it would go and putting a baby into that environment was terrifying.”

Sobbing in the Planned Parenthood parking lot, Nila asked God why He had put her in this situation. She went inside and filled out the paperwork. The receptionist put her hand on Nila’s and told her, “You’re doing the right thing. Everything will be fine. It’ll all go away.”

“Something that my dad always said was that, ‘If it sounds too good to be true, it probably is,’” Nila remembered. “And as soon as (the receptionist) said that, I got this sinking feeling in the pit of my stomach going, ‘This is not what God wants either, and two wrongs don’t make a right.’”

Fortunately for Nila and her son, Planned Parenthood didn’t have the chemical abortion pill regimen on hand. Instead, they scheduled her for an appointment for a few days later at another location in Kansas City.

The few days between the appointments gave her time for a heart-to-heart with a friend. Listening to Nila’s concerns, the friend suggested that she check out the local pregnancy center just to see all the options that were available to her.

That visit brought her right through Cindi Boston’s doors and saved her child’s life. 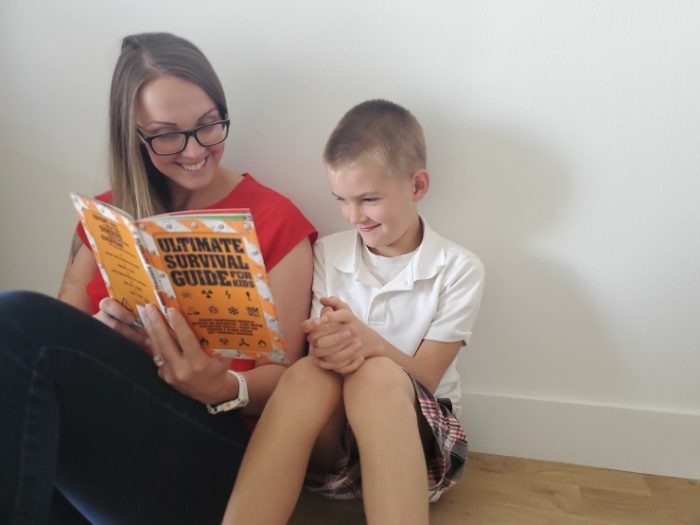 Photo: Nila and her son (Photo from original post at Pregnancy Help News)

“God wanted this child to be in the world”

Nila nervously entered the pregnancy help center, still highly cognizant of all of the factors that seemed to be working against her and her child.

The center staff listened to her concerns and helped her to see the situation in a new light.

“They kept encouraging me that I could do this, whether it was on my own or with the help of parents or family or friends–that God wanted this child to be in the world,” Nila said tearfully. “So he is. And I’m so thankful for the resource center that I went to because they gave me the confidence I needed to have a child on my own and they gave me the confidence that I needed and the skills and the education that I needed to care for a child, to bring up a child in God’s Word, to be the best parent that I could be regardless of the situation.”

Even with the challenges that came with single-parenthood, Nila says that having her son was worth it all.

“There are still consequences to that decision,” she said. “There are still people that look at the date my son was born and the date that I got married and see that they don’t add up, and then I do get some sideways glances sometimes, but I don’t even care anymore because my son is the most amazing thing that has ever happened to me. And I could not have been the kind of parent that I wanted to be without the thoughtful conversations and thoughtful counseling and the education resources that I got from the resource center in my town.”

The Person Who Saved Her Grandson

Ten years later at Pregnancy Help Institute in Ohio, Nila’s story replayed in the back of Becky Carver’s head. Listening to Boston and taking in the realization of who she was, Carter texted her daughter.

“I said, ‘Who did you speak to? Who was your counselor when you went to the center in Springfield?” she recalled. “And my daughter said, ‘Well, her name was Cindi, but I think she was the director.’”

The answer took Carter’s breath away.

“So as Cindi was up there talking, I’m just sitting there bawling, just thinking that in December of this year, my oldest grandson’s going to be 10,” she said. “I mean, it just hit me…how many people get the chance to meet the person who saved their grandson?”

“I look over and I see Becky start crying, I’m like, ‘Oh gosh, what’s going on? Is she overwhelmed? Does she need something?’” Littlefield said. “And she starts sharing the story. None of us knew. Our jaws were on the floor.”