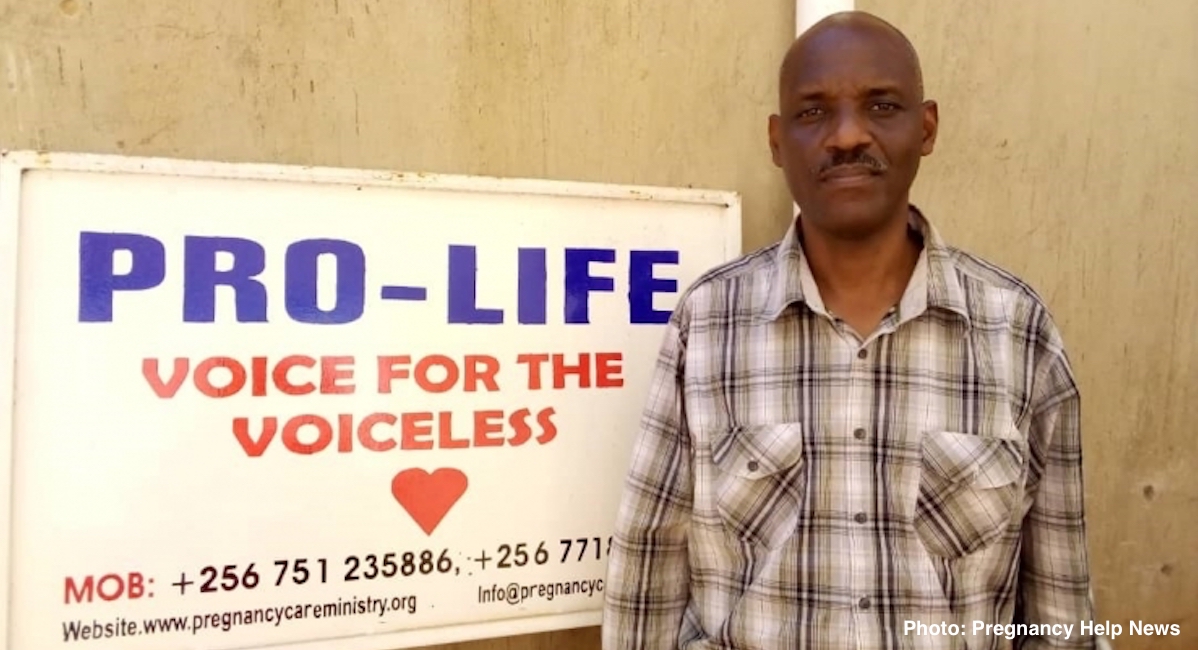 (Pregnancy Help News) The death of a colleague from a botched abortion, the sacrifice of a relative’s unborn child for the sake of education, and the tragic consequences of false information about the HIV/AIDS epidemic in Uganda drove Stephen Wabomba to take action to stem the tide of death.

Though abortions are illegal in his country, word on the street said there were individuals who would perform them. So those were the people to whom HIV-positive women turned when they feared the disease doomed their babies to being stillborn, or that pregnancy would unnecessarily shorten their own lives.

So, while the Ugandan government labored to scale down the spread of AIDS/HIV with a campaign of prevention efforts, Wabomba knew that wasn’t enough.

Knowing the prevalence of sex trafficking among impoverished youth as well, along with the overall shortage of accurate information about sexuality and abortion, Wabomba realized he had to do something more.

He began by writing Take It Home, a pocket-sized booklet on HIV/AIDS prevention and positive living.

The Ministry of Health approved distribution of the booklet, and Wabomba traveled the country to get it into readers’ hands. One trip took him to the capital city of Kampala, 81km (50 miles) from his home in Jinja, a major city in eastern Uganda. There, a chance meeting opened the door to new service.

In Kampala, Wabomba looked up The Comforters Center, where he met director Veronica Nakyewe.

“We shared about the need to have a pregnancy help center and she gave me a manual, Intimacy before Impact, published by Life International,” Wabomba said. “I can say that manual was my eye opener for starting Pregnancy Care Ministry.”

Impact through ministry was exactly what Wabomba longed for.

“We felt the need to address the root causes and consequences of unplanned/unwanted pregnancies by providing healing and hope,” he said. “We also undertook the initiative to protect the family and promote the sanctity of human life in communities.”

With Wabomba as executive director, in 2012 Pregnancy Care Ministry achieved recognition as a community-based organization (CBO) a nonprofit group that works locally level to improve life for residents, and six years later as a company limited by guarantee (CLG), a legal status for non-governmental charitable organizations.

Now Wabomba and his two other staff members work alongside a corps of volunteers.

They have promoted life-affirming messages through signs placed along roadways and outreach events in schools, as well as promotional events like banquets, pizza feeds, conferences and car washes. They have also made plans to purchase a printing machine to help fill the need for literature containing accurate information about abortion.

One center of Wabomba’s activity is Mbale, a large city 145 kilometers (90 miles) from Jinja, where he attended secondary school as a young man and nursing school. Today he speaks to young people in schools there and elsewhere, in the hope of preventing situations like his friend experienced 26 years ago.

“My friend had an affair with a girlfriend who conceived, and he did not tell me until the girlfriend started looking to him for money for abortion,” Wabomba said.

When Wabomba went to speak to the girlfriend, he said, “She told me that she stayed with her mother who is single. Her mother was doing all she could to educate her, because she herself did not have a chance to study.”

Abortion, the girl felt, was her only option.

But with Wabomba’s compassionate support—including provision of a larger school uniform—the girl decided to reject abortion, ask her mother’s forgiveness, and find a way to finish her education.

Now, decades later, Wabomba is still working to educate and empower other students to steer clear of sexual risk.

“I am supposed to go back to Mbale this year to form pro-life clubs in schools if resources allow,” he said. “Mbale is a big town with numerous schools and universities. And because of the traditional cultural dance of kadodi during circumcision periods, there are a lot of sexual exploits, especially among the teens. Hence, there are great numbers of early marriages. And hence silent rates of abortions do exist.”

Outreach to teens is not Pregnancy Care Ministry’s only activity, however.

All of this is taking place from within a space temporarily available from a church.

“We have written a project proposal, asking for help to build a pro-life center to help us be able to offer better services in advocating for the poor and vulnerable of our society, protecting unborn life and caring for pregnant and new mothers,” Wabomba said.

READ: Another day, another fictional attack on the work of pregnancy centers

Meanwhile, the ministry is expanding its online presence, through a new Facebook page and a recent two-year grant for creating a website.

Despite expected limitations, the ministry has already borne fruit.

For example, adults long denied information on their own sexuality and biology are finding natural family planning classes enlightening. One pastor’s wife said taking the classes freed her from fear that she had “a devil’s heart” once she understood the hormonal fluctuations created by her menstrual cycle.

Another family, once shamed by their daughter’s teen pregnancy, now has a grandchild to be proud of, thanks to Pregnancy Care Ministry.

“With our intervention, she was allowed to carry on the pregnancy to term,” Wabomba said. “Once he started school, the little boy is always among the best five students—sometimes number one—and everybody loves staying with him. The grandparents and the mother greatly appreciate our intervention.”

“My appeal is that we should work together in area of the weak and defenseless, the unborn children who cannot decide or talk against what abortion does to them,” he said. “To bring new hope amidst many challenges we need to work for justice and solidarity by promoting a culture of life, not death. That way we shall have built a society rooted in truth and love.”

Editor’s Note: This article was published at Pregnancy Help News and is reprinted here with permission. Pictured in the photo is Stephen Wabomba, executive director of Pregnancy Care Ministry in Jinja, Uganda.