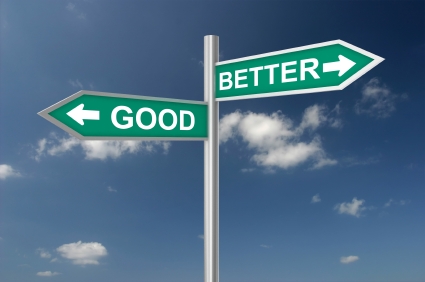 Last March I wrote a piece about the now-infamous “after-birth abortion” article by philosophers Alberto Giubilini and Francesca Minerva. Instead of merely emoting about the evil of infanticide, I sought to understand the philosophers’ argument, and refute it with illustrations that expose its counter-intuitive implications. I primarily argued against Giubilini’s and Minerva’s bizarre view of what “harm” is, demonstrating that their definition of harm cripples their other arguments. 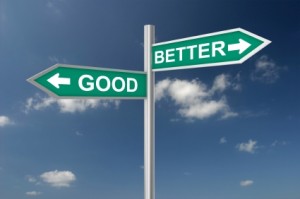 After more thinking on the subject, I now realize that a few of my illustrations toward the end of the article didn’t respond to their precise view of harm. This postscript is an attempt to explain why.

To refute this view of harm, I offered an illustration, which I still believe demonstrates how counter-intuitive their view is:

A pregnant mother suffering from severe nausea asks her OB/GYN for Thalidomide, an anti-nausea drug that was used by pregnant women in the late ’50s before the medical community realized that it causes severe fetal deformities. Pregnant women have not been allowed to take that drug since, but imagine that the pregnant mother in my story finds a way to get Thalidomide illegally, and takes it, causing her baby to be born without arms and legs. Giubilini and Minerva would have to say that the fetus was not harmed at the time the mother took Thalidomide. He was harmed on the day that he first experienced a desire for arms and legs. So the harm-inducing drug didn’t harm him for the years he did not experience a desire for arms and legs. At the time when it caused his arms and legs to grow improperly, was it helping him? Did it have a neutral effect on his body? Isn’t it obvious that while the fetus might be harmed in an additional way later on (psychological pain due to the arms and legs he is consciously missing), he is right now, at the time the thalidomide is altering his cellular development, being harmed in a basic sense.

But at the end of the article I offered two illustrations that don’t meet Giubilini’s and Minerva’s view of harm when it is correctly understood. Read them and see if you can catch the mistake I made:

Imagine a Buddhist Zen master who has achieved an advanced level of meditation and is in a perpetual state of contentment. He doesn’t have a desire to live because he’s fine with the world, and if somebody walks up and kills him, the universe will go on. In other words, he is an individual who does not attribute to his own existence some (at least) basic value such that being deprived of this existence represents a loss to him. Would it be wrong to kill the Zen master? Of course it would, regardless of how much or little he attributes value to his own existence.

Another example is the suicidal person who does not presently value her life. Imagine a serial killer who has a mental addiction to killing people. In a twist from the main character of the TV series “Dexter,” he decides to kill only those who have decided to commit suicide. Would his future murders be morally neutral because his victims did not attribute to their own existence basic value, since they were going to commit suicide anyway? Of course not.

Here’s my mistake: the authors’ view is that you must be currently capable of valuing the different situation you would have enjoyed. In these two cases, we have people who aren’t currently enjoying the different situation, although both are capable. This point of difference between my last two illustrations and the author’s definition of harm removes the value of using those two illustrations in this case. They are, however, very useful if the person you’re talking to believes that you must currently be valuing your life or else it’s not wrong to kill you. And yes, there are some pro-choice people who defend abortion this way. “The fetus does not value his life, so he is not harmed by abortion.”

After I discussed the problems regarding the Buddhist zen master and suicidal person with my friend Trent Horn, Trent modified an argument he believes he heard from Christopher Kaczor. If you agree with the conclusions in the following illustration, then it powerfully demonstrates how counter-intuitive Giubilini’s and Minerva’s worldview is. Remember, they believe that you can be harmed by an act now if you are currently able to value the different situation you would have enjoyed, but you can also be harmed by an act at the point in the future when you are able to value the different situation. Because the newborn killed in an “after-birth abortion” never lives long enough to value the condition of living a long life, Giubilini and Minerva conclude that she is not harmed by infanticide. If this view of “harm” is dismantled, their entire argument for the permissibility of “after-birth abortion” crumbles.

Consider Frank, a 40-year-old male who was injured in a car accident. Frank is now only minimally conscious, or he is on par with an infant in respect to cognitive abilities. Suppose that Frank’s impairment is due to the fact that the accident caused part of his brain to be damaged and that this damage is the direct cause of his lack of function. Fortunately for Frank, it is the year 2065, and hospitals can restore damaged brain tissue in the same way that we can restore damaged hip bones (a process which would have mystified almost everyone in the 19th century just as the process of brain restoration mystifies us now).

Now consider the claim that “a person is any human being who has the immediate biological capacity for rational thought.” Under this definition a thoughtful person would ask, “Is Frank a person?” If Frank were merely sleeping, he would be considered a person because he can act rationally shortly after waking up. If Frank is drugged, he will be rational when the drug wears off. If Frank were in a coma, he would be rational once the defect in his body preventing rational thought had healed.

However, the critic will contend that in all these previous cases (asleep, drugged, comatose) Frank has a fully formed brain that allows rational thought, while an infant’s brain must dramatically increase in order to do that (such as the need to grow billions of synaptic connections). In other words, Frank has the hardware to run rational software, but the infant still needs a CPU to be installed. But in the brain repair case, Frank is an injured adult who has to re-grow his brain in order to be rational (or he is missing chips in his motherboard). It seems clear that Frank definitely does not have “the immediate biological capacity for rational thought.” But if that means that Frank is not a person, then giving his brain restorative therapy would be akin to giving a cat hip replacement surgery. It would be kind (albeit wasteful), but not wrong to withhold. But it seems that just as it would be wrong to deny a comatose patient a skin graft or other surgery that improved their health, it would be wrong to deny Frank the simple brain recovery surgery.

However, an objection may arise. Would that mean that a robot which we could grow a brain in but do not is a person because the robot has the capacity to develop a brain via artificial surgery? An example that comes to mind is the robot Mr. Burns built in “Treehouse of Horror II” (original air date October 31, 1991), which he eventually caused to have rational thought by implanting Homer Simpson’s brain inside it (the robot did desire donuts, after all). Is the pre-Homerized robot shell a person? I say it is not because the robot’s capacity to have a rational brain is extrinsic, and not intrinsic to the robot’s nature. In that case, the robot didn’t get a brain, but instead Homer got a robot body (which would be true in any other cyborg scenario).

However, injured Frank and any healthy infant both possess a natural capacity to grow brain tissue as a part of the kind of being they are. Robots must be built, but humans simply develop. If allowed to develop, a healthy infant will grow a brain large enough to have rational thought because she is a rational being by nature (even if she can’t function rationally). Likewise, Frank is a rational being by nature whose body has an innate ability to grow a brain that is simply helped by modern medicine. If we are morally obligated to heal Frank by restoring his rational powers via external processes that encourage the natural growth of a brain (brain-reconstruction surgery), then are we not morally obligated to instill rational powers in infants via external processes that encourage the natural growth of their brain (e.g., provide food and shelter)? I answer that in both cases we are obligated because rational beings, regardless of function, possess a right to life. Although the brain restoration case may require extraordinary medical care (i.e., a $20-million surgery) and thus not be morally obligatory. However, the infant requires only ordinary care, and if such ordinary care would allow Frank to heal his brain, then we should provide that care to infants that have the natural ability to grow a brain that is capable of rational thought.

It seems odd that such intensive argument is needed for a truth that most people, with good cause, hardly doubt. That truth being, “Perhaps it is better not to kill babies.” For our sake, I hope this truth does not vanish thanks to the pondering of a few Australian ethicists.