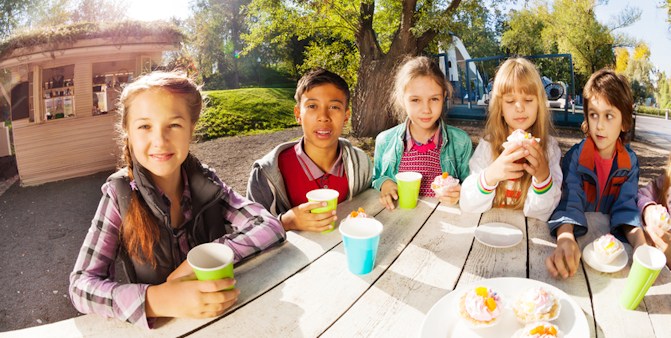 It seems that more couples are choosing fur babies over human babies, and Pope Francis says that’s a mistake. The Pope, in his address Wednesday in St. Peter’s Square in the Vatican, said that it is a selfish act to choose to remain childless. In fact, he said, it’s a sign of a “depressed society”:

“A society with a greedy generation, that doesn’t want to surround itself with children, that considers them above all worrisome, a weight, a risk, is a depressed society. The choice to not have children is selfish. Life rejuvenates and acquires energy when it multiplies: It is enriched, not impoverished.”

His address, focused on children and their role in society, is not a new topic for Pope Francis, who, the Guardian reports, just last year “warned against the lure of a ‘culture of wellbeing’ that can come when a couple does not have children and has the money and freedom to take nice holidays and buy a second home in the countryside.” He said:

“It might be better, more comfortable, to have a dog, two cats, and the love goes to the two cats and the dog. Is this true or is this not? Have you seen it? Then, in the end, this marriage comes to old age in solitude, with the bitterness of loneliness.”

He’s right about the dogs and cats, if recent reports are any indication.  Last year the New York Post reported that more young women are choosing dogs over babies.

“The federal data behind the report show that over the past seven years, the number of live births per 1,000 women between ages 15 and 29 in America has plunged 9 percent.

“At the same time, research by the American Pet Products Association shows the number of small dogs — under 25 pounds — in the United States has skyrocketed, from 34. 1 million in 2008 to 40.8 million in 2012.”

One woman said in the Post story, “It’s just less work and, honestly, I have more time to go out. You . . . don’t have to get a baby sitter.”

Even the Wall Street Journal concurred, saying in 2013 that pets are as good, or better, than children:

“Welcome the dog child. Up to 81% of Americans view their pets as family members, and think about their dogs as much as their children. 71% have a photo of their dog in their wallet or phone that they show other people.”

Among the paper’s assertions:

“There are obvious benefits to having dogs rather than children. Your dog will never slam a door in your face or tell you they hate you. They can be potty trained in eight weeks. They don’t need clothes, a car, or a college education…. In recent years, several discoveries about dogs make kids even less unique.  It turns out that dogs are startlingly similar to human infants in several key areas….”

And why are dogs better? Well, the Wall Street Journal says it’s because “dogs can read your gestures but they’ll never make rude gestures of their own. They can learn words like children but they can’t talk back. And they are as attached to you as a child, but are much, much cheaper. It isn’t hard to see which dependent is the logical choice.”

The paper seems to say that because dogs are more obedient and less rebellious than children, they are better. The paper seems to say children are not worth as much work, so have the joy of loving and being loved, but without the work of raising a child. Give the love to the dog, the Journal says, perpetuating the selfishness of the culture.

While pets unquestionably can love and be a valuable addition to a family, the trend that pets are the family, Pope Francis says, isn’t healthy. He said:

Statistics show we don’t understand. Many see children as a burden to be carried, rather than a joy to be cherished. We are a depressed, society, as Pope Francis asserts, when we consider killing our child a better option than giving the child up for adoption so others can love and nurture the child.

Unlike choosing a pet, where we seek out the most beautiful, charming, maybe even unwanted pet in an animal shelter so we may rescue it, we turn our heads at the preborn baby in the womb, who will only “complicate” life. And that, says Pope Francis, is a societal downfall.