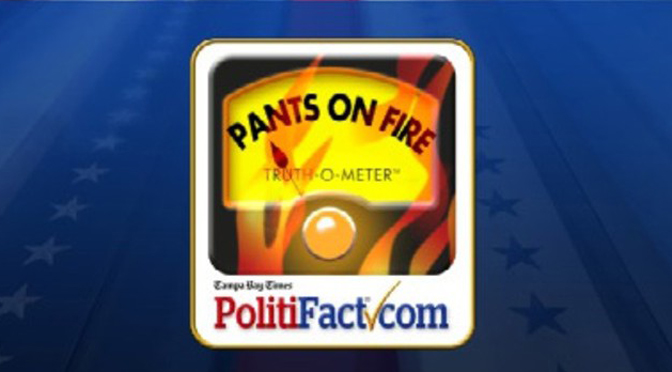 PP Votes’ current ad campaign claims that Heck “voted to criminalize abortion for rape victims.” PolitiFact gave the ad a “Half-True” rating, noting that the source for this accusation is Heck’s sponsorship of and vote for the District of Columbia Pain-Capable Unborn Child Protection Act, which would have banned abortion past twenty weeks in the nation’s capital.

The bill did not contain a rape exception. However, the “criminalize” terminology leaves viewers with the misleading impression that women seeking abortion would be made criminals for attempting to abort after being raped.

In fact, the bill specified that only abortionists would be subject to penalties, and that “A woman upon whom an abortion in violation of (this legislation) is performed or attempted may not be prosecuted under, or for a conspiracy to violate.”

PolitiFact further notes that Planned Parenthood’s visuals appear designed to create this false impression: “the ad visually reinforces the notion that women would be left open to criminal penalties by featuring a succession of young women, none of whom wear the tools of the medical profession, such as a lab coat or a stethoscope.”

The ad is also disingenuous for a reason PolitiFact does not note: as a twenty-week abortion ban, the legislation would have allowed rape victims — as well as women with any other reason — to obtain abortions without penalty for the first five months of pregnancy.