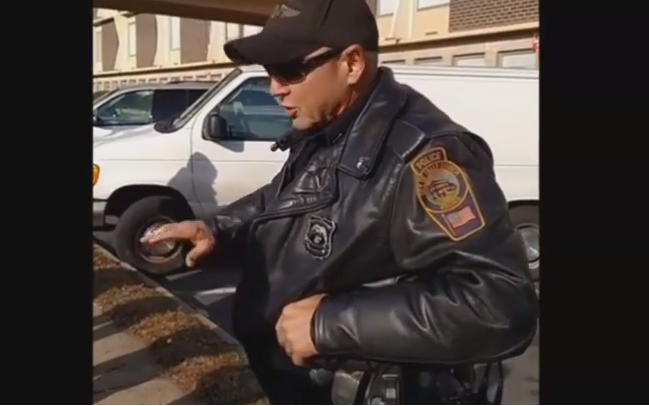 On Saturday, a pair of Falls Church, Virginia, police officers attempted to silence pro-life activists caroling on public property outside of an abortion clinic, but a letter from the pro-life law firm Alliance Defending Freedom quickly defused the situation.

In an incident captured on video, two officers approached a group singing “Silent Night” outside of the abortion facility, and told them they were violating a noise ordinance against “sing[ing] on any public street or private property in the city at anytime, so as to cause a noise disturbance.”

They stopped singing so as to avoid citations punishable by up to a $2,500 fine, or a year in prison, but contacted ADF about the incident. ADF subsequently sent a letter to the police department, explaining the pro-lifers’ free speech rights.

“No city ordinance can trump the First Amendment. It’s preposterous to think that any noise ordinance can or should be used to stop the singing of Christmas carols on a public sidewalk,” ADF Senior Counsel Matt Bowman explained.

The letter further explained that “Christmas carols are obviously not a ‘noise disturbance’ to ‘a reasonable person of normal sensitivities’ as set forth in the ordinance,” which defines disturbances as “any sound which: (1) Endangers or injures the safety or health of humans or animals; (2) Annoys or disturbs a reasonable person of normal sensitivities.”

On Tuesday, the city of Falls Church backed down and confirmed that residents were free to sing Christmas carols on public property outside of abortion clinics.

“We’re pleased that that city has changed its tune and says it won’t do that again,” Bowman responded. “We will continue to monitor the situation to ensure that the carolers will be able to exercise their constitutionally protected freedom to sing tomorrow as planned.”