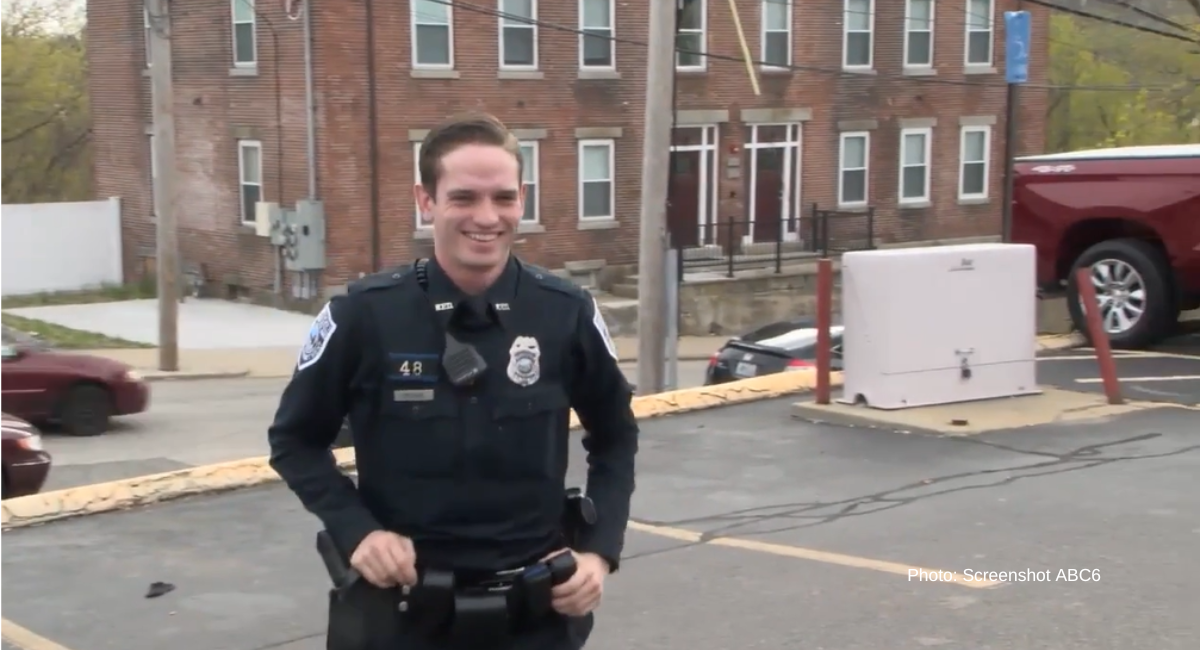 Officer Connor Doyle of the Woonsocket, Rhode Island, Police Department was dispatched for a welfare check in the middle of the night in March, and he assumed it was going to be another drug overdose. Instead, he found a woman covered in blood, in the middle of labor — making it a call Doyle will never forget.

According to Fox News, Doyle, 27, had been contacted by one of the woman’s family members, concerned about her safety. The woman had a history of drug use, and the assumption was that she had overdosed. An overdose wasn’t unusual; in an interview with ABC6, Doyle said he had already responded to reports of a drug overdose and arson that night. Along with his partner and two firefighters, Doyle went to the woman’s home. While there was evidence of drug use in the apartment, there was a surprise waiting: a mother in labor.

“She is about 90% of the way through delivering a baby,” Doyle said. The woman explained she hadn’t known she was pregnant. But in a scary twist, the baby wasn’t breathing at delivery “We performed lifesaving measures, we got her breathing,” Doyle said. “This baby was the size of my hand, maybe smaller.”

After that, both mother and baby were taken to the hospital, where the 25-weeker was placed in the NICU. While the birth of a new child is a joyous occasion for most, it was perhaps bittersweet for the new mom. “[The mother] said she had been sober for a very long time. She started using again, and she thinks that’s what set off the labor,” Doyle said. “She said she had no idea she was pregnant and if she had known, she would not have used.”

But the birth also ended in good news: the mother went back into a treatment program, including undergoing drug screenings and a 12-step program, wanting to get clean for her baby. Doyle said she is now sober, and messaged Doyle to thank him for saving her life and that of her baby.

Thomas F. Oates III, police chief of Woonsocket PD, praised Doyle and the other first responders for how they handled the situation. “They weren’t exactly sure what they were dispatched to [do]. That’s the nature of police work. You have to expect the unexpected,” he said, adding, “These young officers are having first major incidents in their careers. They reacted well, doing just what their training has taught them to do.”