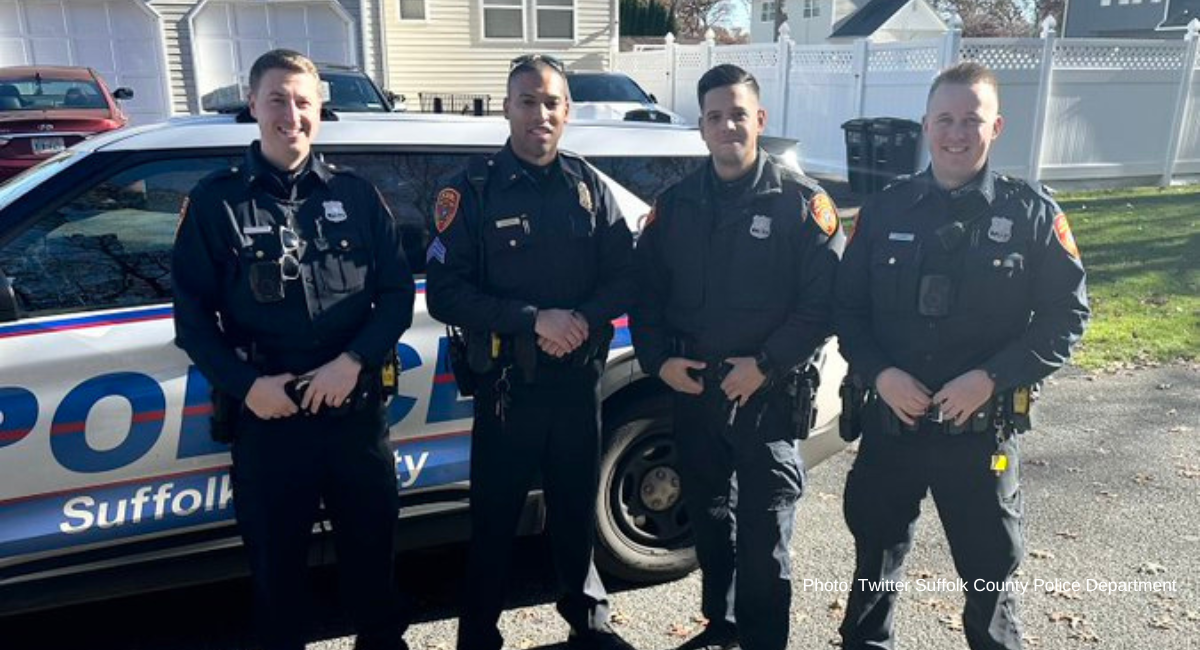 A Long Island police officer is being called the “baby whisperer” after he helped a mother deliver her baby at home… his fifth delivery!

Rebecca Reyes called 911 in November after she unexpectedly went into labor with her third child and was worried that she wouldn’t be able to make it to the hospital in time. Officer Conor Diemer was first on the scene and had her lie down in the living room. Sgt. Jon-Erik Negron arrived soon after, in what ended up being his fifth time assisting in labor and delivery.

The baby’s father, Juan Maldonado, arrived just in time to hold Reyes’ head as she labored. Just 12 minutes later, at 10:25 am, little Owen was born.

Soon afterward, Shirley Community Ambulance arrived and took both mom and baby to the hospital to be checked out. Both were deemed healthy, and Owen weighed in at six pounds, 13 ounces.

And thanks to Shirley Community Ambulance for assisting. pic.twitter.com/XYQDHyHjLE

Negron’s first delivery was in 2017, according to Fox 5. The third delivery ended up being scary, as the newborn wasn’t breathing at first because the umbilical cord was wrapped around the baby’s neck. Negron used a turkey baster to clear fluid out of the baby’s airway, and the infant soon began breathing. Negron was asked by the parents to be the baby’s godfather, which he accepted.

“While this is the third time Rebecca has been part of a baby delivery, one person in the room has her beat,” the Suffolk County Police Department wrote. “This is the fifth baby delivery Sgt. Negron has been involved in as a member of the SCPD, earning him the nickname the ‘Baby Whisperer.'”

For now, Negron and the rest of the department are wondering how far his record will go. “I thought that my childbirth days were over when I became a sergeant this year,” he joked. “I guess the record lives on so we’ll see how many we can take it to.”