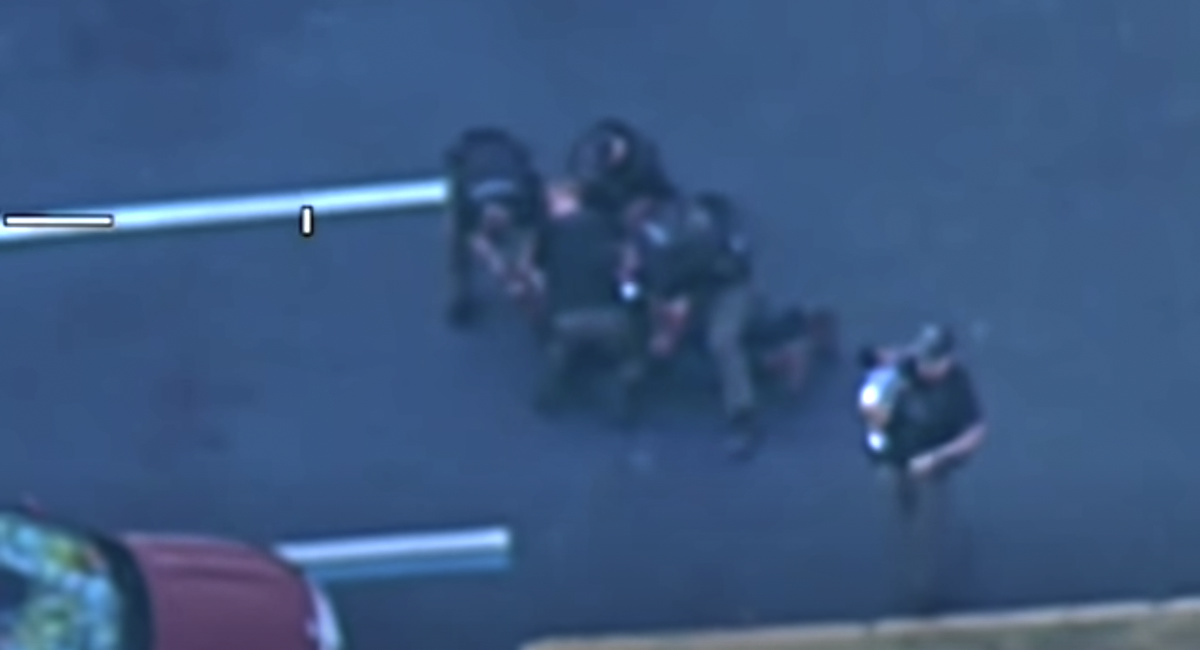 Last week, a man who led police officers in Florida on a high-speed chase for 40 minutes after they tried to pull him over for erratic driving employed an unexpected tactic to elude capture: throwing an infant at approaching officers.

On May 26, John Henry James of Cleveland, Ohio, was seen driving erratically in Vero Beach, Florida. James refused to stop when police with lights and sirens on attempted to pull him over, and then proceeded to lead them on a high speed chase through residential neighborhoods. After unsuccessful employment of roadblocks and other tactics, James’ vehicle was finally slowed down by a spike strip.

Shortly thereafter, the 32-year-old suspect pulled into an apartment complex parking lot. He then fled on foot with a two-month-old baby boy in his arms. As officers closed in, James attempted to distract them and save himself from arrest by throwing the child straight at one of the officers, Indian River County Sheriff’s Office Deputy Jacob Kurby, who successfully caught the child in mid-air.

James was then wrestled to the ground, kicking and biting officers all the while.

WARNING: Video contains profanity and may be disturbing to some viewers.

According to the police report, James kicked multiple officers, including one in the leg and another in the face, as he continued to resist arrest — even while being evaluated by emergency medical services (EMS) personnel at a nearby fire station.

READ: Police officer saves newborn’s life: ‘I just know that God put me there that day’

Once at the hospital for treatment of lacerations to his face and the suspect’s own claims that he had trouble breathing, the police report noted, “once in the hospital bed, I could smell the odor of alcoholic beverage emanating from his breath.” James faces two charges of battery on a law enforcement officer, as well as charges of aggravated battery on a law enforcement officer with a deadly weapon, felony fleeing and eluding, resisting arrest with violence, reckless driving, and a citation for improperly driving in multiple lanes at one time.

Officer Kurby, who caught the two-month-old child unharmed, told a local news station, “I’ve seen some crazy stuff but this is definitely up there. It wasn’t a nice underhand handoff from a foot away, it was a throw…. It was kind of awkward. I couldn’t chase him, I couldn’t tackle him, not a whole lot I can do because he had the baby. He just turned around, no regard, not a little toss or anything, he just turned around, overhand threw this two-month-old at me from about six feet away.”

The heroic police officer said of the child, “He’s just a cute little baby, fluffy hair, had a cute little outfit on. Luckily we were able to get the baby from him before he did trip and fall, or try to car jack somebody else.”

Sheriff Eric Flowers commented of the suspect after the incident, ““You can’t throw a baby at us and expect us to treat you with kid gloves.”