A noticeable pattern has emerged on Planned Parenthood’s Facebook page.

I know I’m not the only pro-lifer who glances at Planned Parenthood’s Facebook page now and then. In the last week or so, a noticeable pattern has emerged on the page: supporters complaining about unsolicited phone calls from the abortion giant. Not just unsolicited, but “pushy” and “rude” phone calls.

Abby Johnson, former director of Planned Parenthood in Bryan, Texas, told me that it is unusual for Planned Parenthood to send people to the streets to garner support and funding. This shouldn’t come as a surprise, though: in their latest annual report, Planned Parenthood reported that a whopping $487,000,000 (that’s 46% of their overall billion-dollar income) came from taxpayer dollars, a huge spike from the $360,000,000 they received in 2009. In the last year, millions of dollars have been defunded from the abortion chain. 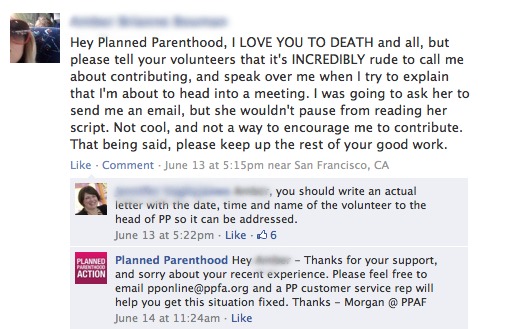 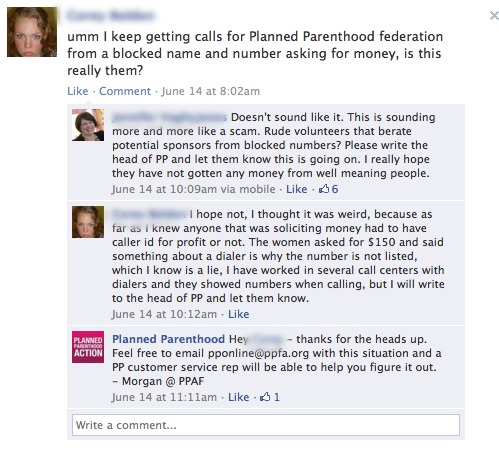 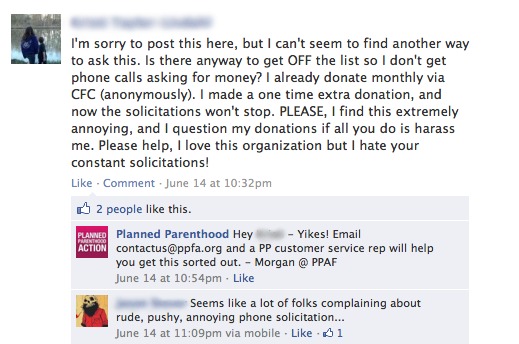