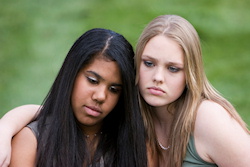 Planned Parenthood of Montana has filed a lawsuit against two laws that would require parental consent for a minor to obtain an abortion. The first law, Legislative Referendum 120, was approved by 70% of voters in Montana last November. LR-120 would require an abortionist to notify parents before performing an abortion on their daughter if she is under 16. Before LR-120 took effect in January this year, Montana was one of only 13 states that did not require parental notification for an underage girl to obtain an abortion.

The second law that Planned Parenthood has a problem with is a bill that recently passed Montana’s legislature and is scheduled to take effect on July 1. This bill requires not only parental notification, but parental consent for any girl under 18 to get an abortion; it would overshadow LR-120. As you can imagine, this doesn’t sit well with Planned Parenthood.

On one hand, you would kind of expect that a place named Planned Parenthood would want parents to know what is going on in their daughter’s life and would want them to be involved in helping her make a good decision. On the other hand, you know that Planned Parenthood can profit only if somebody’s daughter makes the decision to abort her baby, and so you can’t expect that they would want to put anything at all in the way of an abortion.

The past has proven that parental consent laws are bad for the abortion business: when a parental consent law was passed in Alaska in 2010, abortions on minors dropped by 23 percent in one year. So you can’t honestly be too surprised by the big reaction: in the suit, Planned Parenthood has asked District Judge Mike Menahan to block the second law before it goes into effect, and to void both laws on the grounds of being unconstitutional.

Requiring parental consent for a minor to obtain an abortion is unconstitutional only in Planned Parenthood-land, where it is a violation of the minor’s privacy. But out here in the United States, it’s not a violation of my privacy when I need parental consent to take aspirin at camp. No, because my parents are responsible for me, and they have my best interests in mind. It is a parent’s business to know what is going on in their child’s life, and I think that it is also a grandparent’s business to know when their grandchild’s life is hanging in the balance.

While Planned Parenthood believes that a parent knowing of her daughter’s intent to abort is a violation of the daughter’s privacy, it is both the parent’s right and the parent’s duty to be keeping close tabs on her child’s health.

Planned Parenthood’s director of public affairs, Stacy Anderson, tried to skirt this fact by saying that Planned Parenthood encourages teens to talk to their parents about their sexuality. The Missoulian quotes her saying that “the sad truth is that some of these teens live in dangerous homes and can’t go to their parents. The intent of (these laws) is to make it extraordinarily difficult for girls from abusive families to get access to healthcare.”

Secondly, if a girl lives in a dangerous home, an abortion, with or without parental consent, is not going to solve that. If her family is abusive, abortion is not going to solve that. If she lives in a dangerous home, maybe, just maybe, she should actually be helped out of that situation, not just given an abortion and sent back into it. Of course, Planned Parenthood would rather just cover up her situation with an abortion and send her back home to cry in her perfect privacy.