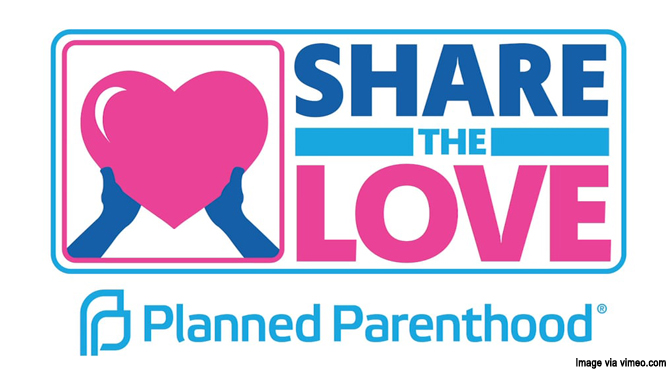 Planned Parenthood plays on the human need to do good for society, even as they do the opposite for women. In the two videos released so far by the Center for Medical Progress, both abortion doctors, Deborah Nucatola and Mary Gatter, repeatedly talk about how donating babies from abortions can help women feel they are doing a good thing – an “extra bit of good,” according to Nucatola, and a “silver lining” according to Gatter.

These doctors – maybe to justify to their own consciences – reason to patients that even abortion can yield good, through ’tissue donation.’ It’s an interesting idea, since abortion clinics dehumanize the preborn baby.

In the first video, Dr. Nucatola says to the buyers, regarding tissue donation:

Yea, I mean, there are obviously the patients how come in, who are asking about it from the start so it’s easy to talk about. But the others, I mean honestly, there’s not going to be one thing that works for every patient. Every patient experiences a whole wide range of emotions about the experience in general, and so you don’t know where they’re coming at from there. But I think every one of them is happy to know that there’s a possibility for them to do “this extra bit of good, ” in what they do.

And I think patients respond most to knowing the types of outcomes that it might contribute to, so for example Alzheimer’s research, Parkinson’s research. I think most of these patients have some experience with at least one of these conditions or another….

I don’t think-I don’t think it’s a difficult conversation to have because the difficult stuff has already happened, they’re kind of prepped for this. If anything, this is almost a pleasant surprise in a way, you know you’ve been through the tough stuff, you’ve made this difficult decision. Now there is one more opportunity for you to think about. And, I think they appreciate it. (Transcript, 8)

But there is not a provider out there, who doesn’t want this. Everybody just sees this as a way to add another layer of good on top of what they’re already doing. They already feel that what they’re doing is good. (Transcript, 18)

Well, that’s really the fundamentals too, of talking about the cost per specimen. At the end of the day we just want to keep the doors open. And we don’t want to let jeopardize keeping the doors open. We just want it to be reasonable for the impact it has on the clinic. This is not a new revenue stream the affiliates are looking at. This is a way to offer the patient the service that they want. Do good for the medical community. (Transcript, 26)

Yes, to frame this publicly, because right now, we’re in a position where yes, our patients ask about this, and they feel that this is important, and they feel that they’re doing a good thing. But there are a lot of people who think that what we’re all doing is bad and they don’t want it to happen at all. You know, is there a way to continue to frame this, are there things that we can spotlight, benefits. Because if we can reframe the conversation, it’s just a win-win for everybody. More patients will want to do it, more affiliates will want to partner with you, and maybe some of the people who are trying to shut it down on every level will not. I don’t know how to do that; if I knew how to do that, I would have done it already (Transcript, 27)

Well, it’s been my experience that people are eager to find some silver lining in the situation, and they’re seventy or eighty percent of the people you thought would say yes. (Transcript 3)

That might be overstating the case, we were talking about people wanting to see something good come out of their thing, they want to see a silver lining but I’m not sure that would change all that much. (Transcript, 17)

The thing to remember here is that they are running a business deal. These doctors are like brokers, helping buyers find clinics to deal tissue to them. They advise on prices, barter in-kind services, and make the deal go through as smoothly as possible. The buyers are wholesalers, middle men who make a decent profit because they give a bit to the abortion facility and then turn around and sell the tissue/body parts to researchers, which is where the big money is. (For more on this, refer to our recent series “Fetal parts for sale Part 1 and Part 2, with more to come) .

The bottom line is that everyone involved with Planned Parenthood has to ‘reframe’ their despicable practices as doing some humanitarian good because it is the only way to justify more than 327,000 abortions per year. The truth is, there is no silver lining for the dead. Cadavers donated to science are consenting adults. Their parents are not allowed to consent for them. Except at Planned Parenthood.

As the meeting with Nucatola wraps up in the first video, they segue into this dialogue.

Nucatola: Yeah, absolutely. Thank you for being persistent and having me here today, and for a fabulous lunch. I have to tell you, I am excited about the prospect of even hearing a little bit about what happens once you leave one of our sites, with your tissue. What it means to the researcher and the bigger picture. It’s almost kind of like image building.

Nucatola: And it’s a good thing for everyone. Yea, and who knows, maybe in November we’ll feel even better. Something else will happen.

Buyer: There is hope.

Of course there is no hope for millions of dead babies.