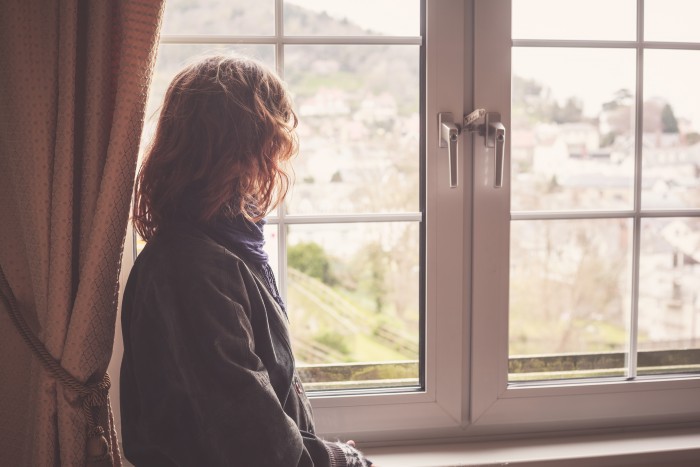 While the pro-life community celebrated the day after Governor John Kasich of Ohio signed a bill that bans abortion after 20 weeks, the New York Times published an article entitled, “Abortion is Found to Have Little Effect on Women’s Mental Health,” by Pam Belluck. In her summary of this study, Ms. Belluck noted, “The study… found psychological symptoms increased only in women who sought abortions but were not allowed to have the procedure because their pregnancies were further along than the cutoff time at the clinic they visited.”

This statement demands a closer look into how rigorous and/or transparent the study actually was. What is being reported here is that women who are able to have abortions do not have increased psychological symptoms, and that abortions have little effect on women’s mental health. The idea is that only women who are turned away have experienced negative effects on their mental health.

Review of any literature and/or research that addresses the abortion experience requires judicious scrutiny. Why? Because studies like this one will be used to pressure Congress to continue funding organizations like Planned Parenthood. This study will also be used to influence public opinion toward Planned Parenthood and access to abortion. If you have any doubt, Dr. Raegan McDonald-Mosley, chief medical officer for Planned Parenthood Federation of America, set the stage when she said in a CBS news report, “This research shows, yet again, why politicians should not play doctor. Instead of laws not based in evidence, we should be considering the women who may be more likely to experience negative mental health consequences: those who are not able to access abortion when they’ve made that decision.”

Transparency in research is critical. In clinical trials investigating new drugs, there are numerous steps in the study design process to try to ensure that pharmaceutical companies funding the research do not influence the outcomes in their favor.  The studies are designed to protect the patients’ best interests and safety. Lives are at stake. Likewise, there need to be measures to ensure powerful organizations such as Planned Parenthood are not able to influence outcomes in their favor.  Studies like this one should be totally neutral. The lives of the unborn are at stake, as well as the mental and physical health of the mothers. Abortion is an industry, and Planned Parenthood is one of the leaders in this industry.

The study, interestingly called the Turnaway Study, was conducted by the Advancing New Standards in Reproductive Health Program (ANSIRH) at the University of California, San Francisco, and was published in The Journal of the American Medical Association (JAMA) Psychiatry.

Who are the researchers/authors? With whom are they affiliated? What or who is the funding source? What questions were asked in phone interviews? Who were the interviewers?

M. Antonia Biggs, researcher and an author of the study, is an Associate Researcher in the Department of Obstetrics, Gynecology & Reproductive Sciences at the University of California, San Francisco, ANSIRH, and Bixby Center for Global Reproductive Health.  If you have any doubt about whether her research might be biased in favor of abortion, just visit their website – “The Bixby Center has been a leader in clinical research to develop methods of abortion and improve abortion care.” The University’s ANSIRH has a close relationship with Planned Parenthood, even offering Planned Parenthood Certificate Programs at Planned Parenthood facilities in Concord, San Jose, and Fresno, California.

In the NYT article, Dr. Biggs said their research showed that “women denied an abortion have more anxiety, lower self-esteem, less life satisfaction than women who are able to get an abortion. But by six months to a year, they’re similar to women who had an abortion.” Dr. Biggs further concluded, “expanding access to abortion care is more likely to protect women’s mental health than restricting women’s access to abortion care.”

Could there be an alternative motive here?  Access to abortion is one of the main objectives of ANSIRH and of much of Dr. Biggs’ career.

Danielle Sinkford, interviewer– While working on her master’s degree, Ms. Sinkford was the Treasurer for Nursing Students for Choice at UCSF.

Elisett Weiss, project coordinator –  Interned at the Feminist Majority Foundation and, in a comment on The Sea Change Program, in celebration of the Roe v Wade Anniversary, she stated she “never dreamed her career would shift to focus on abortion research and preventing abortion stigma.”

Research and institutional funding for this study was provided by the David and Lucille Packard Foundation, the William and Flora Hewlett Foundation, The Wallace Alexander Gerbode Foundation, along with other private donors. Could these organizations influence, intended or unintended, bias in favor of Planned Parenthood and/or the findings?  What is their relationship with Planned Parenthood?

The David and Lucille Packard Foundation funds research on population growth and reproductive health. Between 2011 and 2016 they awarded 43 research grants to Planned Parenthood. In 2016 alone, Planned Parenthood affiliates received $13,250,000 from this foundation.

The Wallace Alexander Gerbode Foundation was the first investor in reproductive technologies like RU-486. Gerbode has served as an early and ongoing funder for Planned Parenthood.

This grant will support Planned Parenthood Federation of America’s work to strengthen the capacity of local Planned Parenthood health centers to deliver cost-effective health care services, build and mobilize a growing network of supporters to promote and protect reproductive rights, provide legal defense against laws that weaken women’s access to abortion and birth control, and develop technological advances that improve access to and streamline provision of health care and information. This is a one-time grant to PPFA’s Second Century Campaign.

Research that involves interviewing participants is referred to as qualitative research. Extraordinary discipline is required to protect the validity and reliability of these studies to avoid bias and ensure truth in reporting. There is the concern for confirmation bias where the interviewer seeks information that supports a pre-conceived viewpoint. The way questions are asked can be biased or leading and skew the respondent’s answers. Another potential concern might be sensitivity bias when questions are raised that respondents feel uncomfortable discussing, leading to false answers. Sample bias is another risk in which the group of respondents is screened to get a select group, excluding those who don’t fit the narrative the researcher desires. The interviewers or analysts can also produce bias by the manner in which they report the results. For example, the interviewer’s beliefs, attitudes, experiences, etc., can intentionally or unintentionally inject bias into the results. Often research occurs within an academic setting as a requirement for graduate studies, students may inject bias to please faculty advisors or to avoid discrimination.

These are all points to consider in studies like the Turnaway Study, especially in light of several key issues facing the new Congress that address abortion: the Hyde Amendment, Supreme Court appointees, repealing the HHS mandate, eliminating funding for Planned Parenthood, and the Pain-Capable Unborn Child Protection Act. Therefore, Congress and the public need to be vigilant, paying close attention to the debate. Ask questions and keep the communication lines to your Senators and Representatives open, and hold them accountable to ascertain the facts.