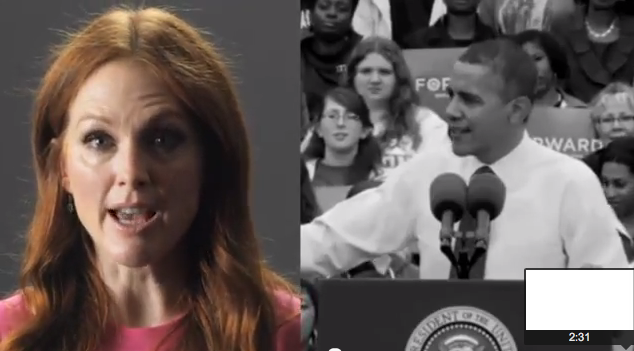 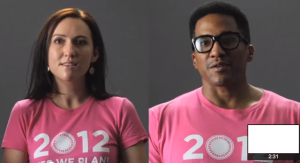 Shot from the “Yes We Plan” ad

Planned Parenthood’s Action Fund has released a two-and-a-half-minute ad called “Yes We Plan.” Mary J. Blige, Julianne Moore, and Q-Tip all star in it, yet I can’t help but wonder why it’s so poorly done. I nearly cringed watching it – the quality is that low. If you disagree, share your thoughts in the comments below.

It seemed rather strange to have Planned Parenthood’s “friends” (as they’re called on the Yes We Plan website) basically interrupt Barack Obama’s lines with their own repeat of the same words. The style of the ad made it rather difficult to understand exactly what was being said. It also made little sense to have multiple men make appearances in the ad, claiming things that also made little sense coming from a man (at least from Planned Parenthood’s typical worldview).

For instance, in the ad, a man says that women are “perfectly capable of making their own choices about their health.” Yes, thank you, of course we are. But capable or not, we have no right to make choices that end the life of a separate, innocent person.

Another man declares, “We have found our voice, and our voice has grown powerful.” I guess it’s beyond me why Planned Parenthood would want a man saying that “we” have found “our” voice, if their point is that women have grown powerful. Doesn’t it make us less powerful, to their way of thinking, if a man has to speak for us?

“Every decision we make leads to new and better opportunities,” says – you guessed it – a man. But wait – I thought, according to Planned Parenthood, that only women have the right to make decisions about abortion. Why, then, do they have a man pretending that he has actually been given the right to have a say in whether or not his child is executed? 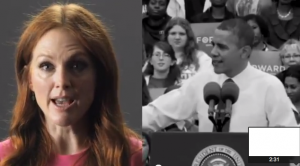 Another man informs us: “The only person who should decide about your health care is you.” Again, why does Planned Parenthood have a man telling us about our rights as women? How exactly does this “empower” us?

And then, these comments: “We have earned the right to be respected.” “We stand together to speak, to fight, to protect our health and our rights.” How and why is a man included in the “we” who have supposedly earned our right to be respected? Liberal women’s rights activists – like the Planned Parenthood type – believe that men have always been respected. So how does it make any sense for a man to claim that “we” have earned the right? And why is another man saying that “we” stand together to protect “our” health when the commercial is about women’s health?

Ahhhh…I am not a fan of fairly mindless political ads. And this newest ad by Planned Parenthood is low-quality, hard to understand, and rather senseless and contradictory. Yes, we plan? Indeed we do. Here are the real plans, for starters:

So what do you think? Has the abortion giant run out of ideas? Is desperation winning the day, rather than Planned Parenthood?