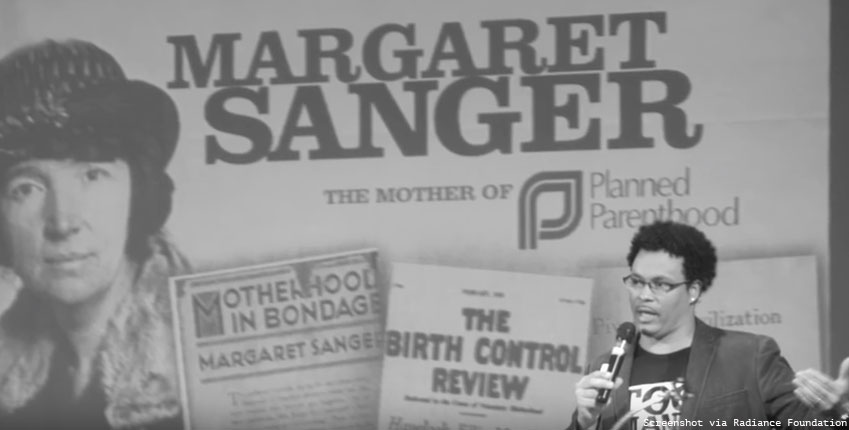 A Maryland Planned Parenthood president appears to have backed out of a local NPR radio interview after learning that pro-life advocate, researcher, and speaker, Ryan Bomberger — founder of the Radiance Foundation — would also be on the show.  Last week, the President of Planned Parenthood of Maryland was scheduled to debate Bomberger regarding state legislation which guaranteed state funding for local Planned Parenthood centers if federal funding was cut. The state measure, which has become the first to guarantee funding for Planned Parenthood (to the tune of nearly $3 million), was approved by a majority Democrat legislature in mid April. Governor Larry Hogan has said he will not veto the measure.

According to a CBS News report:

Maryland will mitigate any federal cuts to Planned Parenthood by directing $2 million from the state’s Medicaid budget and $700,000 for the state’s general fund to family planning services. These measures would sustain operations at the state’s nine health centers and protect access to preventative care services for nearly 25,000 patients.

The measure comes as a result of President Trump’s overturning of Obama’s HHS rule which prohibited states from defunding Planned Parenthood under Title X. It also comes as Congress may be set to ultimately defund Planned Parenthood from over half a billion dollars it receives annually from taxpayers.

Planned Parenthood would like the public to believe that it provides vital services for women.

But statistics from the abortion profiteer’s own annual reports reveal that it does not provide comprehensive health care offered by Federally Qualified Health Centers. In fact, recent investigations by Live Action have dispelled the myth that the organization provides prenatal services at a majority of its locations. Research conducted by the Charlotte Lozier Institute found that while while there are only nine Planned Parenthood facilities in Maryland, there are 132 “better healthcare alternatives” in the state.

What Planned Parenthood does do, however, is commit more than 34 percent of all U.S. abortions.

Supporters of Planned Parenthood ignore those important details, opting only to fund an organization which already nets millions in excess revenue each year.

Bomberger told Live Action News why he believed Planned Parenthood of Maryland president Karen Nelson may have backed out of the debate. “It seemed pretty obvious that they didn’t want to debate someone who actually knew something about them,” he said. “Why wouldn’t the organization that was at the center of the nearly unopposed legislation boast about it’s almost 3 million dollar victory?”

To offer proof of Planned Parenthood’s cowardice, Bomberger broke down the timeline, telling Live Action News that it appears that Nelson backed out just after they booked him for the show. “An email at 12:07 p.m. confirmed that Planned Parenthood would be taking the pro-abortion position,” Bomberger said, adding that he started emailing producers around 1:40 in the afternoon, but “by 5 p.m. Planned Parenthood had backed out.”

Instead of Planned Parenthood, Bomberger debated Maryland House of Delegates member Kathleen Dumais (D), who voted for the bill.

Bomberger, who founded the Radiance Foundation with his wife, has a compelling story which explains his opposition to abortion. As an adopted child, Bomberger learned that he was also conceived in rape. He told WAMU 88.5 host Kojo Nnamdi that he was very passionate about life-affirming alternatives, adding, “I am the one percent that is used one hundred percent of the time to justify abortion.”

The entire debate, which can be heard online, contained some fascinating statistics, most which came from Bomberger.

Dumais, on the other hand, insisted the state measure was about “health services for women” and claimed that federal dollars do not fund abortions, a Planned Parenthood talking point Live Action News has previously dismantled.

Bomberger also pointed out that since Planned Parenthood “has 1.3 billion dollars in assets,” the organization could easily purchase at least one mammogram machine, “and they haven’t.” He went on:

Which is why they spend millions on fighting every single pro-life bill and legislation…. They’ve fought bills to force their staff to report rape in multiple states…. They spend so much time and energy fighting every common sense pro-life legislation…. Abortion clinic standards to make them similar ambulatory facilities. I mean the list goes on and on. So, when they talk about being a leading women’s health care provider, it’s not health care that they’re protecting; it’s abortion.

“They are not irreplaceable,” he said. Callers to the local NPR affiliate then jumped in, attempting unsuccessfully to challenge Bomberger’s facts and details about Planned Parenthood. The organization has been forced to settle Medicaid fraud cases. It’s own annual reports and tax filings show that while the organization’s services and patients have been decreasing, Planned Parenthood’s salaries are on the rise. Bomberger pointed out:

Since Cecile Richards, the current president of Planned Parenthood took over in 2006, the organization has lost 670,000 clients per year – they have plummeted.

They have also done 519,581 less breast cancer screenings since Cecile Richards took over.

And these are the questions I think journalists should be asking- why are these services plummeting? … But what hasn’t plummeted is their salary. That increased 228 percent.

Although Bomberger was clear that he opposed Planned Parenthood because they kill human babies, and have been caught selling the body parts of those children, the host, as well as the guest, continued to insist that federal funds do not contribute to abortion services.

But Bomberger asserted that was ridiculous reasoning for funding the abortion corporation. “Just imagine, for instance, the Federal Government funding the KKK – and the KKK taking the same position. ‘You know what, that money was not used to lynch people.’ Would anybody buy that?” he quipped. “They say, ‘oh, only three percent of our services – quote/unquote – were lynching.’ That’s about as ridiculous as Planned Parenthood claiming that the half a billion dollars a year that they get–”

The host then interrupted to ask if Bomberger was actually comparing Planned Parenthood to the Klu Klux Klan.

Bomberger did not back down:

The host seemed ill-prepared in his knowledge of Planned Parenthood. He sounded as though he hadn’t taken simple steps to look into the organization or view any of its online reports.

The truth is that Planned Parenthood gravitates to media which repeats its talking points and rarely question anything they say. The media has been caught in Planned Parenthood’s web of lies in the past. Often, as was the case here, when articulate pro-lifers like Bomberger show up to publicly oppose Planned Parenthood, the organization finds an excuse to remove itself from the debate.

But Planned Parenthood’s cowardice is also its loss. The real winner in this debate, thanks to Bomberger’s courage and knowledge, was the truth.