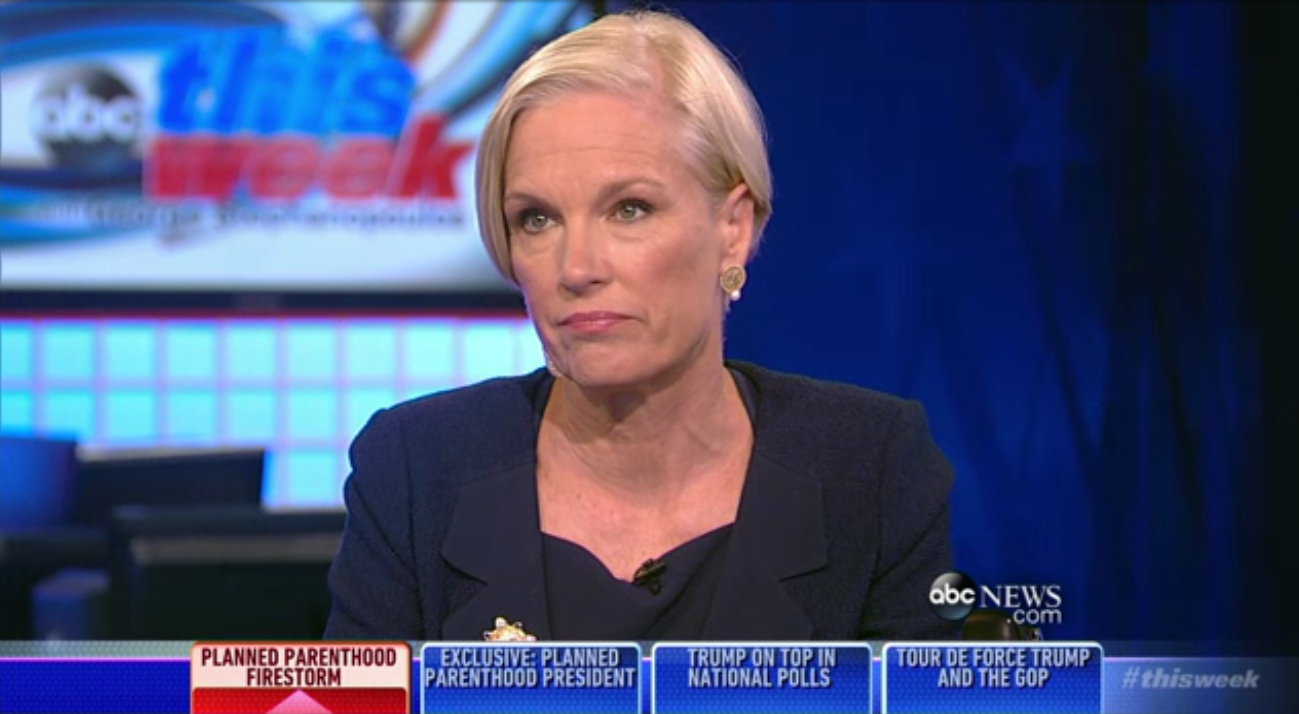 As restraining orders seek to halt the release of more undercover videos exposing Planned Parenthood’s sale of baby parts, the abortion giant has been conspicuously absent from lawsuits against the Center for Medical Progress, the group behind the investigative videos.

The abortion giant’s president, Cecile Richards, is starting to sound nervous about what is to come, and now says she wants all of the videos released. This may show that there is not going to be a lawsuit from the organization. That remains to be seen; however, it seems to indicate the dread she feels at anticipating the soon-to-be-released videos.

“If you’re concerned about what’s going on, you should release all at once. Leaking one at a time, that’s politics.” http://t.co/1Zp8Lam7eA

The Wall Street Journal story she quotes reports on Republican efforts to defund Planned Parenthood. Most of the story reports on the politics, but the reference is a quote at the end from Arthur Caplan, head of New York University School of Medicine’s medical ethics division. Caplan says:

What is bothering me is the leaking of the tapes one at a time. If you’re concerned about what’s going on, you should release all at once. Leaking them one at a time, that’s politics. This type of water torture is to maximize political impact.

Richards shows a rare public moment of weakness here, whether she intended to or not. And the replies to her tweet showed no mercy, for the most part.

@CecileRichards If the vids are the problem, release YOUR OWN vids showing compassionate skull crushing. #PPSellsBabyParts We WILL #DefundPP

You would like that @CecileRichards. That way you wouldn’t get caught in a new lie with every video release. @StephArmour1 #PPSellsBabyParts

@MZHemingway @CecileRichards Torture that is done one at a time, with the drip, drip, drip being the blood of the innocents.

Perhaps the most ironic reply of all was this one:

I think a per item thing works better @CecileRichards. That way they can see how much they can get out of it. https://t.co/BQe3ZwYsRA

If these videos are “fake” and “deceptively edited,” Richards should not care about the release timeline. And if she’s asking for them to be released at once, she may be indicating that Planned Parenthood isn’t going to sue to stop their release.

Richards tries to make it look like an accusation against Republicans playing politics, but her tweet actually shows fear.  The “water torture” —dropping one video at a time like drips in a bucket— creates a constant anticipation of the next drip. Like trying to sleep next to a dripping faucet, there is no rest. Ultimately, everyone knows that the dripping will cause the bucket to fill and then overflow. Richards knows it, too. Her tweet sounds like a desperate cry of “uncle” that she masks under the guise of sounding tough. Instead, she sounds scared.