At Pacific Grove Middle School near Monterey Bay, California, the school district had a plan to allow outside educators from Planned Parenthood to teach sex-education classes. However, those classes have been delayed, and some parents are prematurely celebrating while Planned Parenthood steers the ship toward ensuring the classes go on, unbeknownst to many parents. Newspaper columnist Robin Abcarian, in explaining the backstory in a Los Angeles Times column, just couldn’t hold back her true warm and fuzzy feelings for the abortion provider, writing (emphasis added), “Personally, I love Planned Parenthood. I am grateful every day for its unwavering commitment to public health, education and, yes, abortion services.”

Abcarian is not unbiased when it comes to abortion, but that’s no secret. In 2016, she rejoiced when The Center for Medical Progress undercover investigators were indicted by a grand jury for exposing how Planned Parenthood was selling fetal tissue. Abcarian wrote then that a grand jury’s decision not to bring charges against Planned Parenthood, instead indicting the investigators, was “poetic justice.”

Abcarian’s love affair with abortion and the mother ship of the abortion and sex education home base is well-documented in her own writing. However, in this column her focus on sex ed goes too far in advocating for children all over California to be taught by the abortion profiteer about intimate things their own parents might not choose to teach them at this point in life. Abcarian explains that in Pacific Grove, the issue was that the school district did not provide adequate notice to parents:

The notice was emailed to parents of Pacific Grove Middle School students on March 27: In five days, outside educators from Planned Parenthood would be on campus, teaching sixth-, seventh- and eighth-graders about sex.

The notice did not sit well with a mother of two middle school students…“I really don’t want Planned Parenthood involved in our school,” said the mother, a former home-schooler who described herself as a Christian who opposes abortion. She did not want to be named because, as she put it, “I’m just a normal mom with a normal family trying to raise my kids as I see fit. I don’t want to get involved in any drama.”

She contacted the Pacific Justice Institute, a Sacramento-based conservative Christian legal group that fights against what it considers infringements on parents’ religious rights.

Abcarian describes how PJI contacted the school’s principal, Sean Roach, requesting that the course be canceled, or at least that it be delayed because the school allegedly violated the California Education Code, which required giving parents adequate time to review the class curriculum and opt out if they wish.

But Abcarian is a columnist, which means she’s there to offer her take on situations, and of course, her take is pro-Planned Parenthood. So her choice of language is going to reflect that, such as when she says, “The letter then went a step further, attacking Planned Parenthood.” The implication is that the Pacific Justice Institute went too far in pointing out that Planned Parenthood is a polarizing organization. It is here where Abcarian inserts her feelings of “love” for the abortion giant, apparently feeling the need to defend it. At least her next comments have some objective validity: “Still, I don’t think anyone disagrees that parents should be informed about their children’s education, particularly on sensitive topics like sex.”

But Abcarian’s love for Planned Parenthood should be reevaluated, because the abortion corporation doesn’t show a history of caring about parents’ opinions on what their children learn in sex ed classes; it makes it easier to get customers for its businesses that way. Abcarian’s love for the abortion provider causes her to miss the facts. Her story continues, pointing out:

Lauren Walters, a regional program manager for Planned Parenthood Mar Monte, oversees the sex-ed classes at Pacific Grove. She does not get defensive when challenged. “I think it’s natural for parents to be concerned about what their kids are learning in school,” she said.

Any school can ask her to give parents a preview of what their children will be taught, although Pacific Grove did not. “Very few schools take us up on it,” she said, “and when they do, we find that not many parents come out.”

I shared with her one concern of the middle school mom in Pacific Grove, who told me she objected to having Planned Parenthood on campus because, as the mom put it, “they will tell your children they are allowed to leave school without your permission to get an abortion.”

That sounded a little like right-wing paranoia to me. Except she’s partially right: While California teenagers need permission to leave campus, they do not need their parents’ approval for birth control, abortions or prenatal care. (They don’t need permission to get sexually transmitted diseases or pregnant, either, both of which are far more likely to happen in the absence of sex ed.)

“We give comprehensive, medically accurate information, and part of that is pregnancy options,” Walters told me. “If someone has a positive test, there are three options: carrying on with pregnancy, adoption or abortion.”

The truth is, Planned Parenthood Mar Monte will tell teens a lot of things, and all without parents there. In fact, it has a whole page dedicated to teenagers. It even has live chat for myriad questions about almost everything — with one notable exception: adoption. 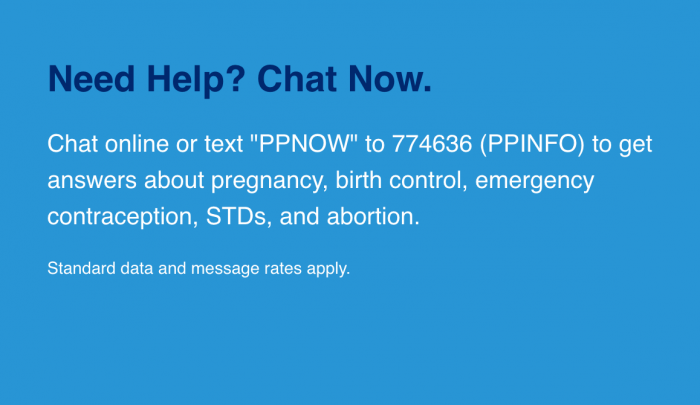 Of course, Abcarian celebrated the indictments of The Center for Medical Progress staffers, so she wouldn’t have also noted that this particular Planned Parenthood was one of the primary offices that was found to be using aborted fetal parts as products for sale to fetal parts procurement agencies, such as StemExpress, so it’s no wonder adoption wouldn’t be a chat option or appear prominently on the page for teens.

And while at the time of the investigations in CA, the state Attorney General (now Senator and presidential candidate) Kamala Harris, refused to investigate Planned Parenthood, but instead investigated The Center for Medical Progress, the fact remains, as CMP pointed out then:

Meanwhile, the Pacific Grove school principal accounts the lack of parental notification to a clerical error. Over on the PJI Facebook page, readers rejoiced in the victorious post, which declared: “Planned Parenthood tried to sneak into a middle school to teach 6th, 7th, and 8th graders about sex. We stepped in and stopped them.”

But Abcarian’s article ends with a statement that says otherwise:

Before spring break, Pacific Grove Middle School parents received another email from Roach: The Planned Parenthood comprehensive sex-education curriculum has been rescheduled for the last week of April.

The fact is, according to district policy, parents certainly can opt their kids out, but it seems the class will go on next week, despite Planned Parenthood’s belief that they, not parents, should be the authority on all things sexual in children’s lives.