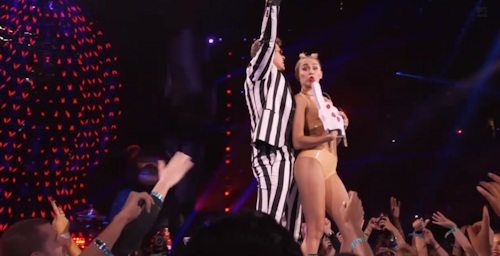 It’s been said that a picture is worth a thousand words. However, an image can sometimes leave one at a loss for words, as the former Hannah Montana recently demonstrated. 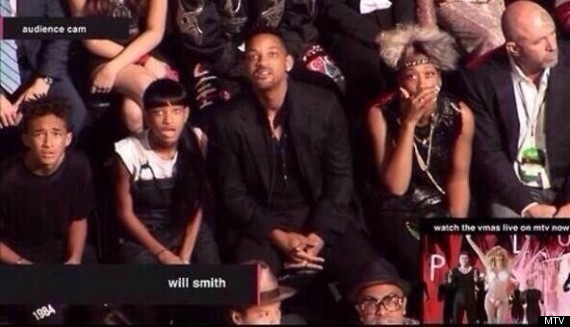 Definitely not jiggy with it.

Words can reveal information about the people who write them. Consider the case of Judy Eason McIntyre, an Oklahoma politician who was photographed in 2012 with a sign that read, “If I wanted the government in my womb, I’d f–k a senator.” This slogan tells us two things about Ms. McIntyre. First, it indicates that her self-esteem is only mid-range. While the idea of fornicating with a mere congressman is obviously beneath her, she apparently lacks the confidence necessary to use a presidential hook-up as her example. Second, it tells us that she is badly misinformed, since intercourse with an elected official is not the only way for the federal government to enter a woman’s body. Typically, it pays Planned Parenthood (America’s largest abortion provider) to intrude on its behalf.

Every day, tax dollars are put into thousands of women, while severed heads and limbs are pulled out of them. This exchange occurs even when its victims have developed heartbeats and brain waves, and can apparently feel pain. If you’re wondering what this looks like, Dr. LeRoy Carhart, a longtime “choice provider,” was kind enough to explain how he would dispose of a patient’s 26-week-old unborn baby: “It’s like meat in a crock pot.” Of course, Planned Parenthood’s supporters say that this sort of government involvement with women’s bodies is a vital part of preserving the “right to choose.” Evidently, the right to choose is quite broad, as it extends not only to women, but to their pimps as well.

In 2011, Planned Parenthood officials were caught agreeing to perform abortions on underage prostitutes who couldn’t speak English. Individuals who presented themselves as pimps were invited to bring girls aged 14 and younger for abortions, with few questions being asked. It’s difficult to see how a child prostitute who is “not going to know what’s going on” has a choice, but your tax dollars are there to help ensure that she does in fact have an abortion.

Planned Parenthood has also aided sexual abusers in covering up their crimes. In 2006, 41-year-old Adam Gault took the 15-year-old girl whom he had been sleeping with to a Planned Parenthood facility after getting her pregnant. This was not unlike the case of John Blanks, Jr., an Ohio man who impregnated his teenaged daughter and then brought her to Planned Parenthood for an abortion. In both instances, an abortion was performed, and the victim was delivered back into the hands of her abuser.

It’s not just statutory rapists and incestuous fathers who coerce women into having abortions. According to one survey, more than half of all abortions are consented to under pressure. Thus, women who might otherwise wish to give their children up to adoptive families or make use of pregnancy care centers are prevented from doing so, all thanks in part to federal funding that keeps abortion available on demand.

Through its annual subsidy to Planned Parenthood, Congress is helping to ensure that women will be subjected to coerced abortions. So those who are truly concerned with keeping the federal government out of the womb should stop talking about sex with senators and start looking at forceps and suction catheters.