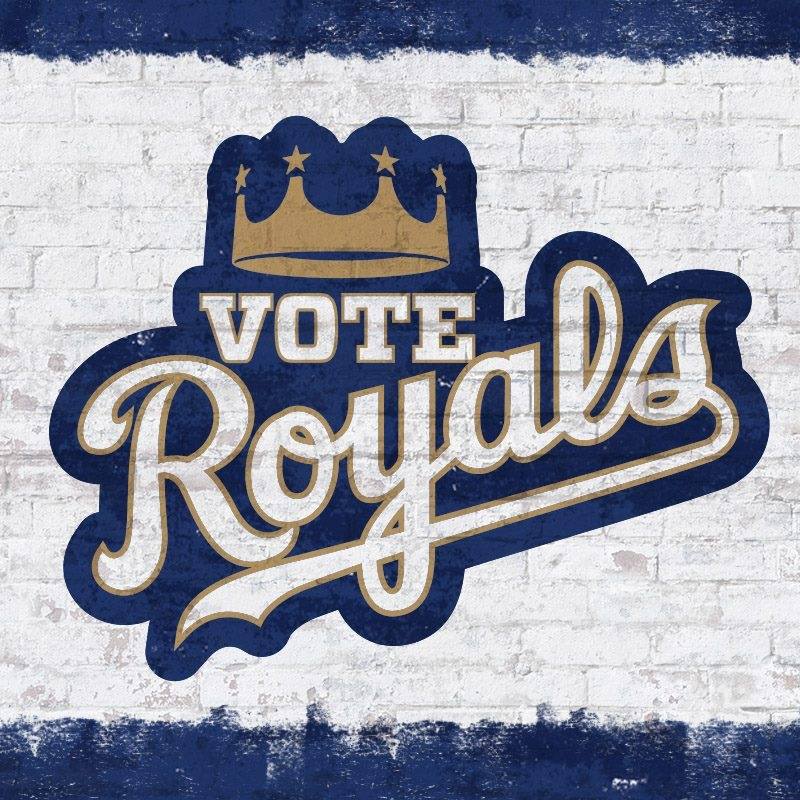 Planned Parenthood, the abortion corporation who claims the right to choose is a non-negotiable, is once again crying foul at someone else’s choice. Their targets this time: an entire baseball team. The Kansas City Royals entered their second year of an advertising partnership with Vitae Foundation, a pro-life media group, and Planned Parenthood is demanding the team bow to its wishes and end the partnership.

What’s so offensive about Vitae that makes the abortion corporation so averse to its advertising? Vitae describes itself this way:

Vitae Foundation is a non-profit, educational organization focused on creating a Culture of Life by using research-based messaging and cutting edge media to inform women facing an untimely pregnancy about local Pregnancy Help Centers; educating the public about the value and sanctity of human life; and restoring the value of life as a core belief in the American culture.

In other words, Vitae stands for everything Planned Parenthood is against, so it seems the abortion profiteer thinks that should mean the Kansas City Royals should not be allowed to partner with them.

The Royals, who were in both the 2014 and 2015 World Series — and won in 2015 — quickly gained a spot in the hearts of Americans because of their comeback in baseball. Dubbed “America’s team,” by many in the media for the exceptional teamwork and skilled plays they made, the Royals became the quintessential middle-America icon. The Royals’ website has a video to attract advertisers which details the wide-reaching influence the team has in both local and American culture. In short, the massive influence and likability of the Midwestern team is exactly why pro-abortion groups don’t want Vitae’s message at the Royals’ games.

Vitae describes what the partnership with the Royals entails here: it includes various print and broadcast ads and an essay contest for 7th graders. But that partnership is simply too much for Planned Parenthood.

Planned Parenthood Great Plains’ representative Elise Higgins sent an email on Monday to all its supporters with the subject, “KS Monitor: The KC Royals Strike Out…“ 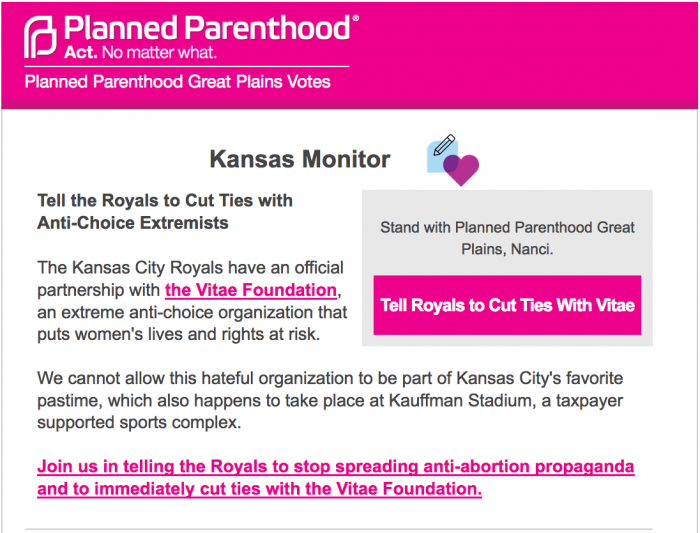 Of all the ironic public statements ever written by the abortion corporation, Higgins’ must fall on the top of the heap when she writes:

We cannot allow this hateful organization to be part of Kansas City’s favorite pastime, which also happens to take place at Kauffman Stadium, a taxpayer supported sports complex.

First, it’s unclear how promoting a culture of life could be deemed “hateful,” even by abortion rights supporters, but to say that the Royals should be forced to drop their partnership with Vitae because the team plays at a “taxpayer supported sports complex” is the classic “pot calling the kettle black” when Planned Parenthood receives over half a billion every year in taxpayer funding.

The Kansas City Royals are not a government-funded baseball team, but Planned Parenthood writes its email in a way that might lead locals to think somehow they are somehow using taxpayer money to speak. It’s so illogical it’s baffling to understand how even the rhetorical gurus at the abortion corporation could think their claims make sense. Likewise, it’s stunning to imagine how promoting a positive view on life and helping pregnant women could be construed as hateful. But Planned Parenthood Great Plains insists this is wrong and has launched an online petition to stop the baseball team from making its own advertising decision. Here’s the message the abortion corporation wants its supporters to send to the Royals: 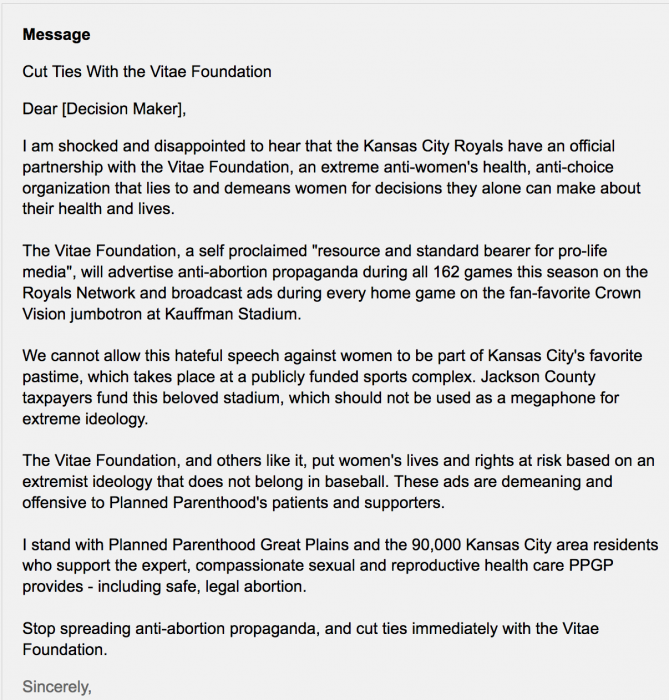 Again, the irony is glaring. Consider these phrases (emphasis added):

The Vitae Foundation, a self proclaimed “resource and standard bearer for pro-life media”, [sic] will advertise anti-abortion propaganda…. We cannot allow this hateful speech against women to be part of Kansas City’s favorite pastime, which takes place at a publicly funded sports complex. Jackson County taxpayers fund this beloved stadium, which should not be used as a megaphone for extreme ideology. The Vitae Foundation, and others like it, put women’s lives and rights at risk based on an extremist ideology that does not belong in baseball. These ads are demeaning and offensive to Planned Parenthood’s patients and supporters.

That said, it is still utterly astounding how a group promoting life, telling women they have options, and sponsoring an essay contest for Catholic school students is somehow promoting “extremist ideology.” And telling women they have value and that their baby is worth saving is not hate speech by even the loosest definitions of the term. Saying that pro-life ideology puts “women’s lives and rights at risk” is as far out in left field as a pitch can go. Vitae’s sponsorship doesn’t compromise anyone’s choice, speak hatefully, demand people do things its way, or condemn people who disagree with them. Planned Parenthood does that all by itself (and commonly lies while promoting its abortion agenda to women).

The audacity of the statement that the “ads are demeaning and offensive to Planned Parenthood’s patients and supporters,” is the most crooked foul ball of the abortion corporation’s game. The Kansas City Royals’ fans are the ones seeing the ads. It doesn’t actually matter what Planned Parenthood’s patients and fans think because it’s not their game. Every person has a choice whether to attend a game or buy a ticket. If they don’t want to pro-life advertising in any form, they can go elsewhere (but they may want to avoid buses and billboards as well).

It’s not up to Planned Parenthood who the Kansas City Royals sell ads to or what values they promote. As much as the abortion corporation wants to control everyone’s choices, despite its “pro-choice” rhetoric, the simple fact is that the Kansas City Royals have the right to sell advertising, promote messages, and do anything else they want with the team’s own baseball business.

Baseball is a family event, especially in Kansas City where families don blue and take their kids out to the ballgame for family fun. It seems the only people who will be offended by Vitae’s ads are the few extreme Planned Parenthood advocates who are so blinded by their own abortion agendas and rhetoric that they think they’re hitting a grand slam when they’ve already struck out.