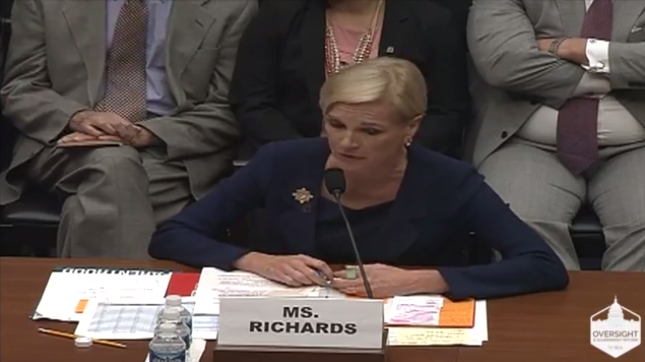 When asked by Rep. Diane Black before the Oversight and Government Reform Committee if she acknowledges that there are more comprehensive health clinics across the country than Planned Parenthood facilities, Richards said, “I am happy to acknowledge that.”

Ms. Richards’ statement comes in the wake of public scrutiny over whether Planned Parenthood should continue receiving federal funding after executives were caught on tape discussing the sale of aborted baby parts.

In response, Black affirmed that these health centers provide a number of services not offered by Planned Parenthood, such as mammograms, which an investigation by Live Action reveals.

The statement by Ms. Richards flies contrary to the claim by abortion advocates and mainstream media that Planned Parenthood is necessary for the health and wellbeing of woman. The number of comprehensive health clinics, in fact, outnumber the abortion giant 20 to 1.

These maps by Alliance Defending Freedom show that women would be far better served if Planned Parenthood’s over $500 million in annual taxpayer funding was redirected to these centers. Black, who served as a nurse for many years, contended that “abortion is not health care.” That is why, Black said, she advocated to redirect Planned Parenthood’s taxpayer funding to real health centers.