In the detailed 500-page Majority Report released by the Senate Judiciary Committee in December 2016, the inner workings of the baby body parts industry is laid bare. Along with Planned Parenthood, Advanced Bioscience Resources (ABR), Stem Express, and Novogenix are the main named players. It is also revealed that a number of undisclosed, independent abortion facilities allowed the body parts of aborted babies to be harvested and sold.

Planned Parenthood Federation of America (PPFA) — who the report names as potentially guilty of federal criminal conspiracy — takes great pains to explain to the committee that the majority of its affiliates’ income never came from charging money for aborted baby body parts. And yet, the report describes how and why such a claim is irrelevant. What matters, the report asserts, is that Planned Parenthood did indeed bring in money from companies in exchange for the bodies of aborted babies, and it cannot be fully accounted for in costs.

PPLA and PPPS are two of the PP affiliates that commit abortions on viable babies as old as 24 weeks, as this Live Action News report details. With modern medical care, babies at 24 weeks can survive at a 65 percent rate.

Baby Toby, highlighted here in a Live Action video, was born at 24 weeks:

Of course, Planned Parenthood says that the $55,040 they received for these 1,132 babies — which, according to federal law, must be a reimbursement for an actual expense — is accounted for, and PPFA sent several spreadsheets to the committee, detailing the costs its affiliates allegedly incurred. However, the committee points out that federal law is very specific on what costs may be reimbursed: “reasonable payments associated with the transportation, implantation, processing, preservation, quality control, or storage of human fetal tissue.”

Conveniently, Planned Parenthood does not stick to this clear list. Instead, its spreadsheets are filled with many other claimed costs. “Management and general overhead” is named again and again: 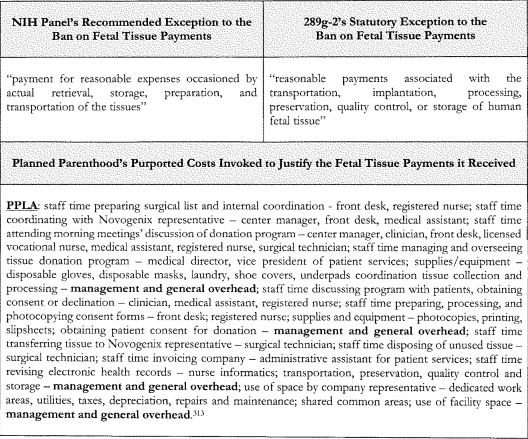 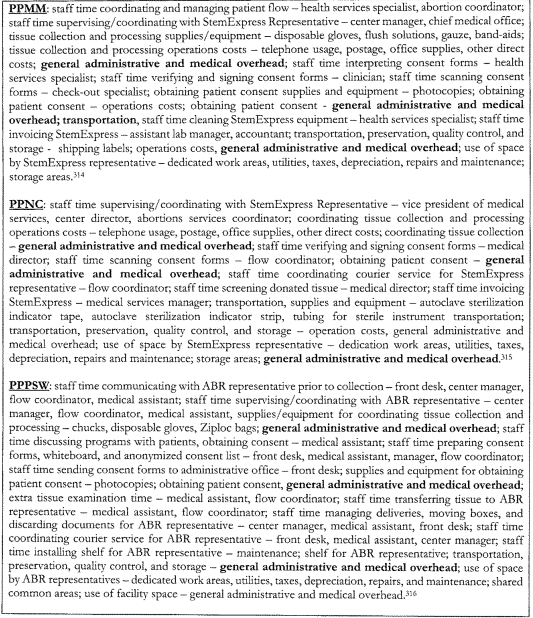 Despite the lists and abundance of words, there is one point that truly matters: More than $55,000 exchanged hands for 1,1032 babies. These 1,032 babies were carved, chopped up, sliced, parted out, and FedExed. As the exhibits in the report detail, their eyes were popped out of their heads and sold separately. Their brains and livers were mailed away. Their skin and skeletal muscles were peeled off and shipped in a box.

These — and more — are the things that happened to the 1,032 babies Planned Parenthood admits to parting out.