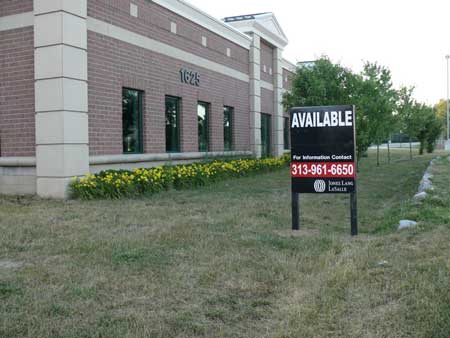 A happy ending to a long fight in Michigan.

In what pro-life leaders are calling a “huge victory for life,” Planned Parenthood has settled a lawsuit and quietly put the 17,050-square-foot building it purchased in Auburn Hills, Michigan back on the market for sale.

Pro-lifers are cautiously jubilant. “We prevailed in what was set before us,” said Dr. Monica Miller, director of Citizens for a Pro-Life Society (CPLS), who spearheaded the opposition against Planned Parenthood of Mid and South Michigan (PPMSM). “There will be no abortions out of there but we are watching to see if they are still looking for other places to open a clinic in Oakland County.”

PPMSM announced that they intended to open a “full-service” clinic in Oakland County in April of 2010. In November of the same year, they purchased the prime property on N. Opdyke Road, local to several high schools, colleges, and universities. From that location, they could also target the African-American population in nearby Pontiac.

The community petitioned and gathered 10,850 signatures and presented them to the Auburn Hills City Council and to Washington, D.C. CPLS organized a steady stream of protest rallies with speakers that drew hundreds to the site.

Residents promised to boycott any local contractors who would agree to develop the empty building. Lastly, but most of all, they called for prayer.

Believing that prayer was something that everyone could do, Miller said, “We need your prayers! Everyone should be praying daily and fervently that this abortion clinic will not open! Pray to stop the killing. Pray for the vulnerable women, the abandoned and lonely unborn child who wants to live. Pray that funds will be cut to Planned Parenthood[.]”

The fruit of all this effort and what appears to have won the day was a legal battle that began after Real Estate for Life founder Dave Theisen discovered a covenant deed restriction limiting the property to office, retail, or restaurant use only. The owners of the property, practicing Hindus, tried to enforce the deed restriction, causing PPMSM to file a lawsuit.

The building remained undeveloped while the judicial process played out. In the courtroom, Judge James Alexander decided that more time was needed before deciding on whether Planned Parenthood could call itself a “medical office” as a type of office under the restriction or whether Defense Attorney James Carey could define what a medical office means. Alexander ultimately ruled in favor of Planned Parenthood, but not until more than a year had passed from the time the land had been purchased.

Planned Parenthood lost hundreds of thousands on the property in the meantime. After 18 months of fighting to develop the empty building into an abortion mega-clinic, Planned Parenthood has settled the lawsuit, agreeing that they will never perform abortions at the site.

Details of the settlement are confidential, and Lori Lamerand, CEO of Mid and South Michigan Planned Parenthood, never admitted that they were in a financial bind, but rather claimed that the organization had decided not to waste money on “frivolous litigation.” Lamerand insists in the Oakland Press that PPMSM is content with the settlement. “Even though the lower court agreed that we had every right to operate a medical office on the site, we’ve decided that we are not going to spend more time and money litigating their baseless claims,” she said. “Instead, we will focus upon providing critical health care services. We have not wavered in our commitment to opening more centers in Oakland County.”

Attorney James Carey said that in the settlement, Planned Parenthood and the hotel owners agreed to amend the restrictive covenant so that no abortion services will be permitted on the property.

This is something you can do in real estate, says attorney and pro-life leader Rebecca Kiessling. “Property owners, you can keep an abortion clinic from opening. Stipulate it in your deed. Add the words, ‘in perpetuity’ and an abortion may never been performed on your property!”

Kiessling is happy with the outcome of the Auburn Hills battle. “It is a great victory! It gives me the chills!” she said. She gives credit to many people coming together and using their “skill sets” – particularly  Theisen for his research and Carey, who offered his work pro bono. “This was OUR community that was being targeted,” he said.

Added Brenda Savage of Birth Choice Pregnancy Center, “Our prayers are answered! … to see this change is a reward that must be recognized for what it is: God is encouraging all of us to keep alive the mission to respect all life from conception to natural death … and to do so peacefully … it is a joy to be associated with so many caring and dedicated individuals.”

Dr. Miller wants to encourage others who may be caught up in a similar battle. “Be encouraged!” she says. “Don’t be defeatist but act! Trust in God, be vigilant and stop them!”